‘We are not getting into the food delivery business,’ says Albinder Dhindsa, Co-founder of Grofers 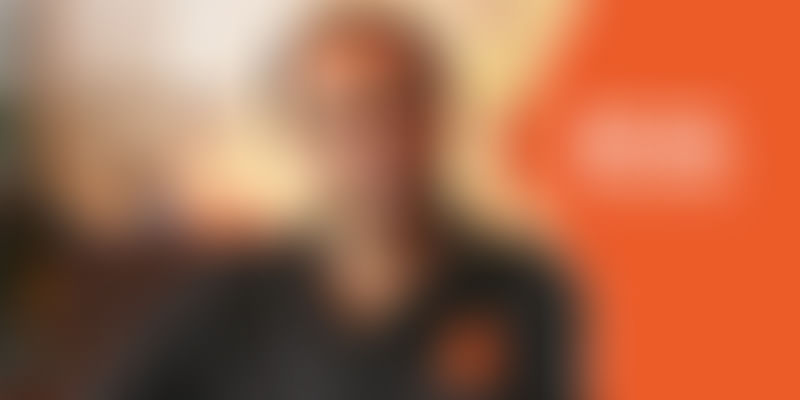 More than $45 million in funding; rocketing gross valuations above $110 million and recent acquihire of SpoonJoy: the times clearly seem to be favouring Grofers.

Last month, this orange brigade alone forged 140 marketing partnerships, including with big names like Pepsi Co and Kwality Walls. At present, Grofers sources its products from 800 unique merchants and 2,500 outlets across the country.

So what is up with this hyperlocal delivery startup? We caught up with Co-founder Albinder Dhindsa to understand more.

Last month, there were talks in the market about SpoonJoy being acquihired by Grofers. Confirming the news, Albinder tells us:

“We acquihired SpoonJoy’s team to help us build Grofers; we don’t have any intention to go into the food delivery business.”

He adds that two-and-a-half years ago, the company experimented with good deliveries while being a delivery-only service. However, it soon became clear that it wasn’t a business they would like to be in.

“So we concentrate on product delivery, making sure that we work with enough local merchants and categories,” he explains.

So was it SpoonJoy’s operation capabilities which Grofers wanted to tap on? Albinder says no. He says that they really liked the team at SpoonJoy which created a great product, but unfortunately they weren’t able to scale it up owing to the food business they were in.

So the entire team came and joined Grofers with ESOPs given but not really a transaction as such. On acquiring business-to-business logistics service provider Townrush, Albinder says that only a few people joined Grofers as Townrush is a shut entity.

In the past weeks, the hyperlocal startup has ventured into newer categories of sports and home goods with electronic appliances.

“We think these categories are going to be the future of Grofers. But food is not really on our roadmap,” Albinder adds.

Grofers having a good time from the slowdown

He notes, “This is a good time for the market as your customer acquisition costs go down with less competition for the same consumer, especially when you are in a category where early adopters are driving the majority of the business. Also, you start seeing an advantage where you start getting good talent in the market at a reasonable price. It’s a good environment to run a business.”

Although one feels bad for the companies which have to shut down during this time period, Albinder notes that in the long run it is healthy for the ecosystem. For him, the slowdown gives companies a real shot at actually building big businesses rather than being in a hyper-competitive market which is not really healthy and sustainable in the long run.

“This is the time you consolidate to build your core capabilities and get the headroom to establish yourself in the market,” he adds.

So, will Grofers be looking at more acquisitions or acquihires?

Albinder says that the company will be as opportunistic about it as possible.

“We are building a business where we don't see a lot of receding businesses. So business acquisitions don’t make much sense for us. But if we like a team which we think will add some value, we will do it,” he explains.

But with investments more than $45 million ploughed, is Grofers over-funded? Albinder says the money raised wasn’t for experimentation and that they knew exactly what they had to build.

“Once we raised our first round, we were actually doing really well. But we wanted the comfort of not going to the market again and raising more funds for more time. The reigning philosophy should be that if you are in a competitive market and if you can raise capital on good terms, then you should do that, rather than having to do it in a tougher market.”

The venture raised a round of $35 million in April this year.

The company is in the process of raising its next round of funds according to sources. Albinder declined to comment.

However, a recent experimentation implemented by the company entailed naming their delivery ecosystem after their initial company name - One Number.

“We were trying to understand how our delivery runs. We renamed our delivery ecosystem 'One Number' to differentiate it from our consumer ecosystem. But we realised that it was too complicated and difficult for people to understand. So we renamed it 'Grofers' again, and ended up merging them.”

An ex-operations employee, on condition of anonymity, said he lost his job when these experiments were on. According to him, around 250 delivery boys and a few from the operations team were fired across Delhi and Bengaluru.

Albinder counters that the changes were part of the regular “operational churn” of a growing company.

“If we were firing 40-50 employees, I would’ve known. This is the nature of the industry. We have 870 people in operations and 4,500 delivery boys. Now the churn seen could be anywhere between five and seven per cent in the ops team and up to 30 per cent amongst the delivery boys.”

As it enters into newer and more innovative categories, it will be interesting to observe how sustainable Grofers’ business model will be in the long run.