How this Bengaluru-based platform caters to ethnic needs of masses 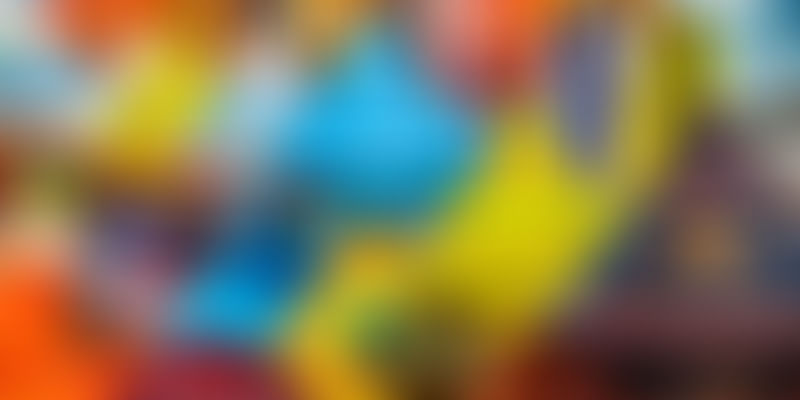 While with Amazon Varun Bantia realized the endless opportunity in the innovative handcrafted products that the masses are uninformed about. Varun, who originally hails from Rajasthan, decided to combine his love for ethnic handicrafts and the knowledge of e-commerce to create a platform that caters to all the ethnic needs of the masses. He started preparing and planning for a venture and soon after quit his Job at Amazon.

In August 2015, Varun launched The Ethnic Story, a one stop e-commerce platform which sells ethnic and traditionally designed products such as ethnic home décor items, jewellery, apparels, accessories, and corporate gifting products etc. Initially for the first few months, he had to run the show all by himself. Later, he was joined by Deepesh Darla, who is now part of this team.

“The Ethnic Story is a platform where we bring craftsmen and buyers at on one platform. It is not an inventory based model but we have tie up with various vendors and craftsmen all over India; we help them with the photography and get those products on our site. Besides associating with core artisan and craftsmen, it also works with designers who paint and design home decor and gifting products,” says Varun, Founder, The Ethnic Story.

On his new entrepreneurial journey, he says that every day there is a new struggle coming, in terms of connecting with prospective craftsmen or the working capital to run the day to day activities. There is struggle in every step he takes. It’s a humble beginning for him and he has a long way to go.

Varun started out the e-commerce platform with the initial investment of Rs 4 lakh, which included all his personal savings, PF and other savings. The major chunk of money was invested on branding, website development, social media marketing and setting up small office space. “It’s been three months since we started this venture and looking at scaling up our business, and are looking at raising funds for the same.”

Ethnic Gifting and Handicrafts is a very big market and possess immense opportunities and challenges as well. Indian handicrafts are exquisite and valued worldwide. Every Indian state has a variety of handicrafts reflecting their enormous history and religious values and owning a piece of such magnificence is a matter of pride.

The platform received a good number of orders during Diwali and the festive season. It claims to have more than 25000 plus visitors on its website. “Considering this we think there is great prospect for these products and our venture.”

Down the line it would also like to implement augmented reality into its website and have customization option. “Right now we have products only from the region of Rajasthan and Gujrat, but we will also increase the category and region wise buying options on the website,” says varun.

Varun believes that the challenge in this segment is to offer different and unique designed products and to find the right craftsmen for the right kind of product.

In the Indian market where almost USD 5,000 million art and craft products are exported annually, many new players are making entry into the segment.

The Ethnic story has a direct competition with Indianroots, Craftsvilla, and Indikala to name a few. Besides, it’s also competing with other biggies like Flipkart and Snapdeal, who also cater to this segment. However, The Ethnic story differentiates itself from these platforms in terms of product category. It says though Indianroots and Craftsvilla are concentrating more into ethnic apparels, it will offer ethnic home decor and home furnishing products.