This student from Mysore has created India’s first motorized skatebike 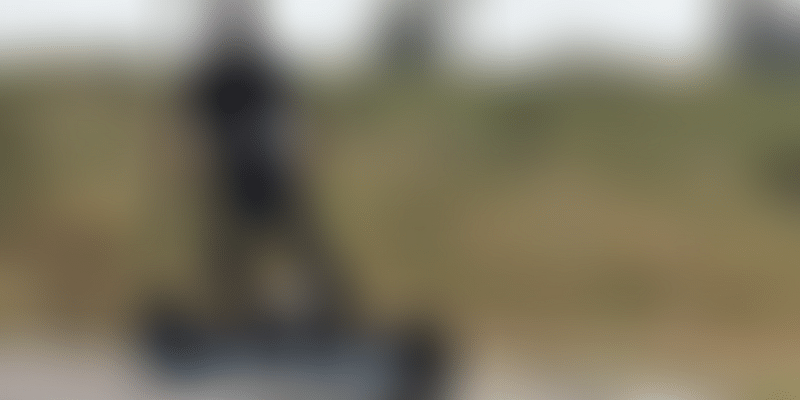 Can’t choose between a bike and a skateboard? Now you don’t have to, as Ratheesh M.Y, a student from Mysore has come up with an unusual concept vehicle called “Skatocross – The Skatebike” which is India’s first motorized skatebike.

An integration of a motorbike and skateboard, it has a handheld module to control with two wheel sets, the riding style is as if they are on a skateboard. It weighs about 40kgs and runs on a 70cc two stroke petrol engine.

The prototype was designed and developed in Mysore which cost approximately around Rs 60,000 and two years of time. “We have used fresh and used parts to experiment with the design and to build the first prototype,” Ratheesh says.

Skatocross has a design registration from Indian Patent Law and also has the certification for the conceptual design by PACE (Partner for the Advancement of Collaborative Engineering Education) the final of which was held in Italy in July 2014.

Ratheesh’ Skatebike can currently reach a top speed of 60 kmph, which he believes can be increased with modifications. “The big picture on the concept Skatocross is to make it available for all the gearheads and to give it as a new motor sports,” he says.

Update – Suraj Kustomz has brought to our notice that he had deviced something similar a year year ago. Here is his video –

Think Change India could not independently verify or refute the claims of either of the two individuals. We are putting both sides out there and will leave it to you, the readers, to decide who did it first.