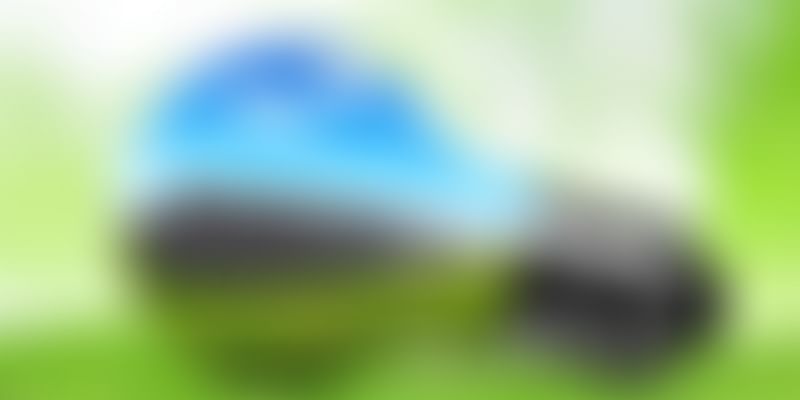 The Solar Store, an online store in Lucknow, was established in 2008 by Yogi Tripathi to ensure that solar energy is effectively used in everyday means. Yogi, 33, is a mechanical engineer from the Army Institute of Technology, Pune, has always had an interest in solar energy and its benefits. He also went to Australia to pursue his masters in Solar Energy, but returned after two months thinking he needed to do some real work in the space.

Several different ideas like solar cell making plants and electric cars cropped up. Yogi was even successful in converting his Maruti 800 into a solar electric car with a range of 60 kms.

Yogi adds that the car came with 2KW solar panels with a cost of Rs 5 lakhs. He says that it could save the cost of fuel consumptions and even reduce electricity bills. The single charge of the car would cost Rs. 45–50 for 60 km, whereas the same distance in a petrol car would be Rs 325. He claims that the battery could last for 50,000 kms.

However, Yogi found that there were several financial constraints and decided to work on projectors and solar energy gadgets. In 2010, when Yogi developed several test products, like electric cars and home emission control systems, he received market feedback that India was in its nascent stages and it would be a great place to begin with low cost products.

Every year, India uses around 360 crore AA/AAA/C and D cells, which is discharged. Solar Store decided to build battery chargers with the rechargeable NiMh cells. “This lasts close to 1,000 charge/discharge cycles. We also have our solar cell chargers, which ensures that the batteries can be charged anywhere using sunlight,” adds Yogi.

Solar Store has targeted market suppliers like Eveready, Nippo, and Duracell. Yogi says that earlier they would get sales of close to Rs15,000–20,000 a month.Today, he claims that they are generating sales of Rs1 lakh per month.

The limited profits again get eaten up into operational expenses leaving with no advertising budget. Despite various efforts, Solar Store is yet to find a capital investor. “As far as my knowledge goes, we are the world’s cheapest supplier of cell converters and the only solar cell and mobile chargers manufacturer in India,” says Yogi.

Yogi adds that they are working on unique innovations, which include motion sensor based street lamp, only 18W power consuming battery powered air cooler, and auto cut battery chargers which not only stop charging the 12V battery when full, but also auto disconnect the power supply.

The team is aiming to raise Rs.10 lakhs for online visibility and Rs.50 lakhs to work on developing a dealer and distributor network. The team is seeking crowd funding at Ketto.

Although there is an increasing awareness of the benefits and use of green energy, India still has a long way to go when compared to its western counterparts. Globally, the concept of solar mobile phones, heating devices, and chargers isn’t new , but it is yet to create a dent in the Indian market.

Also like other manufacturing materials, the manufacture of solar products depends heavily on China and Taiwan for its imports. Nevertheless, the idea of green energy is slowly picking up in India. How far Solar Store will ride the wave is yet to be seen.