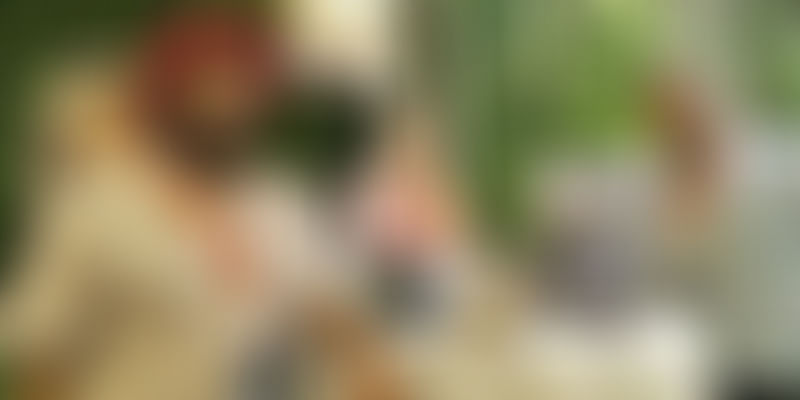 SavvyMob, an on-demand mobile marketplace for last minute hotel rooms in India, has raised seed investment led by Mohandas Pai’s Aarin Capital. Other investors in this round include members of prominent business houses in India and angels from online funding platform, LetsVenture. The amount of funding raised was not announced. Founded in 2014 by Bikram Sohal and Gappan Annamalai, SavvyMob’s USP is the ability to offer unsold hotel inventory to last minute travellers at the lowest possible price.

Bengaluru-based SavvyMob launched its mobile app solution in 2014, starting with 10 Indian cities. It currently has a five-member core team, managing everything from technology to sales and marketing. The startup looks at tech-savvy ‘millennial’ travellers, in the age group of 20 to 35, as its target market.

SavvyMob aims to solve pain points of travellers and hotel chains. With unpredictable schedules, travellers sometimes end up paying exorbitant prices for hotel rooms if they land at a hotel without confirmed booking. Travellers end up occupying the more expensive suites, for lack of better options. On the other side, there are many hotels that lose out on revenue due to unoccupied rooms and inability to market their offerings effectively.

Through a 48-hour booking window and technology driven process, SavvyMob looks to increase their partner hotels’ yield through incremental room and F&B sales. For travellers they provide a birds eye view of hotels in their area in their budget range without having to plan too much in advance.

Bikram(45) functions as the CEO of the startup and brings to the table 15 years of experience in the Internet, mobile and media industries. He has an MBA from Yale and did his under-graduation from Punjab Engineering College. Before co-founding Savvymob, he had launched and grown digital brands across APAC including CNN Travel, Aol.com, Engadget and Autoblog. His co-founder Gappan (34) functions as the startup’s COO and comes with over 10 years of consulting and operations experience in the digital industry. An alumnus of Ohio State University, he had managed expansion of Aol’s digital brand across APAC.

Bikram and Gappan plan to use this funding to ensure the success of their customers and to further accelerate their growth. Bikram said,

We will be adding on-demand hotel inventory of over 5,000 hotels across over 100 cities in India onto our mobile marketplace in the coming few months.

With this round SavvyMob will also expand its marketing effort to target the business and leisure millennial travellers who are looking for good deals for their unplanned or spontaneous travels.

Talking about the sector and the funding, Mohandas Pai, Co-Founder of Aarin Capital said, “With growing smartphone user base in India, SavvyMob is in a great position to be the go-to last minute hotel booking partner for SMEs and independent travellers. Strong relationships with hotels and a strong technology platform makes the startup a leading aspirant in this space.”

Closer home in India, there is Rooms Tonite which recently raised 1.5 million in funding and HotelsAroundYou. Though not solely in the last minute hotel booking space Softbank backed Oyo Rooms and ZO Rooms are prominent players in the hotel booking space. Oyo and ZO Rooms are infact two of the key hotel chains on SavvyMob’s network. There are reports that Oyo is in talks to acquire ZO Rooms.

SavvyMob’s services are at the intersection of the travel and mobile industries. It is projected that India will reach 236 million mobile Internet users by 2016, and 314 million by 2017. India is also projected to be the fastest growing nation in the wellness travel and tourism sector in the next five years, clocking over 20 per cent gains annually through 2017, according to a study conducted by SRI International.

Though it is still early days for the last minute booking space in India, the emergence of smartphones, millennials with ever changing schedules make this an interesting market. Also it will be interesting to see if ‘dynamic’ or ‘surge pricing’ that is prevalent in the cab booking space enters the hospitality sector in the future.

(Disclaimer: Mohandas Pai is an investor in YourStory)