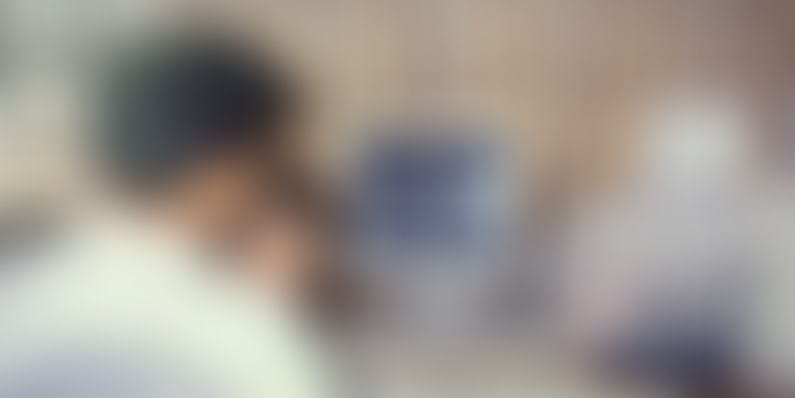 While studies, games and entertainment are probable interests and priority for a typical 16 year old, Tanay Kothari has a different approach and decided to tread the path of entrepreneurship. Tanay studies at DPS, RK Puram and is a nothing less than a prodigy. The way he talks about his startup Proximity in particular and entrepreneurship in general can mesmerise even the seasoned of the trade.

Tanay started professional coding at age 12 by making fun games and apps to trick his friends. Currently, he’s a fluent coder in of over 20 programming languages.

Besides coding, he also wrote a research paper on diagnosing early-stage cancer through image scans and is now building software to make this a reality. Last year, he was selected to represent India on a NASA project to design space settlements, and headed engineering teams from five countries in the competition. He has won a silver medal in the Asia Pacific International Olympiad (in May 2015) and a bronze medal at International Olympiad in Informatics.

Tanay had a CGPA of 10 in his matriculation and secured numero uno position in the school (DPS, R.K Puram) by scoring 94. 0 per cent during Class XII mid-term examination. He claims to be a few students in India to achieve a full 36/36 in the ACT (similar to the SAT exam), and is one of the youngest Microsoft Certified Software Developers (MCSD in C#), at the age of 16.

Tanay’s father, a frequently traveller, used to often talk about how he bumped into an old friend in a restaurant, after having lived in the same place for six months. During that time, Tanay was interning at Investopad, providing technical assistance to other startups.

Arjun Malhotra (one of the Co-founders of Investopad) and Tanay discussed this pain-point. Arjun too faced the same issue frequently, being a traveller himself. The duo along with Ishaan Parwanda realised the need for the social travel app and developed Proximity. Tanay learnt iOS development in just five days to develop Proximity.

Proximity lets you see which city your friends are in via social media and their trips and notifies friends when you visit their city. It also helps you fix meet-ups and create public or private plans to invite your near and dear ones. Currently, the iOS version of Proximity has over 250 downloads without any marketing efforts, while the Android version is underdevelopment and is slated to hit PlayStore by April this year.

It recently integrated new features including Uber on call and map assistance to figure out where your friends are heading. Proximity can also be used for environment friendly initiative like carpooling and app calling feature using Sinch

Tanay was fascinated by coding at a very early age and has been coding since Class VII. A year later, he tried his hand at Windows platform and built some simple applications, but soon realised that Windows has a limited reach and future. Tanay says:

In Class IX I was exposed to other programming languages and have chosen to immerse myself in developing applications for iOS and Android devices.

On balancing coding and classes at the same time, Tanay says,

I have a penchant for coding and I do it after my school hours. I don’t go for tuition and coaching classes that probably helps me strike a balance between academics and Proximity.

In 2013, Tanay participated in his maiden hackathon that had over 100 participants coding for 30 hours. He says, “The challenge at my first hackathon, two years ago, was to develop a natural language-processing algorithm to apply context-based auto-correction to human speech.

The algorithm had to understand what the user was asking for. This was vaguely ironic for Tanay and he couldn’t understand anything at all. He adds,

There were doctoral students and professional developers writing thousands of lines of convoluted code and complex data structures.

Although Tanay was initially stumped, he did not give up. Working through the night, he managed to write a hundred line algorithm that could correct ‘hat stamds’ to ‘hat stands’ but ‘paper stamds’ to ‘paper stamps’, and then parse the sentence to comprehend what the user meant.

Complex problems can always be broken down into chunks and solved creatively, be it math, programming, or life. Embrace nothingness. Be the blank slate.

Tanay is planning to pursue engineering from top-notch institutes in the United States. However, he isn't willing to lose focus on his venture. He emphasizes with great confidence

Studies and startup can go hand in hand. I have been doing it while I am in school, so it can be pursued in college too.

Update: The post earlier mentioned about Tanay is the only Indian student to score 36/36 in the ACT (similar to the SAT exam), however there are few more in this league.