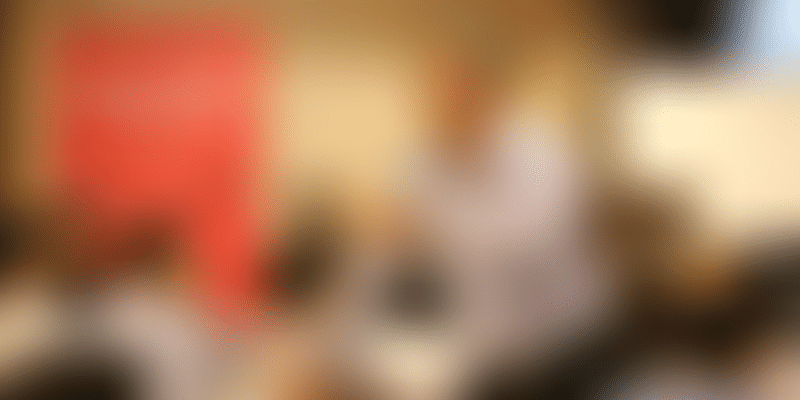 Back in 1991, B.S. Nagesh joined the Raheja Group as General Manager. He was trusted with the responsibility of setting up the Group’s retail arm and given the responsibility of setting up its first retail store, in Andheri Mumbai. The store’s name? ‘Shoppers Stop’, and the rest, as they say, is history.Nagesh stayed with the Raheja Group for 21 years and rose to become the Managing Director and CEO of Shoppers Stop, remaining in that position till 2009. Bestowed with innumerable awards and accolades, he is an industry stalwart.

In India there are 33 million people who work in retail and eight million kiranas and small retailers. There is one kirana for every 175 people. With that kind of retail density, retail is an integral part of our society and our business. Very early in my journey in Shoppers Stop, I felt at a personal and professional level that not much has happened in the system for the front-end associates.

He narrates an incident where a lady sales associate succumbed to burn injuries. The lady was survived by her husband and a three-month-old daughter. Nagesh and his wife went to visit the bereaved family and their plight made him realise that while the business and many people had grown manifold in the retail industry, the retail associates had neither grown in compensation or education, nor have they been given avenues to grow. “We did have a lot of changes in Shoppers Stop, but as an MD I could do only so much and nothing outside the industry,” he says.

Another such incident instilled a drive to bring about change, after stepping out of the formal professional role at the age of 50. He adds,

Nagesh was responsible for setting up the Retailers Association of India, which is the body of retail.

In 2011, Nagesh founded TRRAIN – Trust for Retailers and Retail Associates In India, a public charitable trust. TRRAIN was set up with the vision of empowering people in retail, and it works to achieve immediate and lasting change in the lives of the retail workforce (those present on the shop floors and back offices and belong to the low-income group) at their workplace and their homes. It works very closely with large retailers in India to bring about this much-needed change.

Ameesha Prabhu is the CEO at TRRAIN. Nagesh and Ameesha insist on not referring to TRRAIN as an NGO, and, instead, call it a ‘business for non-profit’. They say, “We want to call it a business because we want it to build it to scale like any other business. Someday, we might have surplus as well.”

Nagesh has known Ameesha since 1992, when she joined Shoppers Stop as a sales associate. She quickly rose to the position of buyer and, thereafter, had a rapid growth in the retail business within Shoppers Stop and outside. She pursued an MBA and also did a stint at Crossword, before heading the non-food business at ‘More’ and ‘Star Bazaar’ at Tesco International.

Nagesh is all praises for Ameesha’s journey. He adds, “Since she has risen from the level of a sales associate and become the CEO of the trust, she has tremendous empathy for the retail fraternity. Therefore, she was the ideal candidate for the role of a CEO. Since she has spent more than 20 years in the retail business, she understands the functionality of the business thoroughly, both from the operations side as well as strategy.”

The following are TRRAIN’s initiatives:

Pankh, a joint initiative with Youth 4 Jobs Foundation, trains people with disabilities to become job-ready in the retail sector. Ameesha points out that out of 110 roles identified in the retail industry, 34 could be easily performed by people who might have locomotor, speech, and hearing disabilities. The programme runs in 24 centres across India. The goal of this initiative is not just empowerment and opportunities, but also inclusion in the retail space.

Retail Education Program, a collaboration between TRRAIN Foundation and Aptech, to help retail associates become tech-savvy and on top of their game in the retail and hospitality sectors. Some of these associates might not have had the chance to explore this skill-set in their formal education. The tailor-made courses help them upgrade their skill-sets, deliver a superior customer experience and also open many opportunities for them.

The best must be a benchmark for others. This is precisely what TRRAIN Retail Awards aims at. It finds the exemplary performers in retail and recognises their work on the national platform. It creates industry case studies and benchmarks for customer service excellence in retail in India.

Retail Employees’ Day, celebrated every year on December 12, is small gesture to thank the largest and most load-bearing layer in the retail industry – the retail associates. If you think about it, it is the retail associate who makes your shopping experience a happy one. They’re the ones scampering for a smaller size, a different colour, another option while the customer belts out his/her requirements.

Since 2011, 2,300 persons with disabilities have been employed under ‘Pankh’. The number of retailers offering them job opportunities has grown from three to 60. A white paper published by TRRAIN in collaboration with Accenture shows that attrition rates among Pankh students was very low. It’s been a mutually beneficial association between the retailers and the retail associates.

The Retail Education Program, along with Aptech, has invested 9,500 hours in training 6,700 individuals with tailor-made training capsules. A study conducted by TRRAIN states that more than 40 retailers have benefitted from this programme.

Retail Employees Day has now reached over four million employees, with more than 400 brands joining in. The TRRAIN Retail Awards for customer service excellence has seen more than 100 retailers welcoming the initiative in the last four years.

Ameesha elaborates on a key challenge:

You realise that one of the key takeaways is that you have to work very hard when you have to advocate a concept. It is not very easy for people to support or subscribe to something, which they themselves have not gone through.

Nagesh and Ameesha know that the road ahead is an uncharted one with challenges galore, but that doesn’t deter the duo who have the five-year plan in place.

Nagesh says that in five years, he wants TRRAIN to play a major role in the development of the modern retail sector in the country. He adds, “We would be able to establish TRRAIN as one of the most credible and trustworthy NGOs in the field of retail. As an organisation, TRRAIN will be known for its practices, both in terms of its processes and people. It would have built technology solutions for retail associates’ growth and prosperity.”

Ameesha gives us the quantifiable goals: “Of the various initiatives we have created, we want to see them scaled. For instance, Pankh should have 10,000 youth graduating every year and getting into retail jobs. In addition, 10,000 retail associates should be skilled each year by retailers via our TRRAIN-Aptech Skilling Program.”