Regulatory challenges to fintech in India 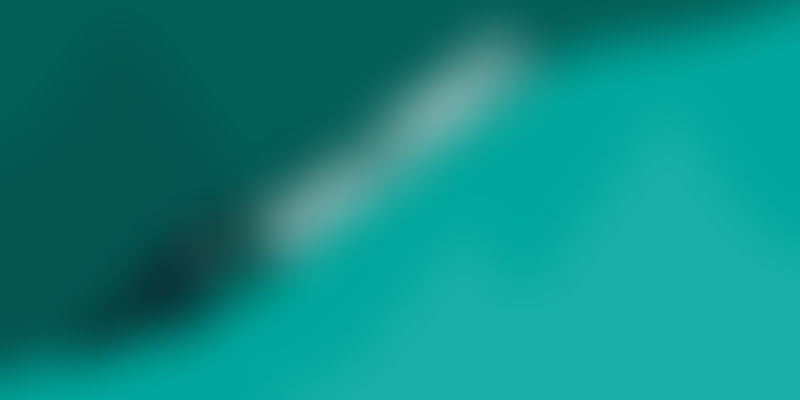 Banking is a heavily regulated business, with high transaction and operating costs, and fairly constant business models. In turn, this also provides significant opportunity for disruption for new business models to leverage technology and carry out the same transactions with greater efficiency and customer convenience. Today, fintech businesses are creating on-demand credit and currency markets, using self-learning models to analyse risk, or making it easier for businesses and individuals to transact.

Retail fintech businesses, especially, have an advantage over traditional banking. Instead of relying on large transactions, they can process small transactions in large volumes. This makes them ideal vehicles to make banking services accessible to individuals and small businesses.

The public policy benefits of enabling technology innovations can no longer be ignored. Only 52.8 percent of individuals have a bank account (as compared to a global average of 60.7 percent), and 22.1 percent have ever used a payments card. On the other hand, India is supposed to have 500 million Internet users by the next year, with 314 million using the Internet only through smartphones. Studies suggest that the number of smartphone users would exceed the number of total active bank accounts by 2020.

A combination of phones and the Internet has the capability to provide cheaper and more efficient access to finance than the current approach of branches and ATMs. This is already seen globally, in success stories such as the m-pesa in Kenya.

But. in order to really enable widespread fintech innovation, a number of stakeholders would need to review the current regulatory architecture and create an enabling framework for the growth of fintech. This would involve not only the RBI taking bolder steps but also the political will to relook traditional models of regulating the financial sector.

In this section, we’ve tried to analyse two popular retail side fintech innovations, and the roadblocks that they could face under the current framework.

There’s been a lot of excitement surrounding P2P lending in India, with some reports claiming a potential market size of $4-5 billion within the next five to six years. And with good reason. Today, there are nearly 60 million small businesses that are looking for funding, of which only 33 percent are able to access institutional credit. Similarly, even individuals find it difficult to access finance. In fact, nearly 80 percent of MSMEs end up being self-financed, and 32 percent end up relying on friends or family networks for credit, with an additional 12 percent going to informal banking networks.

These are often a result of a high-risk perception to provide banking services to those at the bottom of the pyramid. Such similarly profiled borrowers need to provide collateral to banks, have limited credit history, or cannot navigate inefficient and long-drawn-out loan processes.

In comparison, P2P lending creates a market for lenders and borrowers to instantaneously connect. However, given India’s history with money lending, we have extremely cautious lending regulations. Indian regulations often allow our judiciary to intervene and modify the terms of a loan, and even forgive obligations. One such example is the Usurious Loans Act, 1918, a central law applicable to all of India, and also one of the first financial legislations of the country. The goal of the law was to prevent predatory lending practices. Under Section 3 of the act, courts are empowered to intervene in cases where they find the interest of a loan to be excessive or the terms of the loan to be unfair.

While banking companies are exempted from the scope of usury laws (under section 21A of the Banking Regulation Act), this benefit would not be to P2P lending platforms. Given the higher risk to provide unsecured debt, rates for P2P lending are significantly higher than the traditional bank rate. As a result, borrowers could claim usury and seek judicial intervention in their repayment obligations.

Given that States also have the competence to pass laws to regulate 'moneylenders and moneylending', 22 States have passed laws. One such recent example is the Maharashtra Money-Lending Act (MMLA), 2014. The MMLA mandates moneylenders (who either reside in Maharashtra, or their principal area of business is in the State) to be licensed to operate. The licence conditions restrict operations of money lenders to a specified district. It abolishes compound interest, or any interest that is higher than the principal amount. In fact, the State government can notify the maximum rate of interest that can be charged on loans.

These laws would also result in risk for the lenders on such P2P platforms and, as a consequence, for the platform itself.

It would expose their customers to the risk of having their investments stuck in dispute. P2P platforms may need to create additional levels of diligence to ensure local law compliance. In addition, it would also create intermediary liability concerns for the P2P platform under the Indian Information Technology Act.

India is the largest receiver of foreign remittances. However, the majority of these remittances are small in amount and frequent in nature. According to an RBI study, remittances with an average size of Rs 20,000 accounted for close to 43 percent of the remittances made to India, transactions with an average size less than Rs 5,000 accounted for another 15 percent. As the study notes, the smaller the remittance amount, the higher are the transaction costs. In effect, working families and individuals end up paying substantially higher costs than businesses remitting larger amounts. The World Bank assesses that the average costs of making a remittance to India averages around 6 percent. Furthermore, higher costs also disincentivise individuals from utilising legitimate channels and, instead, rely on informal modes (such as hawala) to make remittances.

Therefore, technologies that enable cost and time-efficient means of making transfers would definitely contribute to reducing transaction costs for businesses and families. Legacy systems of international transfers require a central counter-party (such as banks) to oversee transfers and rates of convertibility. On the other hand, P2P remittance platforms, such as Transferwise, create a marketplace for liabilities and match outgoing remittances with incoming remittances.

For example, a person in Dubai who wants to transfer an amount to someone in India, would deposit the amount in the platform’s Dubai office. The platform’s algorithm would then detect another person seeking to transfer from India to Dubai, who would deposit the amount in its Indian account. The platform matches these two transactions and redirects the amount within the jurisdictions. Therefore, the platform “nets” the transaction, instead of the money actually leaving the border.

However, the Indian rupee is not a freely convertible instrument, i.e. it is not possible for anyone to buy or sell the Indian rupee, or convert it into other currencies without regulations. These regulations limit the volume of rupees that can be converted in a given year, entities that can buy or sell the currency, and regulatory controls to determine the price of the currency. As a result, a P2P platform would technically face issues from the principal foreign exchange regulation, Foreign Exchange Management Act (FEMA). The FEMA under Sections 3(a), and (b) prohibits any payment “to or for the credit of any person resident outside India in any manner”. Therefore, a setting off arrangement for a foreign currency liability would need to be analysed if it would be permitted.

Fintech retail businesses today in India are trying to solve some of the largest problems in the economy. Their business models are typically a mix of technology and age-old methods of accessing finance, be it relying on social networks for capital or informal banking channels to exchange currency. Technology allows these businesses to scale, by creating a large market, processing a large number of transactions efficiently, and using data to price products and mitigate risk.

But these business models come with their own baggage and, therefore, regulatory concerns. For example, an unregulated money-lending system historically resulted in unfair bargaining power in the hands of a few moneylenders. Informal exchange systems resulted in opaque and undocumented flows of money, consequently exploited by criminal elements.

As a result, our regulators are naturally circumspect. In September 2015, the RBI Governor gave some direction of the regulator’s views on such innovation:

There is a Chinese saying: 'Cross the river by feeling the stones.' We have tried to follow that path of experimentation and incremental liberalisation.… More generally, our philosophy is to allow innovation in institutions, instruments and practices so long as they do not present a clear and present danger. Once we understand them better, and they grow to a material size, we can do a deeper analysis on how they should be regulated.

At the end of the day, we have a regulated economy, with capital control restrictions. As a result, the fintech sector needs to engage and demonstrate the advantage of disruption, and also the ability for our regulator to still have oversight on these systems. The key challenge will be in creating an environment that enables such innovation, and still provides adequate comfort to address concerns such as consumer protection, and law enforcement. Because these businesses are, by their very nature, dynamic, it is necessary that regulatory design on the sector goes beyond a 'rules-based' approach and looks to bring in more innovative businesses within their fold.