How these 25-year-old founders from Ahmedabad are trying to make their mark in a $5.3 billion market 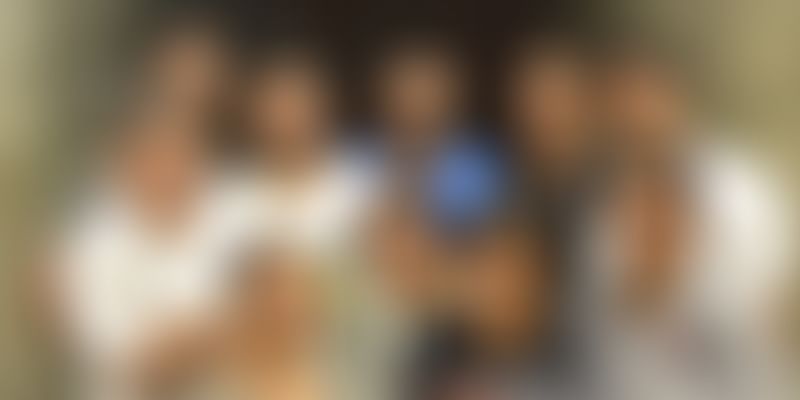 What happens when an investment banker, UI/UX designer and full-stack developer get together to solve a problem, but are hampered by a bigger roadblock requiring to be addressed?

For these three 25-year-olds, the result was a productivity tool called Gridle.

It all started in early 2013, when Yash Shah (25), Abhishek Doshi (25) and Anupama Panchal (24) were working on a part-time project to create an open blogging platform, similar to Tumblr.

But three different cities meant using different tools to work together. As Yash recalls, they used Skype for video calling, Dropbox to share files, WhatsApp to chat, email for internal communication and Facebook groups, over a period of five months. The result was a crashing dip in productivity, with more time spent on juggling platforms.

The realisation was that even if they as friends faced this issue, then one can only imagine the hassles enterprises had to deal with. Thus, after an evaluation of 18 globally-known collaboration tools, and speaking to 200 people in 33 enterprises, they figured that although collaboration tools did solve the problems of task management, the bigger issue was using multiple tools to work together.

“If a company uses Dropbox for ﬁle-sharing, Skype for video-conferencing, Lync for chat and Outlook for email and Calendar, Gridle brings together all these tools and forms a single user interface for our end users. Therefore, saving the workforce from opening four different tabs and chatting on Lync about a ﬁle shared on Dropbox.”

Simply put, the platform pulls out information and updates from a user's working proprietary tools and gives a single view to them, while introducing its own native tools of task management, instant messaging, file management and audio conferencing, to be used if missing.

Incorporated in November 2013, the company is serving 139 companies from 14 industries, hosting 1,600 teams amongst 5,900 users. The industries range from industrial design to consumer web, IT, consultancies, healthcare and HR, including names such as Sterling Hospitals, CII and Decon Limited.

The co-founders claim that the traction gained was acquired only through word of mouth, with 85 percent of signed up users inviting two or more people to work on the platform without any monetary or in-kind incentives.

Like most tools, the platform is free to use for basic functionalities. For enterprise-centric features like unlimited guests, private projects, templates, 1000 GB file space, advanced search, team demo by Gridle, company directory, LDAP integration, admin controls, fencing, SSL protection, a fee of $5 is charged for every user.

The team is rolling out additional functionality to the platform this month and looking to introduce natural language detection where, instead of filling forms to create tasks, a user can just write, tagging the person, while the platform picks up assignees, subject, deadline and the project that needs to be appended.

The update will also introduce calendars that will sync across Google, Outlook and Apple, while also introducing templates, work-flows and 11 integrations, including Dropbox, Drive, Onedrive, Zendesk, Appear, Slack, Github and giphy. The firm is also looking to launch its Android app this month, followed by the iOS version in March.

The firm is incubated at Centre for Innovation Incubation and Entrepreneurship (CIIE), Ahmedabad and is funded twice, raising a total of $120,000.

The co-founders believe that the vision for the product is to build an ecosystem for productivity that allows users to tweak it to their requirement and build on to it. They say,

“We want to be synonymous with productivity, like the way one thinks of SAP when they think of ERP, or Salesforce when one thinks of sales.”

They believe that having all your tools in one place can help increase productivity to 13 percent. On the security front, for the moment, the 10-member team is hosting the platform on the client’s server for bigger enterprises, to ensure complete security. Moreover, for clients without a server the platform is 128-bit SSL encrypted following all security compliance of an AWS enterprise solution.

According to a research by Markets and Markets, the enterprise collaboration market is touted to be worth $70.61 billion by 2019.

According to research firm Gartner last year, India’s enterprise software market was expected to grow at 12.8 percent, to reach $5.3 billion in 2016. Moreover, VMWare predicted last year that the enterprise mobility market in India would be a $2.3-billion market, providing huge scope for companies like Gridle to grow in the sector.

With a stable growth rate, Gridle seems to be a promising player in the enterprise software category. However, it is not the only platform; AutoCus is aiming at getting a big slice in this space through its offering, Clusto. The only add on being that Gridle aims to provide its own native functionalities while being a B2B solution.

However, it will be interesting to see how newer features like flexibility of the platform will drive growth in the segment of enterprise productivity collaboration tools.

Gridle is giving startups and NGOs a premium plan with $1000 credits and $5000 credits respectively.Use the promo code YS2016 to avail your credits.