Pachisi: A college project that evolved into a startup to highlight India’s ancient games 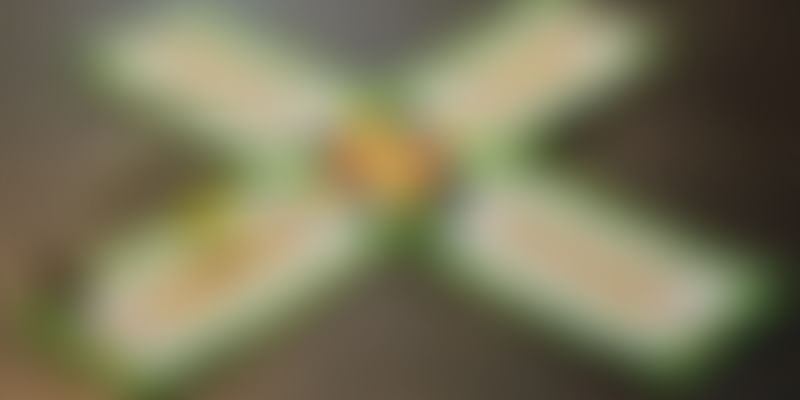 26 year old Murthy had no grand plans on what she wanted to do with her life. She was concentrating on getting

through her college project. The textile design major says, “Pachisi was actually my final year project in college and we had to exhibit our work. I wanted to present embroidered board games on fabric as my project. It was quirky and unconventional and that is why I enjoyed doing it. During the project research, I found out that not many people were aware of old Indian games. In fact, even I didn’t know about many of them. I ended up presenting three ancient Indian games and two of the more familiar games.”

The project received good feedback and her mentors urged her not to abandon the idea. Although her plan was to look for a job after college, she found herself too attached to Pachisi to be able to give it up. Thus, in 2014, the college project became a Chennai based startup.

The idea was to present ancient Indian games in a unique and quirky way, thereby creating curiosity and interest among people. “By unique I mean, each of these games are embroidered and/or appliqued with various Indian inspired themes. I wanted my products to look colourful and visually exciting,” says Neha.

Initially, she focussed on making Indian traditional games, but now has moved on to introducing games from ancient civilisations around the world.

On surviving while producing the unique in a mass market economy

Despite the high production time and costs for each unit, she believes that Pachisi appeals to a niche consumer aesthetic that mass market plastic printed board games cannot drown out.

Pachisi produces eco-friendly goods using khadi fabric and are soon introducing non-toxic Channapatna coins. “Our products are almost like textile art. Buyers like to see different things. They like to be offered something unusual. In an already congested e-commerce landscape, Pachisi does just that,” says Neha. She is confident that it has an edge over other mass produced products.

With the help of online portals, Pachisi has managed to reach customers across different parts of the country. It also poses the venture’s most insurmountable drawback. “Pachisi fairs well in stores. People get to see and touch, which helps them understand and value our product better. We lose out on this in an online platform,” Neha rues.

In fact, she ponders that Pachisi isn’t even competing with these mass products. Their target audience is completely different. “Not everybody is willing to shell out money for uniquely designed games. There are some who appreciate and then there are some who don’t. They prefer to buy mass produced goods, but that is okay with me. My only aim is to make my products stand out and offer something unique to people that is crafted with much love,” she asserts.

Contrary to what we’ve been taught in elementary general knowledge classes, Pachisi is not Ludo. “Ludo is a western interpretation of Pachisi,” clarifies Neha. The original game is so deeply embedded in the fabric of India’s past that it has a special place in our mythology and stories. “Remember the game of dice in Mahabharata where Yudhishthira loses everything, including his wife Draupadi, to Duryodhan? That game is known to be Pachisi. Kings and Queens of India have played Pachisi since time immemorial. During the Mughal rule, Akbar played Pachisi with his slaves acting as pawns. As proof, there is a Pachisi court in Fatehpur Sikri even today,” she proffers. It was to pay tribute to the oldest known game of India that she named her venture Pachisi.

It was not just the high from a project well done that propelled her to take the idea to the next level. Board games are a cherished part of Neha’s childhood and she was excited to make them a part of her adult life as well. She says, “As children we could spend hours playing Snakes and Ladders, Ludo, Pictionary, Monopoly, and many more. I think games are truly the best ice breakers.”

Once Neha has zeroed in on a game, she learns to play it, reads up on it, and researches the history behind it. “Then I source the fabric, design, and get a limited quantity developed. These games are machine embroidered. The next step is to decide how it will be packaged and presented. These games are available online and in a few stores. We also take in orders and customise,” she says.

Her work is guided by her design philosophy. “I go by the motto, ‘Design to inspire’. Your work has to represent and be reflective of your personality. Even in my games, I use themes that inspire me that represents me and reflects what I see, observe and like,” she says.

Pachisi is fully self-funded and started out on a very small scale. Although the growth has been slow, Neha is not disappointed because, given the concept, this rate of progress was predictable. She admits that with the lack of funds, scaling or going big will be a slow process. Although her immediate goal is to make sure that she sells her products to more stores across the country, she also intends to do more games, improvise the existing ones, and expand her product line in the future. “I am also looking at collaboration. Let’s see how it goes,” she muses.

Currently, the team consists of vendors and artisans.

On the things that keep her going, Neha says, “Seeing people’s excitement when they encounter my work and the oodles of warm appreciation I receive from all around keeps me motivated,” she says.

Looking back, her initial forays were fraught with mistakes and learnings. “It takes a while for people to take you seriously. At one point, I used to sign up at random events and flea markets to sell my products, but that just backfired. Those events never had the reach nor the required foot fall. I ended up losing money than making some.”

It’s the people who were more dispiriting than the events. “I’ve also come across people who show no respect to the amount of work that goes into making a product. They expect a discount and argue that a board game shouldn’t be costing much. It is very difficult to tackle such people and to convince them to buy my products without being rude. Selling is harder than actually making a product,” she sighs.

But this struggle is a price she’d happily pay for the freedom to develop her art, be her own boss and do work that she’s proud of.

Neha’s advice to fellow entrepreneurs is, “You don’t want to be termed ‘just another startup’. So work towards making something substantial and different and stand out in this ever growing market. Believe that you can make a difference. Go ahead and make some mistakes. That’s the only way to learn.”