Share your love with pets and animals this Valentine’s Day 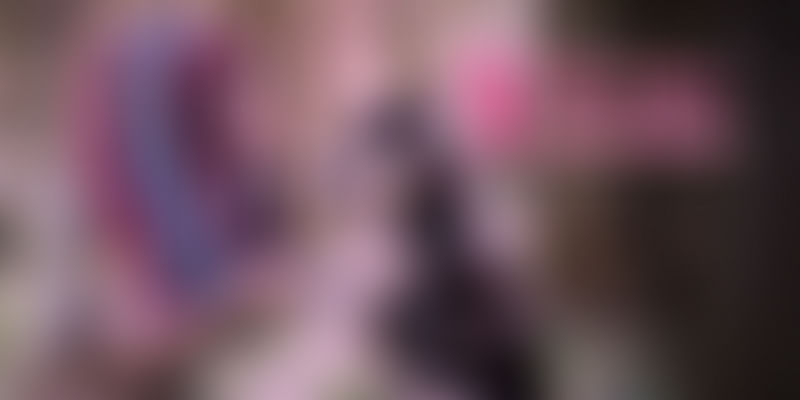 What are your plans this Valentine’s Day? This is the question that will likely be asked in every college and office canteen till February 14. Valentine’s Day is no different from other days, it just gives you a reason to amplify your love for your loved ones. Maybe this year you could do things differently and spend some time with pets and animals who need loving families.

India’s streets are home to an estimated 30 million stray dogs, who struggle every day to survive. They often get injured, hit by vehicles, and kicked or abused by cruel passersby. This causes the animals to suffer, and is a punishable offense under Section 11 of the Prevention of Cruelty to Animals (PCA) Act, 1960 and Sections 428 and Section 429 of the Indian Penal Code (IPC), 1860. The central government had established the Animal Welfare Board of India in 1962 in a bid to protect these animals.

Every year, PETA uses Valentine’s Day to encourage people to show love for animals by eating only vegetarian food on Valentine’s Day, and every day. This year too, PETA’s Valentine angel will encourage people and tourists in Shimla to try vegan food, and hand out roses to passersby bearing that message.” Founded in 2000, PETA India is an NGO for animals, which encourages the public to support the sterilisation efforts of local NGOs.

On the eve of Valentine ’s Day, YourStory is acknowledging the work done by several NGOs who promote animal welfare across the country and gather donations to feed animals and allow them to live without fear of harm.

PETA India: Founded in 2000, PETA India is a Mumbai-based NGO for animals that focusses primarily on areas where significant numbers of animals suffer. Anyone can join PETA India as a member by making an annual gift of Rs. 1,000 or more. Their annual membership gift will also entitle members to a free subscription to their quarterly magazine, Animal Times, which comprises the latest news on their work and easy tips on how supporters can help stop animal suffering in their local community.

CUPA India: Founded in 1991 by Crystal Rogers, CUPA India is a Bengaluru based public charitable trust that works for the welfare of all animals. It has seven centers in the city and helps in the rehabilitation and housing of wildlife in the forest zones. It spreads its message via Facebook, conducting awareness programmes in schools and colleges, and by working closely with government bodies.

People for Animals: Founded in 1994 by Maneka Sanjay Gandhi, People for Animals is a Delhi-based animal welfare organisation that rescues sick and needy animals with its network of 26 hospitals, 165 units, and 2.5 lakh members. They run shelters, ambulance services, sterilisation programmes, treatment camps and disaster rescue missions for animals. Going forward, it aims to have an animal welfare center in each of the nation’s 600 districts.

Debashree Roy Foundation: Founded in 2009 by a social activist Debashree Roy, this is a Kolkata based NGO that works for the cause of stray animals. It rescues injured and sick dogs and provides them shelter via adoption. The foundation has vaccinated 2,500 dogs through its camps in the first three years of its existence.

Red Paws Rescue: Founded in 2013 by Sadhwi Sondhi, Red Paws Rescue is a Delhi-based NGO that aims to rescue and rehabilitate stray and abandoned dogs in the capital city. The objective of this NGO is to find homes for dogs and pups, the mass sterilisation of stray animals, and providing them better medical care in different zones across Delhi. Its foster programme includes a network of individuals, who keep a rescued dog till they find a shelter for these animals.

Save our Strays: Founded in 2003 by Shirley Advani, Save our Strays is a Mumbai-based NGO that aims to keep the population dogs and cats safe and secure by conducting animal welfare programmes on sterilisation, vaccinations, rabies eradication, healthcare, and adoptions.

Sanjay Gandhi Animal Care Centre: Founded in 1983, Delhi based NGO provides shelter to 3,000 animals. It runs a 24/7 free animal ambulance service and it provides medical, diagnostic, surgical and dental services to 200 animals every day. And being a part of the Animal Birth Program, it sterilises and vaccinates street dogs. Moreover, it puts up an adoption stall thrice a week at shopping malls in the city.

Primarily mass-killing methods such as strychnine poisoning or electrocution have been used by many municipalities in India. This is considered not only cruel but also ineffective. Therefore, in 1990, the World Health Organisation and The World Society for the Protection of Animals (now called World Animal Protection) collaborated with the publication of “Guidelines for Dog Population Management”, which proposed a long-term method for the control of stray-dog populations by means of a methodical sterilisation programme. The sterilisation method was tested and found to be successful, and sterilisation is now also recommended by the government advisory body Animal Welfare Board of India under the Animal Birth Control (Dogs) Rules, 2001.