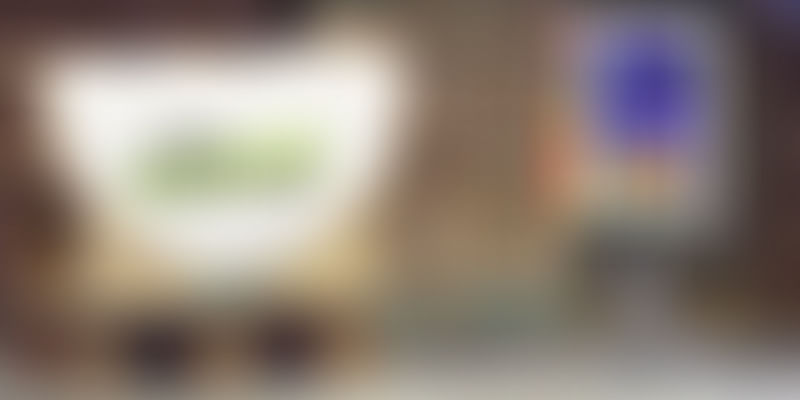 For three days in New Delhi, from 10 am to 10 pm (and often beyond!), interactive panels and deep-dive workshops drew over 3,000 attendees from India and overseas. The sessions were followed by a range of evening music performances by artistes such as Prateek Kuhad, Nicholson, Nucleya, The F16s and Dualist Inquiry.

Highlights of the event included an open-air exhibition by dozens of artists and designers, a digital music workshop by Flood (producer of bands such as U2 and Depeche Mode), an interactive chat on creativity in Delhi with Arvind Kejriwal (Chief Minister of Delhi), a panel on Internet freedom featuring the team behind the Save The Internet campaign, and a chat with Anjula Acharia-Bath (manager of stars ranging from Lady Gaga to Priyanka Chopra).

The festival ended in fine style with a panel featuring Indian startup heavyweights – Vijay Shekhar Sharma (Paytm) and Ritesh Agarwal (Oyo Rooms) – being grilled by the ‘proudly politically incorrect’ comedians of All India Bakchod (AIB)! (Check out also my coverage of the crowdfunding workshop and maker track.)

Here is my pick of Top 50 Quotes from the sessions I attended, though I am sure there were juicy nuggets in the other tracks as well. YourStory is proud and delighted to be a media partner for The Coalition, and looks forward to taking the festival’s message to broader audiences across India. (See also my pick of inspiring quotes from the Creative Bangkok 2014 and Creative Montreal/Barcelona 2015 conferences.)

A maker is someone who derives identity and meaning from the act of creation. – Sahil Mehta, Lattice Innovations

Makerspaces can help you go from tinkerer to hobbyist to entrepreneur. – Vaibhav Chhabra, Makers Asylum

Makers as young as 14 years of age have built sensors used during the Kumbh Mela. - Suvarchala Narayanan, Construkt

China is no longer just a copy-cat nation. Indians must do more to learn about their neighbour. – Tudor Tarlev, Tudor Ventures

Jugaad is a temporary fix, but you can’t use it always in product development. - Allan Rodrigues, Hansa Public Relations

Technology is just one part of the solution - you need to collaborate, get it out there, get customer feedback. - Anirudh Sharma, SBA Labs

For every ‘yes’ there are a hundred no’s. - Nishant Bhaskar, Godrej & Boyce

Keep inventing and worry less about patents – the pace of innovation in industry is so fast. - Anool Mahidharia, Makers Asylum

You can take a commercial decision to open source your patents as well – look at Tesla. - Ashwin Sapra, Cyril Amarchand Mangaldas

Stop working for people, and work with the people. – Dhairay Pujara, Y-Centre

The journey of education is as important as the outcome. - Premankan Seal, Makers Asylum

The mindset changes when you change the conversation. – Meghna Bhutoria, Makers Loft

The best way to solve local problems is through co-creation. - Prashant Venkatasubban, DevThon

It’s not just what you see that is changing – there are massive transformations happening behind the scenes. We are heading towards the end of copyright, but trademarks will remain relevant. – Richard Nash, Cursor

Of all the arts, standup comedy is the toughest. – Geof Wils, Live Nation Comedy

If you are scared that you will be copied, have a thousand more ideas. ‘Free’ and ‘discounted’ are not business models. – Roshan Abbas, actor

What people will pay for is scarce products and good experiences. - Scott Cohen, The Orchard

People love working out of cafes for the inspiration, collisions and collaborations. – Riyaaz Amlani, Impresario Hospitality

The NH7 Festival was held in Delhi without having to bribe a single government official. – Vijay Nair, OML

The government should remove obstacles facing the creative industry. In Delhi, you can now get permission to organise events – online, within 20 minutes. – Kapil Mishra, Tourism Minister, Delhi

I myself bought tickets to the NH7 Weekender Festival to send out the message that no one in my government should expect to get free tickets. - Arvind Kejriwal, AAP

To succeed, a product and its ideology should be good. – Roshan Shankar, Advisor, Delhi Government

Art should be in the public, not just in galleries. – Hanif Qureshi, StArt

All brands have to be storytellers. – Amitesh Rao, MTS

Brand content writing is one of the toughest kinds of writing. – Arunabh Kumar, The Viral Fever

People have to take ownership of the Internet – it’s theirs. – Apar Gupta, Advocate

We love free speech and the Internet. We don’t want government or industry to mess with the way the Internet is. – Nikhil Pahwa, MediaNama

Bollywood is an imaginary land – at least Hollywood has a sign! – Richa Chadha, actress

Don’t ask people how to do it, just go ahead and do it. – Anurag Kashyap, director

A sense of shamelessness is paramount for crowdfunding success. - Anshulika Dubey, Wishberry

Lead with passion, and people will join you out of love. – Jimmy Goldblum, director

You need to understand scale: it’s one thing to fly a four-seater plane, another to fly a jumbo jet. - Stephen Budd, African Express Project

90% of the world’s data was created in the last two years. - Christine Garcia, SocialCops

Artistes should understand that the shift from premium to micro-payment can actually lead to increase in revenues. - Sumit Bothra, ATC Management

Many artistes just want to be artistes and not engage on social media. - Laura Taylor, Everybody’s Management

Being an independent filmmaker allows you to challenge your audience and social stigmas. – Fazeelat Aslam, filmmaker

Technology like Netflix takes you away from the movie theatre but also opens up new avenues for independent filmmakers. - Vivek Gomber, actor

The new frontier for film is mobile. – Anadil Hossain, Dillywood

Some of the greatest artistes are mad – nurture this madness and let them be crazy, but warn them when they are about to fall off a cliff. – Vijay Subramianiam, KWAN Talent

The niche of today can become the mainstream of tomorrow. – Florian Klaass, Red Bull

To innovate in the long run, you have to institutionalise creativity in your company and ingrain it in your people. - Priya Paul, Park Hotels

If there is one company which can disrupt Oyo, it should be Oyo. – Ritesh Agarwal, Oyo Rooms

Delhi has such a shortage of techies that we will hire any techie who wanders into our office! - Sachin Bhatia, Truly Madly

Find the story within you – and let it fire you up. - Vijay Shekhar Sharma, Paytm