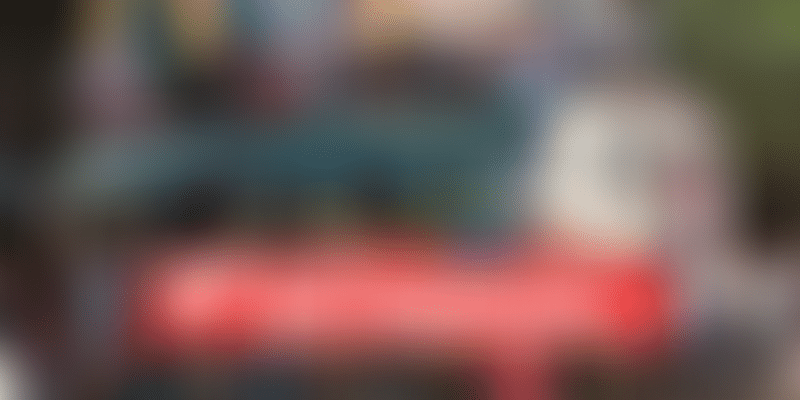 69 years after Independence, a small village located barely 40 kms from Nagpur, celebrated something important recently. The village just got mapped in the State Transport bus routes and got its first bus since Indian Independence. The Maharashtra State Road Transport Corporation (MSRTC) has recently launched a bus service to the Khairi Sita village in the district, thereby connecting it to a faster mode of transport, official sources said.

The villagers welcomed the bus service by beating drums, dancing in front of the vehicle and smearing each other with colours, expressing their happiness and joy as the Red Bus entered into their village . People were so happy that they went three km to Adegaon to welcome the bus to their village.

As per the sources, about 40 children, including 20 girls of standard X, had to walk everyday to nearby Adegaon for studies. There was no vehicle connectivity up to Adegaon bypass road. With a population of 400 residing in 100 houses, Khairi Sita is a tribal village with 25% of its population living below poverty line. There is an all weather pucca road meandering through the picturesque ambience of hills, hillocks and green forest. The village has a two-teacher school up to 3rd standard. The students have to go to Adegaon for higher education.

The man behind the cause

While walking to the bypass early in the morning and while returning to the village in the evening, children faced some major safety issues. Considering the increasing number of drop outs of girl students, Deputy Commissioner (Caste Certificate Verification Committee) in Amravati division Bhimrao Khandate, who hails from the village, had earlier taken up the issue with MSRTC Vice Chairman and Managing Director Ranjit Singh Deol and apprised him of the situation.

Khandate who completed his education till 10th standard from Kondhali, situated 10 km away from his village where he stayed in a hostel. For higher education, he shifted to Nagpur and obtained a degree. Later he joined the TISS Mumbai to complete his post-graduation in Urban and Rural Community Development.

This strong urge of completing his education inspite of all the hurdles did not end here. He decided to solve the woes of the villagers by providing a facility of bus service. When asked, he says,

I wanted to fulfill my obligation to my village and my people.

When the former commissioner of Social Justice Department Ranjitsingh Deol became the vice-president of managing director of Maharashtra State Transport Corporation, Khandate grabbed the opportunity to rush to the rescue of these villagers. He contacted Deol and urged him to start a regular bus service to Khairi Sita village to facilitate school going of the children. Deol accepted his suggestion and gave orders to the concerned officers.