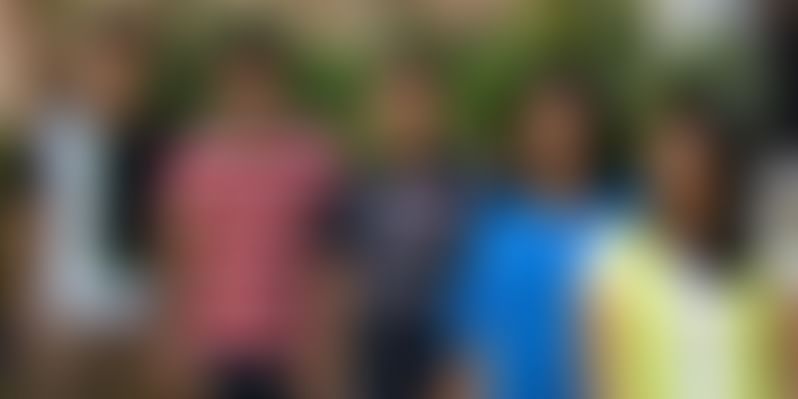 Seed-stage venture fund Prime Venture Partners has announced its first investment in the healthcare sector with an investment of INR 5 crore in LoveCycles, a comprehensive women’s health tracker that enables women to keep track of their menstrual and psychological health via a mobile application. With the investment, the app also launches in India, and is available in Hindi.

Founded in early 2012, the tracker is the flagship product of Plackal Technologies. It has more than 1.2 million active monthly users and has clocked more than 6 million downloads across 190 countries in the world. When YourStory last covered them in October 2014, the firm claimed to have more than 5 million downloads.

According to founder John Paul, the funding will be used to gain traction in the Indian market. The traction gained so far has only been through word of mouth and discovery on the app store, with zero investment in marketing. The US, Brazil, Italy, Mexico South Korea and Russia are geographies with the highest downloads. The app is also integrated with Google Now, though this integration is still in the beta phase, which means that LoveCycles notifications will pop up on the landing page of an individual’s Google Now account.

Talking about the investment, John says:

“The funding from Prime Venture Partners comes at a crucial time for LoveCycles. We want to increase our presence in India and enable women to manage their health better. In India, women’s health has been a much-neglected issue, particularly menstrual health that is still a taboo. We want to empower women with information and technology, which will help them take control of their overall health. With this funding we are looking to expand LoveCycles’ accessibility in India by introducing regional language support in the next coming months.”

With the current focus on Tier 1 cities, the firm doesn’t deny the possibility of entering into Tier 2 towns through partnerships (government or private) and suggestions from specialists or gynecologists. To further facilitate that vision, the firm is also looking to make the app available in 7 other regional Indian languages. Globally and especially for markets like India, where talking about menstruation is still taboo, the app plans to integrate a community feature to make it easier for women to discuss, consult, and interact while making the process of tracking social. John also says that the firm is looking to integrate it with wearables, while aiming to increase its monthly active users count to 5 million, splitting them equally between US and India.

When he last spoke to YourStory, John said that they had tried out two models - a one-time payment model to remove ads, and a subscription model.

About 60 percent of revenues came via ads and the remaining 40% via the one-time payment, which changed to 80/20 when subscriptions were introduced. However, today John says that the app is more likely free, with absolutely minimal premium features. He also says that on revenues, money through partnerships seems like a more viable option. However, for the firm getting more consumers on board is a major area of focus.

Being the first investment in healthcare for Prime Venture Partners, we asked Managing Partner Amit Somani whether they would invest more in healthcare. Amit replied saying their investments tend to be sector-agnostic. They chose to enter the healthcare space because of the huge market potential with tons of real problems and chronic diseases that need to be addressed. Moreover, the disparity between healthcare professionals and the Indian population also gives a lot of scope for technology to come in and bridge the gap.

On why did they think now was the right time, Amit said:

“Today, it is safe to say that there are more than 200 million monthly mobile active users in India, translating to a reach and distribution which is never been seen before by a particular medium. And it sounds like a wise decision when one couples the huge market size of healthcare with the outreach of mobile.”

But Amit continues to believe that they are agnostic of sectors or whether the business is B2B or B2C driven. With a focus on technology-driven product companies, the seed venture fund looks at market size, the real problem to be solved, as well as how well the product is solving the problem before making an investment.

Within healthcare, the venture fund looks at the lives impacted, accessibility and affordability of the product, as well as data-driven businesses before putting money.

As of now, Prime Venture Partners (formerly AngelPrime) has made 12 investments, following a pattern of six investments per year. They have invested in Financial Technology, SaaS, Consumer Mobile and now Healthcare. Moving forward, Amit doesn’t rule out two to three new investments in the next one year, potentially in verticals like Education or Supply Chain.