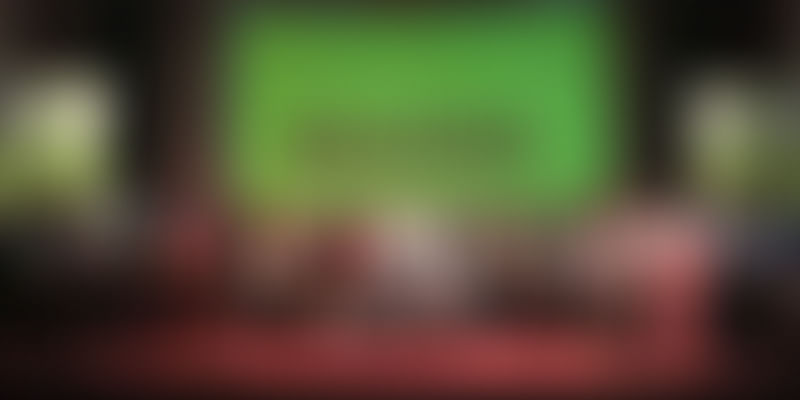 The worlds of art and engineering, hobbyists and professionals, come together effectively in the maker movement. Maker communities and hackathon events are springing up in increasing numbers across India, though a lot more could be done to dovetail this movement with initiatives such as Startup India, Skill India and Make in India.

Maker hosts and enthusiasts from across India and overseas gathered in Delhi recently for the The Coalition festival of creativity (see also my quotes compilation and workshop coverage). The maker track of the festival was held in an inspiring location, the National Museum, connecting India’s glorious design past to the future possibilities of hardware and other industries.

The speakers shared a number of reasons and case studies on why startups and the creative community can benefit from participating in local makerspaces – or launching one if it doesn’t yet exist in their city. A maker community promotes fun and curiosity as well as solid learnings and products (see my earlier articles on the Mini Maker Faire Bangalore and Wave Innovation Mumbai).

“A maker is someone who derives identity and meaning from the act of creation,” explained Sahil Mehta, CEO, Lattice Innovations. Maker spaces tap the ‘inner creator’ in their members, and help them explore, discover and nurture their creative skills. People, tools and skill-development programmes converge to offer catalytic opportunities for growth.

“Makerspaces can help you go from tinkerer to hobbyist to entrepreneur,” says Vaibhav Chhabra, Founder, Makers Asylum, Mumbai. The Andheri-based maker community raised funds for its launch via an Indiegogo crowdfunding campaign.

Makers Asylum has helped product developers, designers and entrepreneurs with support for projects such as robotics (‘C3PO’), leather goods (Black Canvas Project), retinal imaging and satellite analytics. “I started out as a hobbyist and found out there is money in it,” added Sahil Mehta.

No barriers of age, gender

“Makers as young as 14 years of age have built sensors used during the Nasik Kumbh Mela,” said Suvarchala Narayanan, an actress and designer with the Construkt Festival (see my coverage of the 2015 edition). Nilay Kulkarni, at the age of 14, was a part of the MIT Kumbathon and reportedly worked on some solutions based on sensors for crowd tracking and management.

Speakers in the maker track pointed out that the grassroots participatory nature of the community does not discriminate amongst members based on gender or age. There is a lot of peer to peer learning across lines of gender and age, and such cooperative attitudes can be solidified in the values/vision statement of the makerspaces.

Having a peer group of tinkerers gives makers an atmosphere of fun, support and creative confidence. Makers learn how to receive criticism, and factor in false positives and false negatives.

“For every ‘yes’ there are a hundred no’s,” said Nishant Bhaskar, Design Specialist, Godrej & Boyce. An atmosphere of reinforcement and correction improves persistence and perseverance in the maker community. In the long run, this builds empathy in a maker and sharpens the ability to zoom in on feasible solutions.

Thanks to the Internet and social media, the maker movement is now a global phenomenon and is not restricted just to ‘westernised hipsters.’ Maker spaces and fairs are springing up across the Americas, Africa, Asia and Europe. A number of useful online resources are available in this regard: HackerSpaces.org, MakeZine, Makery.info, Fab Foundation, and MakersAsylum.

Asian countries like China are rapidly embracing the maker movement. “China is no longer just a copy-cat nation. Indians must do more to learn about their neighbour,” said Tudor Tarlev, maker at Tudor Ventures and hacker in residence in China at Tsinghua University. China is evolving a national strategy around the maker movement for its education and economic sectors.

Tarlev showcased a number of examples from around the world, such as Safecast (Geiger counters installed on people’s cars in Europe to map radiation levels), and Hacker Surprise in Vienna (a vending machine for maker products, eg. PCBs). Cooperation between makerspaces is happening in domains such as parametric architecture and disaster relief.

While improvisation and ‘band-aid’ solutions may be used in some stages, the maker movement also urges more systematic long-term approaches to innovation. “Jugaad is a temporary fix, but you can’t use it always in product development,” said Allan Rodrigues, VP, Hansa Public Relations.

A number of researchers are recasting jugaad along with systematic innovation as ‘frugal innovation’ (see my book review), and are promoting blended approaches to innovation. Jugaad is viewed as a ‘temporary hack,’ and not the only innovation pathway.

The maker movement connects members to broader players in the innovation ecosystem such as corporate sponsors, technology providers, systems integrators and government agencies. Smart makers can build viable business plans and product feasibility maps by connecting to this broader ecosystem (see also my framework of ‘15 innovation tips: how large corporations can successfully engage with startups’).

“Technology is just one part of the solution - you need to collaborate, get it out there, and get customer feedback,” advised Anirudh Sharma, ‘Chronic Inventor’ at SBA Labs. “Do systems innovation, not just product innovation,” added Anna Warrington, Director, Make Life - Forum for the Future.

Exposure to creative ideas along with larger companies can sensitise makerspace members early on about the broader intellectual property (IP) issues of open source, patenting, copyright and trademarks. “Keep inventing and worry less about patents – the pace of innovation in industry is so fast,” advised Anool Mahidharia, Co-founder at Makers Asylum, Mumbai.

The key approach should be to understand the near-term and long-term impacts of IP, said Rahul Goel, partner at Cyril Amarchand Mangaldas. Ultimately, IP should help boost business, manage risk and increase valuation. Legal firms in India are gearing up to give startups advice in such IP domains.

“You can take a commercial decision to open source your patents as well – look at Tesla,” said Ashwin Sapra, Partner Designate at Cyril Amarchand Mangaldas, pointing to the electric car company’s licensing of its patents to companies like BMW. However, for startups to deploy IP strategies at a global level can be costly and time-consuming, cautioned Neeraj Gupta, CEO at FormulateIP.

Makerspaces, due to their community and participatory nature, open up exciting possibilities for co-creation. “The best way to solve local problems is through co-creation,” said Prashant Venkatasubban, Co-Founder, DevThon.

“Stop working for people, and work with the people,” advised Dhairya Pujara, Founder of Y-Centre, drawing on his extensive experience on working in the health-tech sector in Mozambique.

It is important to ‘shut up and listen’ to customers before preaching solutions to them, he advised. Aspiring entrepreneurs should learn to ‘think with their hands’ and work early on prototypes for customer needs, said Dhairya, drawing on his example of working with children to design malaria awareness cards in Africa.

Maker spaces can also provide richer educational experiences and extra-curricular support to students. “The journey of education is as important as the outcome,” said Premankan Seal, Content Head at Makers Asylum, and maker activities can make the education experience more practical and meaningful.

“The mindset changes when you change the conversation,” agreed Meghna Bhutoria, Founder of Makers Loft in Kolkata, which encourages student membership, peer groups and team projects.

Other benefits of maker spaces cited by their hosts include ecosystem engagement and serendipity. For example, companies like Lattice Innovation hire employees based on their maker involvement in competitive hackathons.

“Tap into your personal maker. Foster the maker in you,” said Anna Warrington of Forum for the Future. “Play with the ideas of the future, you never know which one may stick,” she summed up.