Ahmedabad-based MatruBharti is quenching the thirst of multilingual readers, set to publish ebooks in 21 languages

Language and literature had been a soothing presence since childhood days for Gujarat-based Mahendra Sharma. He was a wordsmith even back then and known for his poetry, stories and essays. But the appetite to write more went on the backburner when he decided to pursue a diploma in computer engineering from Government Polytechnic Gandhinagar.

But, even after spending 17 years in the IT industry, Mahendra (37) was yet to have a fulfilling day. In 2014, he decided to finally do something about it and went on to explore his passion by combining literature, language and technology. This led him to start MatruBharti, a self-publishing platform, which publishes 15 to 20 ebooks per day in regional languages. The e-books are available in various categories, such as fiction, non-fiction, biographies, philosophy, motivational essays etc.

MatruBharti was showcased at the first-ever Indian language digital festival, Bhasha, on March 11 in New Delhi, supported by the Ministry of Culture, Government of India, and exclusive language partner Reverie Language Technologies.

How to publish and read books?

In order to get published under the platform, writers need to sign up and submit their content, which is then verified and approved by the editorial team. The approved content is then converted into an ebook format with a cover page and uploaded to the server for consumption.

Through the MatruBharti app (available on both Android and iOS), readers can get notifications about the newly uploaded books.

This reader app is a proprietary software we, which is unique in its nature as it reads many Indian language fonts quickly and easily,” says Mahendra.

From 2000 to 2007, Mahendra worked as an IT professional. In 2007, he took an entrepreneurial plunge and started Sharma Infoway as a proprietary firm and built a team of 30 people in a span of three years.

In 2010, Nilesh Shah (his past employer) joined hands with Mahendra to start another venture, called NicheTech, with which Sharma Infoway was merged. NicheTech now has 50 employees.

Mahendra and Nilesh infused a seed capital of Rs 10 lakh and about Rs 40 lakh in three years to develop and market Matrubharti. They had faced multiple rejections from publishers who were of the view that the concept of ebook can harm the business of physical bookstores. For the first six months, they failed to get a single book from any publisher.

On digging deeper, they found the authors to be quite taken with MatruBharti's concept, but they were not computer-literate. Initially, it took more than six days to publish a single e-book, because the operator had to transcribe the entire script into digital version. The same process took 15 days if the content was of a larger size. Today, MatruBharti publishes 300 ebooks per month.

MatruBharti accepts works in authors' preferred language for publishing. Each ebook is typically 100 KB and takes 10 to 15 minutes to download.

This Ahmedabad-based startup has built a team of seven members, working from Gujarat, Mumbai, Delhi. Currently, MatruBharti has 1,000 contributing writers, who get paid in the range of Rs 500 to 2,000 per download, beyond a stipulated minimum.

The startup generates revenue by monetising Google Ads from free readers, subscription fee from premium users, and local ads from local businesses. MatruBharti is growing at a rate of 25 per cent month on month.

The app has seen 36,000 downloads so far with 32,000 active users and nine million screen viewers per month. “Our analytics show that our app has been used in 42 countries,” says Mahendra.

The ebook market in India is still at a very nascent stage. However, an industry report revealed that with the growing penetration of smartphones and significant innovations in technology and app, ebooks are likely to constitute 25 percent of the total book sales in India. Currently, Rockstand, e-Shabda, Library in Pocket and NewsHunt are some of players who offers ebooks in regional languages.

We have, so far, published books in six Indian languages and have plans to publish in 10 languages by 2016. In the next three years, we would publish ebooks in 21 languages. We are eyeing a revenue of Rs 50 lakh in 2016-17,” says Mahendra. 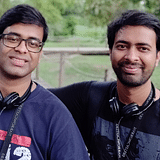