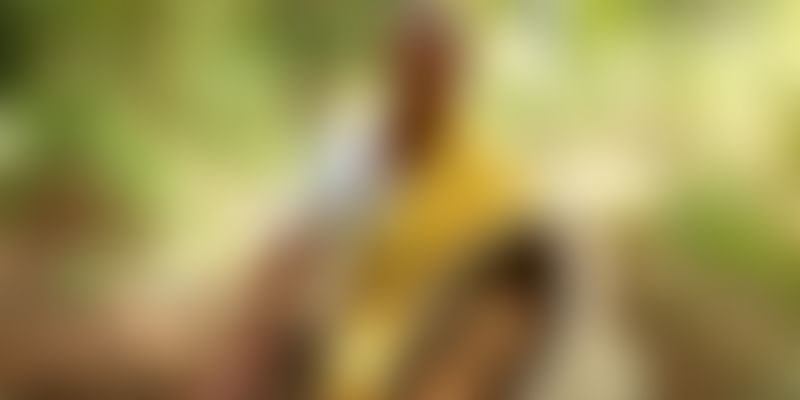 58-year-old Soora Munijanaki’s family has three acres of farmland in Sirugurajupalem village, Puttur revenue block, Chittoor district of Andhra Pradesh. Vijay, Soora’s son, said, “We had been applying chemical fertilizers and pesticides on our crop. At the end of every harvest season, when we’d calculate, our returns barely made up for our expenses. We used to spend Rs 15,000 per acre on fertilizers and pesticides and get Rs 15,000 – Rs 20,000 from selling the produce. Every year, it was more or less the same story. This continued till 2013.”

As reported by NDTV, Srivani, an extension functionary and cluster activist for Society for Elimination of Rural Poverty – Community Managed Sustainable Agriculture (SERP-CMSA ) learnt of Soora’s problems. Srivani visited Soora in 2013. Soora recalled, “Srivani initially suggested that we shift from mono cropping (practice of growing a single crop) to vegetable poly cropping (practice of growing more than one complimentary crop in the same field).” Srivani screened a Digital Green video (a localised community-based video) on vegetable poly cropping in a small plot of land to encourage adoption of this practice.

“We started cultivating paddy in two acres of our land and vegetables in the remaining one acre. We immediately realised that by doing this we could also get a regular income – on a weekly or fortnightly basis – by selling our vegetables in the vegetable market nearby,” shared Soora. “We started growing brinjal, ladies finger, bottle gourd, and bitter gourd. We also grew varieties of leafy vegetables as inter-crop in our vegetable garden,” she added. Being a member of the Self-help Group (SHG) where Srivani was in charge, Soora got an opportunity to watch different instructional videos screened by Srivani on various Non-Pesticide Management (NPM) practices, based on the current agricultural seasons. Soora saw videos on various topics ranging from nursery bed preparation for vegetable cultivation, organic manure preparation to bio-fertilisers. “Initially what we knew about natural farming is that it requires only cow-dung and organic waste. But, after watching videos, we have realised that it’s is much more than that. Every crop disease has a different NPM solution and each solution is different from the other,” Soora added.

Unseasonal rains in November and December, 2015, spoilt everyone’s crop in the village except Soora’s. The vegetable plantation in her field withstood the cyclone and started to yield fruit. “It’s only because of the NPM practices that my plants were strong enough to withstand a natural calamity like the recent cyclone,” stated Soora, confidently.