How Reap Benefit has created an army of 15,000+ young changemakers who are solving local environmental problems 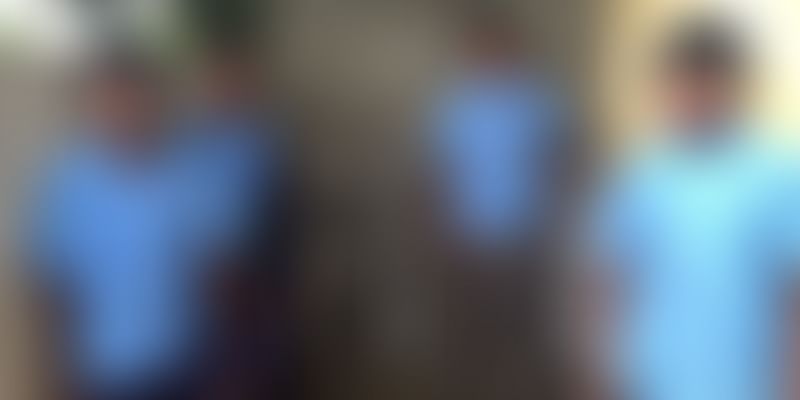 What would you say about a 21-year-old, who instead of sitting for his college placements, collected garbage from around 150 households for nearly eight months? Kuldeep Dantewadia (now 27), has been an environmental crusader for as long as he can remember. A business graduate from Bengaluru’s Christ College, he says,

If I say Bengaluru has a water crisis, one may agree, but not take it so seriously, because it isn’t visible. But garbage is a physical, visual problem – one that cannot be ignored. And that’s why I decided to focus on it.

After coming back from Jagriti Yatra – a train journey that promotes entrepreneurship, Kuldeep’s desire to solve a real problem only increased. Since he was already clear about working in the garbage sector, he now wanted to understand the problem. He started off collecting garbage in Bannerghatta, and as the area didn’t fall under the purview of the BBMP (Bruhat Bengaluru Mahanagara Palike), they allowed him to take charge. He recollects,

For eight months, I would collect garbage and take it in an auto to the nearest open space with only one thought in my mind – to find local solutions that will ensure that garbage doesn’t go in to landfills. By the end of my experiment, I realised there are two issues – one, the problem is behavioural and two, there is no silver bullet solution.

And that’s how he and two friends Gautam Prakash and Kamal Raj co-founded Reap Benefit in 2011. The trio is ‘making green a habit’ by not just focussing on garbage, but on broader environmental issues including water and sanitation. In less than five years, the team has already created a cadre of over 15, 000 young changemakers, who are innovating local solutions for local environmental problems.

What is Reap Benefit all about?

The company creates affordable and quantifiable waste-water-energy solutions and facilitates behaviour change by engaging with school-going children and youth to ensure behaviour modification that will allow for sustained change. By educating, empowering and rewarding students to find green solutions, Reap Benefit is making a collective impact towards a better environment.

As a result of its active engagement with the student community, Reap Benefit has also come up with a range of solutions in the areas of water, sanitation, segregation and composting –

The differentiator in Reap Benefit is that it doesn’t believe mere low-cost solutions will solve the looming environmental crisis. There’s a need for more. Kuldeep says,

We focus on the process more than the product. The product is a short-term solution. But in the long run, we are developing human capital that will continually find solutions to problems as they arise.

How? By working with schools/institutions and using gamification in an offline context. Kuldeep says,

According to our analysis, there are four types of people – those who want to solve for the larger good, for social standing, for fun or to win/outdo someone. Our aim is to leverage the need they have and get them to a point where they start solving for the greater good.

Reap Benefit uses gamification (comprising hands-on activities and reward-based curricula) to deliver 15 sessions, each spanning 901-80 minutes, that cover topics such as energy, waste, and biodiversity spread over a year. Gamification is a four-step process –

To give an example of co-creating a solution, when students of a school realised they were consuming more water than they should to wash their hands, they developed an aerator that could control the water flow.

Reap Benefit has managed to divert 200 tonnes of waste from landfills, saved over 15 lakh litres of water and 63, 000 kWh of energy per annum. We have worked with 110 schools and institutions, as well as 30 corporates.

Despite the staggering success, Kuldeep is nowhere close to resting. His next ambitious plan is to utilise technology, create a mobile-based civic app that will allow people of all ages and geographies to solve their environmental problems. At the end, Kuldeep says,