Can one company create employment opportunities in each of India’s 500 districts? Yes, RuralShores is on its way 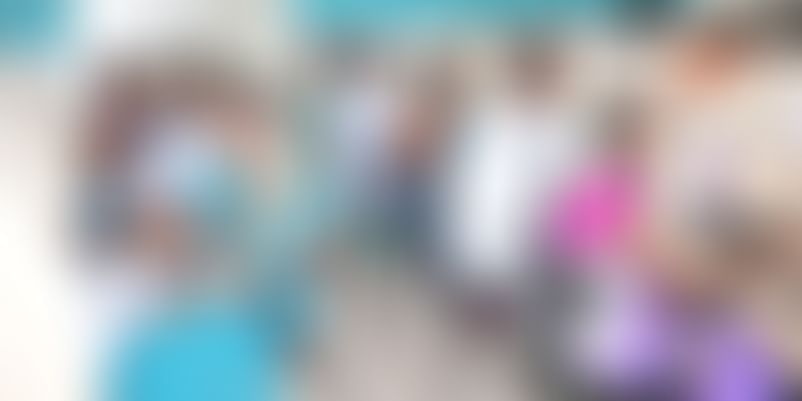 Thirthahalli, Uthiramerur, Sonari, Bhiloda… have you ever heard of these places? While you and I may be unaware, these are a few of India’s 500 districts from where youth migrate to cities and barely manage to eke out a living, leave aside sending any money back home, bringing their families to cities or even saving for the future. “What’s the point of them migrating to cities, then? Why can’t we create jobs in rural India,” asks Murali Vullaganti, the man who founded RuralShores – India’s largest rural BPO, to curb India’s migration crisis. In less than seven years, the company has managed to make a successful presence in eight States, with 17 centres and 3,500 employees.

Why rural India? The genesis

After working in US and Singapore for two decades, and holding several senior executive positions in IT and BPO organisations, with his last stint as Regional Director – Asia Pacific for EDS Technologies, Murali decided to come back and start something for his home country. He knew he needed to gain first-hand experience here. After all, he had never worked in India and that’s why he joined Xansa India as Managing Director.

His first task was to scale up Xansa’s strength from 500 to 5,000 employees – a Herculean task at hand. Murali says,

We couldn’t get sufficient candidates from urban cities so we started tapping in to Tier II and III markets. Many of them were performing better than their urban counterparts. But the downside was that with a salary of Rs 10,000 per month, they were stuck in the cities unable to provide their families with any moral or financial support. So when they are already doing so well, why do they have to come to cities? Why can’t jobs go to them? Why can’t rural India flourish?

And that thought led to the starting of RuralShores, with the first centre becoming operational in February 2009 in Bagepalli, Karnataka. In three years, they scaled up to 10 centres and employed 1,000 youth.

Each centre can provide employment to a maximum of 350 people in two shifts. The choice of location is typically driven by a range of factors – customer requirements, road connectivity, electricity supply for 5-6 hours at least and the feasibility of Internet connectivity. Normally, a centre is established in small towns or large village having a population of no more than 40,000 and providing road connectivity to a minimum of 15 to 20 villages nearby.

The bottlenecks of creating a rural presence and overcoming those

From my experience at Xansa, I realised that setting up a BPO in a city is relatively easier, as things change only 20 percent from one city to the other. But the rural segment is challenging, with each town being different from the other. So, districts and States are a larger ball game altogether.

RuralShores today and what’s in store?

The company has provided employment to close to 5,000 people so far. RuralShores attrition rate is as little as 8 percent and costs 30-40 percent lesser than its urban counterparts.

The future is indeed promising. Murali’s team aims to scale up to 40-50 centres in the next three years. The mission is to have at least one centre in each of India’s 500 districts, which will cumulatively provide employment to 1,00,000 people.

It’s the little yet sweeping changes that one sees across our centres. For instance, in our centre in Sonari, Uttar Pradesh, a young girl is able to provide hospital treatment for her parents, she’s saving up for her wedding jewellery and she unhesitatingly says that she will marry someone of her choice and not her parents. Isn’t that another level of transformation?