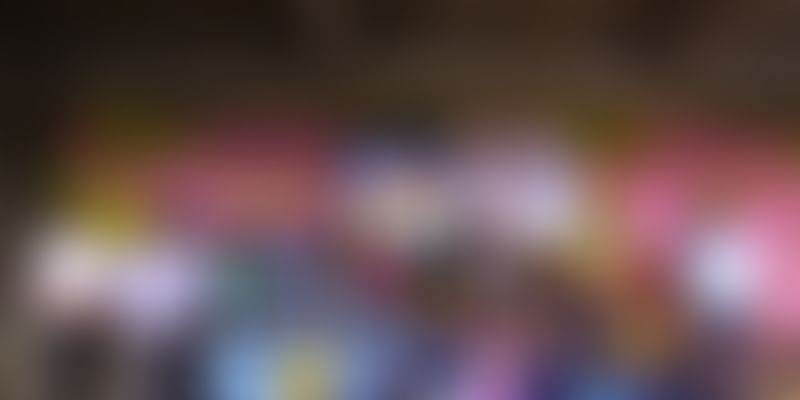 If you walk into any government school in the country and attempt a conversation with a child regarding their future, the most common replies would be ‘I want to become a doctor/teacher/engineer/police officer.’ While on one hand, their exposure to the ever-growing economy is almost negligible, on the other hand it’s worth questioning how many children will actually complete their education and join the organised workforce.

According to Jaideep Rao, Co-Founder of Bengaluru-based Know Your Star (KYS) and Mentor India,

The dropout rate in India for students between Classes VIII and X is as high as 47.4 percent. And this is a critical juncture where a student should at least start thinking about various career options. Their demographics shouldn’t determine their destiny, nor should they get influenced by the narrow choices of professions they are aware of.

This is where KYS steps in. Founded by a group of seven like-minded individuals, who are techies by the day and writers by the night, KYS calls itself an ‘educational website’. It has profiled over 150 achievers from diverse disciplines. People like Padma Bhushan awardee Dr. B M Hegde, world champion para-athlete Deepa Malik, Founder of Adigas chain, Radhakrishna Adiga and magician Simon Pierro are just some of the people who believe in KYS and willingly share their stories of struggle and success; in the hope that children will be inspired to pursue their dreams. By opening these to students and engaging them in meaningful conversation, Jaideep hopes the team is managing to show a world of opportunities to rural students.

As a pilot programme, Jaideep and his team, launched the ‘Mentor India’ campaign (an extension to KYS) in Chikkarasinkere Government High School in Maddur, around 90 km from Bengaluru. By designing a 30-hour indigenous curriculum spread across six days, through activity-based and interactive learning (games, music, art, quizzing etc.), the initiative has five main pillars –

Mentor India believes in ‘pay it forward’ model. Towards the same, it is creating open source content in the form of a comic book, which can be picked up by passionate individuals and used in rural schools across the nation. Jaideep says,

We didn’t find any free content to use and that was a big hurdle. Hence, we formed our own content as we went along. We are now bringing together the entire six-week module in a comic book, making it freely available so that anyone can use it. After all, our aim is to build and mentor rural India and this is only the first step.

Taking the Mentor India model to the next step, the team in the second phase will work with eight government schools to deliver the six-week module as well as integrate a ‘Train the Trainer’ approach in order to reach out to more schools. It is already in talks with the Government of Karnataka and few other city-based non-profits and says the future looks promising.

Our victory will lie in ensuring that every child discovers their potential and believes that they are good at something.