From Yellow Pages to online marketplace for SMEs, the strong and silent rise of Askmebazaar 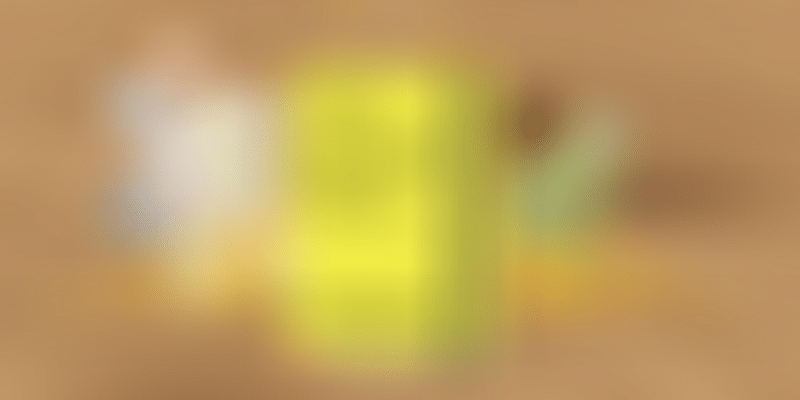 At first, Ranbir Kapoor is trying to hit on a girl, but it does not work. Later, when she is confused about shopping and wonders “Isn’t there an easier way?” he jumps in with Askmebazaar app as the solution. Kangna Ranaut and Farhan Akhtar also dance around saying the same, in different ads.

That is exactly what the Askme Group aims for: to be the prime discovery channel for every shopping need, in cities small and big. When it launched Askmebazaar, a horizontal marketplace for smaller and medium enterprises (SMEs) in 2012, Flipkart and Snapdeal had already set foot in the country’s e-commerce scene. But Askmebazaar took a different route. Instead of keeping an inventory or logistics options like the big daddies did, it took e-commerce to the small sellers in smaller towns.

Less than five years in, their story has turned into a stunner.

Askmebazaar’s parent company Getit Infoservices was publishing Yellow Pages for decades, by collecting merchant listing in every city across the country. By 2006, the Indian retail ecosystem had started moving away from print to digital data assimilation. Askme.com was founded as a classifieds portal in 2010.

They had to build a transactional revenue stream that could leverage the parent company’s market presence and its relationship with the audience. Thus, Askme Group’s marketplace model started in 2012 as Askmebazaar. They went to the wider side of the pool – to the smallest of possible SMEs who were not the typical sellers on eBay or Flipkart.

Askmebazaar started with small-town sellers who were aspiring to start their business online. Although it was a phenomenal struggle to get them to manage the technology, conducting e-commerce with hyperlocal businesses has a major advantage: items can be collected and delivered locally. Also, high level of description is not essential for product discovery, which is what Askmebazaar primarily is about. Kiran Murthy, CEO, says: “We ensure great customer service– especially with delivery and cash collection. While buying online from a local shop, the customer wants the same guarantee as he would get from walking in and buying from the same shop.”

One of their strengths is the next day delivery (NDD) offer. “Although it took us 18 months to get this model working properly, it has shown great response,” says Kiran, who is an alumnus of IITM and IIMB.

While hyperlocal businesses can succeed only with great capability in supply chain integration, more important is the actual demand for such a service. Ankur Bisen, Senior Vice President, Retail and Consumer Products, Technopak Management Consultancy, says: “It is not an under-served need of the customer that the hyperlocal model is trying to address. Many hyperlocal businesses have scaled rapidly and then faced a lack of demand – it does not mean customers do not need it; they just use hyperlocal in a different way.”

Askmebazaar's strategy is to focus on high-value items for profit, and acting as a delivery-and-cash-collection agent between the local sellers and local audience.

Kiran adds that although they had tried to work with all partners in the market, most of them are not equipped with local pick-up and local delivery. So Askmebazaar partners with local agents who have managed delivery and cash collection in the local market for the likes of HUL, Airtel etc.

Currently, out of the 50+ cities it operates in, Askmebazaar gets maximum revenue from metros such as Delhi, Mumbai, and Bengaluru, as well as from Tier II cities such as Banaras, Kota, and Kanpur. Even in Tier II cities, their NDD ticket size is Rs15,000 [as its only selling large branded products]. Their online grocery arm, Askmegrocery, also has an average basket size of Rs 2,200 in Tier II cities.

For a bright future

Although Askmebazaar has been targeting the middle class so far , it is now extending to higher ticket size. Recently, in an effort to scale up, it introduced furniture sales by bringing together designers, manufacturers and consumers locally. The integrated merchant solution, Askmepay, is another track which they are now pursuing. “Paytm and PayU only have their own wallets. But we have both of them on our platform,” Kiran reiterates.

But competition is no less for Askmebazaar, even with its unique model. Sceptical of the sustainability of the Askmebazaar model, Ankur says:  “Anybody in hyperlocal space is their competitor – from Flipkart and Snapdeal to hyperlocal guys like Peppertap or smaller ones. What matters to the customer is the categorised offered and availability, not how it is done.”

The sellers seem to be making good use of the platform. Kiran recollects the owner of a ready-made garments shop in Chennai, who asked him to help with the wholesale market. “Why can’t you buy for me and help me manage my finances and engage my customers, source my materials, scale up and run a decent inventory,” the seller had asked Kiran. Contrary to the usual conviction that helping SME businesses is all about giving them more orders, it’s really about getting more customers walking into their shop, Kiran says. A marriage of an online and offline model is possible, as was proved by Snapdeal, which launched its omni-channel platform recently. The success scale, however, is yet to be seen.

Investment bank Goldman Sachs recently reported that the online retail market will be worth $36 billion (about Rs 2.45 lakh crore) in 2016-17, jumping from $11 billion in 2014-15. It added that the net worth will be $69 billion by FY20. There is no doubt that more players are bound to come into the sector, and more business models will evolve.

Ankur of Technopak predicts cross bundling of products and services in marketplaces in the near future. “All marketplaces are experimenting with multiple models; we are yet to see which model will survive,” he says. According to him, this confusion right now is a direct outcome of an unclear policy. “Government regulations will influence how these players experiment,” he adds.

Askmebazaar has had $800 million in annualised GMV as of January 2016. Recently, there have been reports on talks going on to raise $150-200 million for Askmebazaar, and Alibaba’s name has been mentioned as a possible investor. Although tight-lipped about this news, Kiran said that their technology and finance is in place now. Is there another unicorn on the way then?