All that glitters is trolled: Facebook’s reaction to Barkha Dutt’s child abuse proves we know absolutely nothing about rape 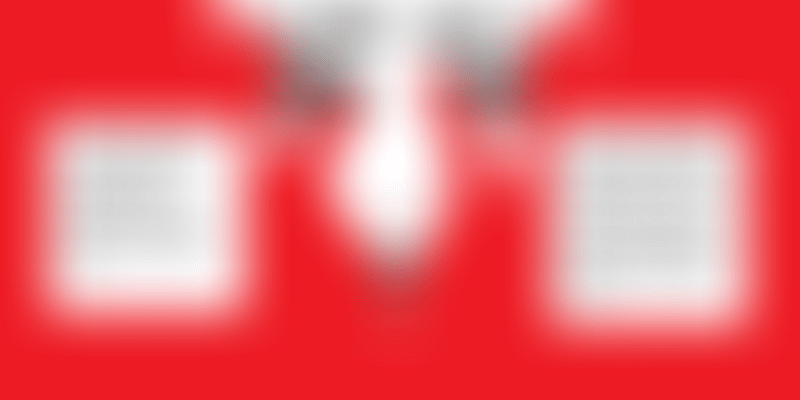 One of the most lion-hearted women in our country made an astounding confession. She spoke up about a past riddled with abuse and harassment, and how she had to rise from the ashes of shame, self-blame and lack of agency to finally level with the burden of guilt in an act of abuse. Barkha Dutt, one of India’s foremost journalists, was all of eight when a distant male-relative molested her, leaving the innocent child utterly traumatised for years. She ended up keeping the crime a secret for over three-and-a-half decades. However, in her debut book, ‘This Unquiet Land: Stories from the Country’s Fault Lines,” which is a part-memoir-part-collection-of-essays telling of the truth about the country’s secrets and lies, she decided to break the silence by sharing her own experience.

At the 'Women in the World Summit' in New York last Friday, she candidly spoke about the heart-rending experience. “It feels like only yesterday. I’m 44 years old, but I feel like I’m 8 years old again. I can see that man’s face in my head every time I talk about it,” she said.

“I cannot with any honesty write about feminism, call myself a feminist, or talk about the need to lift the veil of silence and the conspiracy of silence around sexual violence and abuse, if I’m not ready to break the silence in my own life,” she said, of her decision to share her story, adding that it was not easy to go public with her story. “When something like this happens and when you’re a child, you bury it and try and forget it,” she added.

As a country, our conscience has already been tainted with a long history of either convincing victims to push stories of abhorrent human rights violations under the rug, or subjecting the ones who do decide to report the crime to a blame-game onslaught. More often than not, the victim ends up on the losing side.

But India’s reaction to BarkhaDutt’s confession exposed the third, an increasingly popular way of dealing with victims in the online world– obscuring their courage with more misogyny. Rather than lauding Barkha’s bravery to share an incident that has eaten up millions from inside, our janta hurled the choicest of absurd reactions spawned by internalised misogyny, stereotypes and ignorance that either concluded that she was a liar, or that she, somehow, brought it upon herself. It proved, as a collective population, how little we know about the psychology of rape and how passionately we continue to hate our women. Here are all the fissures in our knowledge and empathy quotient that were shamefully exposed in just the first few dozen comments on the news report on social media.

(Trigger warning: The quotes here and elsewhere in the article are taken directly from social media posts, and have been reproduced here verbatim to highlight the abuse heaped online on victims.)

“I feel its the poor man who was sexually abused by Barkhadutt, not her. Man, look at this transgender lookalike. Whozgonna abuse her? The poor old man got abused.” (sic)

“By the way, all retarded whores are some way or the other have a stupid story of sexually being abused” (sic)

A Murari Kumar weighed in with this gem: “I don’t think Barkha Dutta has such dashing profile that her own family member and relative started molesting her at the age of Eight. Later She turned herself as one night stand due to money and carrier jump. If the all women are not good then all men are also not bad. (sic)

Let us, for a minute, look past the objectification-ridden remarks about her appearance, and skip straight to the usual slut shaming he is resorting to. The man’s reasoning is that sexual abuse has something to do with how the woman looks, what she wears, how she generally conducts herself. Heck, the very allusion that rape has anything to do with the woman invalidates his opinion. He further goes on to opine that little Barkha was not attractive enough as a child to be abused, and an older Barkha was too sexually liberated as an adult not to be sexually abused and shown her place.

How sickening is it to realize that there are still myriads of people among us, who feel that it is a privilege to attract sexual attention that is unsolicited; attention, which, according to them, is the preserve of only the conventionally beautiful. His sexist, perverted and grossly violent thought process is hardly the exception.

A certain Praveen Gupta shared his two cents: “Oh please ! Now behaving like a ‘bechari’ won’t help. Recently calling yourself a victim of sexual harassment in childhood has become latest trend to gain sympathy and cheap publicity. Be it Bollywood or media.

A Roshan Joseph Braganza wrote: ‘Why every retarded feminist was sexually abused in her childhood?

‘Every feminist has a rape fantasy now a days, it’s so easy and cheap to get popular,’ drivelled another.

Barkha Dutt is a controversial figure, and the upholders of the law in the court of social media used her controversial journalistic history to unscientifically and illogically jump to conclusions about the veracity of her claims. Television shows must also take a bow, for creating this ‘vamp playing victim’ trope that gullible audiences take only too seriously. That women are manipulative and use their feminine wiles to get ahead is one of the easiest ways to dismiss them, and has been the defense mechanism of the country's psyche aainst its rape problem ever since abuse has existed.

Twitter user Harnidh Kaur points out, “Childhood abuse is (not) just another ‘bandwagon.’ When you troll someone for speaking up, you are indirectly propagating the culture of silence.”

And lastly, this gem.

A Sahil Sharifdin Êñğlìsh posted on Facebook– “Most beautiful women have never spoken against males like this. Speaking on sexual harassment has become a fashion with ugly, black and man-looking-women. The uglier a woman is, the more she lies about sexual harassment.”

This backs the classic idea that male attention is somehow the only validation that can certify your womanhood. And the thoroughly disturbing afterthought that sexual abuse is, at the end of it all, a flattering ode to a woman’s beauty and desirability. Not to mention the transfer of the onus back upon the woman, by reiterating the idea that they are essentially just aesthetically-satisfying objects, put on the planet for the sole reason of pleasing men.

Speaking of bandwagons, an AA meeting – i.e. Antinationalism Anonymous – was also inadvertently convened, tagging her confession as a conspiracy to defame the nation and Hinduism, because we have a reputation to protect, not our women. But thankfully, we have learnt to troll those trolls right back.

(Write to us about your own experiences with online trolling and abuse. Also tell us what you think should be done to stop such abuse, especially those aimed at women on social media)