How ‘black money’ keeps an economy from flourishing 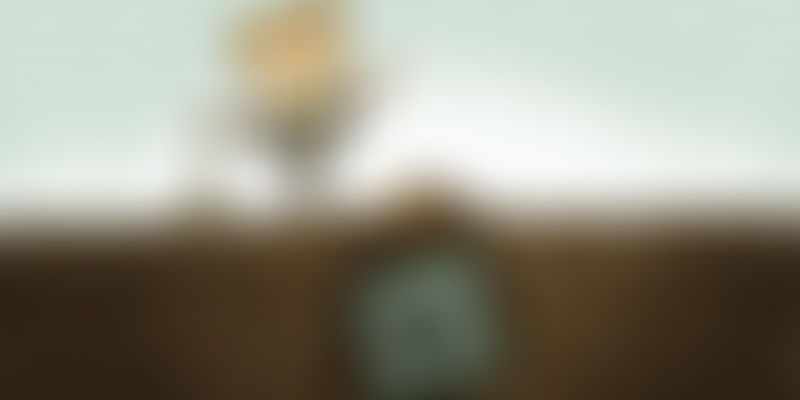 At a recent Bi-monthly Monetary Policy press conference, Governor Raghuram Rajan talked about the RBI’s strategies to narrow down the liquidity corridor in the economy and move towards a more neutral position. This comes in the wake of the report by the Urjit Patel Committee, an expert committee appointed to examine the current monetary policy framework.

The Central Bank has thus far been to keep the liquidity shortfall equivalent to one per cent of the banks’ net demand and time liabilities (NDTL). However, now the move will be towards a position closer to neutrality. This transition will require a release of about Rs 90,000 crores into the system over a period of time. No commitments for time lines have been made yet. “The period depends upon market condition, and flows that come in,” says Rajan.

What is surprising is that despite efforts made by the Central Bank to reduce liquidity deficit, there has been a spike in cash in public hands. The RBI admitted that there is extra Rs 60,000 crore in the hands of the public, which is abnormal. “A couple of new sources of deficit need to be looked at and how permanent they are,” says RBI Chief. “One is that government balances have increased over the year and also, cash with public has increased."

“Around election time, cash with the public does normally increase. You can guess as to reasons why, we can also guess," jested the governor (Watch).

As indicated by Ranjan, the upcoming Assembly elections in West Bengal, Tamil Nadu, Kerala, Assam and Union Territory of Puducherry to be held in May 2016 could be one of the reasons for this spike. These states have a combined voter population of 225 million and opportunities for vote-rigging abound.

Data released by the RBI suggested that there was a 48 percent increase in currency circulation to the tune of Rs 2 trillion for the week ended March 18, which has led to calls for greater scrutiny and watchfulness.

Interestingly, during the same period, bank deposit growth had fallen to a 53-year-low to 9.9 percent. Why then was there a sudden spike in liquidity in public hands, and why was this not being deposited in the banks?

It’s a well-known fact that there is a significant influx of black money during elections. A study by the Mumbai-based Centre for Monitoring Indian Economics (CMIE) found in 2006 that each parliamentary poll generates between $10.19 billion and $11.33 billion of black money.

Black money, as everyone knows, is unaccounted money circulating in the economy, earned through illegal sources and hidden from the authorities, and for which tax is not paid. Black money is generated through various means including bribes, money stashed in tax havens, and ‘donations’.

So, why are economists having sleepless nights?

The black money market has a far-reaching, adverse impact on the economic system apart from what is immediately apparent. It’s like a parallel unaccounted-for economy running within the legitimate economy. The foremost concern is that black money eats into government revenues.

As illustrated above, the maximum portion of the government revenues are from tax receipts. But, did you know that only 3 percent of the population actually pays taxes? Evasion of tax payments eats into the source of income for the government. The decline in revenue impacts the already massive deficit that the Indian government has. To finance this deficit, the government has to borrow more money, which leads to inflation and high prices. This creates a vicious cycle of sorts. Apart from borrowing, the government increases taxes to earn revenue for its expenses in order to balance the budget.

Thus, It is but natural that if the black money circulating in the economy is brought back to the government's treasury, the government will have more money in hand for its expenses and the tax burden on the people can be reduced.

So how does inflation affect us?

Inflation can be defined as the currency losing its purchasing power by a certain percentage. But this is inflation at its most basic. What can be most disastrous for the economy is when this percentage of excess money supply is restricted in the hands of few, while the living standards of the rest of the population shrinks by the same percentage. That is what happens when black money causes inflation. Needless to say, levels of corruption also increase in tandem.

Corruption and black money are two sides of the same coin. Black money is generated through corrupt activities like bribes, and “cuts” paid to officials, hoarding and selling commodities at more than market prices, and tax evasion. India ranked 76 with a score of 38.38 (0 - highly corrupt, 100 - very clean) as per the 2015 survey of 168 countries and territories. Corruption prevents the natural laws of the economy from functioning freely. As a result, corruption in a nation's political and economic operations causes its entire society to suffer.

Industrialists who have money to bribe government officials can manipulate policies and market mechanisms thereby circumventing the law of economics, which requires improving the quality of goods and services, and still sell at a high price. Corruption leads to uneven distribution of wealth and uneven distribution of resources.

Also, as black money is unaccounted for, it cannot be taken into consideration while forming the fiscal and monetary policies. Thus, the government becomes incapable of forming realistic and effective policies.

Black money and corruption hits the economy from every side, impairs development, steals the wealth of a nation and impoverishes its people. The government needs to plug loopholes in the system that allow the generation of black wealth and take drastic steps to be control corruption.