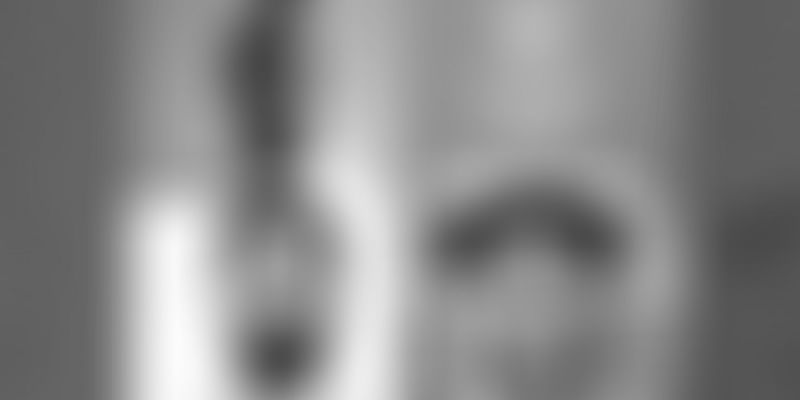 Four friends were having dinner one night, towards the end of 2014, at a small restaurant in Koramangala. The food and ambience was amazing, but they had never heard of that restaurant before, and they were the only customers there at the time. Clearly, some marketing was essential for the little place – but not via traditional media.

Small restaurants and businesses generally focus on the local crowd. Print ads and digital media options like Facebook, Inmobi, Just Dial, Google-ads, and SMS, are neither affordable nor effective within the neighbourhood. Abhijit Chaudhary, Rajesh Bhattacharjee, Basudev Saha, and Subrata Debnath, who had known each other for 20 years, since their B.Tech days at North East Regional Institute of Science and Technology (NERIST) in Arunachal Pradesh, got their startup idea there.

As an advertising platform for local businesses to accelerate sales in an affordable way, Pickcel was born. Rhyming with pixel, an element in digital images, Pickcel brings digital advertising to a hyperlocal level, where you can “pick” and “sell”.

Unlike traditional methods such as newspaper inserts and TV ads, what works better for local advertising is pushing your product (or service) through digital screens installed in apartments and commercial establishments.

In a typical Indian neighbourhood, we have salons, restaurants, retail stores, apartments, doctor’s clinics, and malls. All these places have digital screens that are either switched off or showing cable/DTH content. With Pickcel, a pre-school ad can be shown on the digital screens in the apartments, salons, and restaurants in the same locality. They can select screens in the locality, upload the ad content and launch their offer campaign within five minutes. Abhijit says: “There are around 20 million such small businesses in India. There is potential to monetise 20 million digital screens at public places through advertisements.”

Abhijit, who completed his M.Tech in Computer Sceince from Indian Institute of Science (IISc) in 2002, worked with Motorala, Cisco, and Apigee, before starting software consulting firm eTrance Network with Subrata in 2012.

“Etrance Network was a great learning experience for us. But we were not satisfied, as we did not own the product. The product was getting defined by the customers and we were part of their extended development team,” says Abhijit.

All four co-founders, who have a strong background in building products, wanted to focus on a single product and own it from concept to production, its sales and support. Pickcel was the result. With an initial investment of Rs.1.2 crore, Pickcel was officially registered in May 2015. With a team of 15, Pickcel recently graduated the startup accelerator programme by GenNext Hub in Mumbai.

Their first customers include Unilever, whom they are assisting with internal communication by replacing email with digital screens. Narayana Hrudalaya Hospital has partnered with Pickcel to promote themselves at all the screens they control in HSR Layout.

Pickcel is hoping to be profitable this year, and are targeting 500 clients by the end of 2016. Currently, they have 200 clients – including VLCC, Lakme, Big Bazaar, and Chennai-based FMCG company Watanmal, which serves in Africa. Cab-hiring platform Uber uses their platform to promote UberPool on all apartment screens in Bangalore.

Pickcel works on an asset-light model. Unlike other Digital Out of Home (DOOH) players, they do not own the digital screen inventory. They collaborate with partners who either own or manage the digital screens. Partners connect the screens to Pickcel Cloud using Ethernet, Wi-Fi or 3G/4G.

Partners earn through ad-share revenue when an advertisement plays on their screens. It is also possible to publish customised messaging into the digital screen. Pickcel provides the software technology to aggregate all the digital screens into its cloud and does not charge for providing the technology.

When an advertiser launches a campaign through the Pickcel platform, the ad revenue is shared between Pickcel and partners – about Rs.500 every week. Advertisers include local businesses as well as bigger brands that target neighbourhoods. Pickcel also collaborate with local advertisement agencies.

“We show important notices in about 10 apartment buildings in Bangalore already including Brigade Gateway, Sobha Daffodil, and Purva Panorama. For workplaces, we assist in internal communication by replacing email with digital screen notices,” says Abhijith.

To ensure RoI, they install cameras near each screen to count viewers. When a campaign is being played, it counts the number of viewers near the screen. The viewer count is sent to the Pickcel Cloud for that campaign at that time and location. Pickcel Cloud aggregates the viewer count across all the locations where this particular campaign is running. When the advertisers check the analytics dashboard later on, they can check aggregated viewer count as well as granular measurement of the viewers for any time and day. The advertisers also get reports on the duration for which the campaign ran in each location.

“We are now trying to provide the ability to buy products from touchscreens like Tablets or Touch-TV. Thus, we can show the number of people who bought the product while watching the advertisement on the screen,” says Abhijit.

Pickcel counts restaurant discovery platform Zomato and DOOH players like Live-Media as competitors. But, with a different business model, they are now doing trials with retail chains that can give them access to 1.5 lakh screens across India.

Outside India, Pickcel is partnering with an Indonesian transport aggregator to use Pickcel in buses.

According to a report by ZenithOptimedia  in December 2015, India's advertising market is worth Rs 45,000 crore and is growing at 13 per cent annually. It estimates that the market will expand by $3 billion (nearly Rs 20,000 crore) by 2018. No surprises, then, for guessing that more players and innovations are bound to enter soon.

Having said that, Internet penetration in India is still an abysmal 34.8 per cent, whereas it is 88.5 per cent in the US – where players like Local Yokel Media, Think Near, and Yoose, have already established themselves in hyperlocal advertising. Infrastructural impediments may slow down the reach beyond metros in India. Pickcel has partnered with Reliance Jio in this regard.

Perhaps one day, when the much-hyped 3G and 4G stop being sorry excuses for 2G, startups like Pickcel will be able to bring joy to marketing departments across Indian businesses.