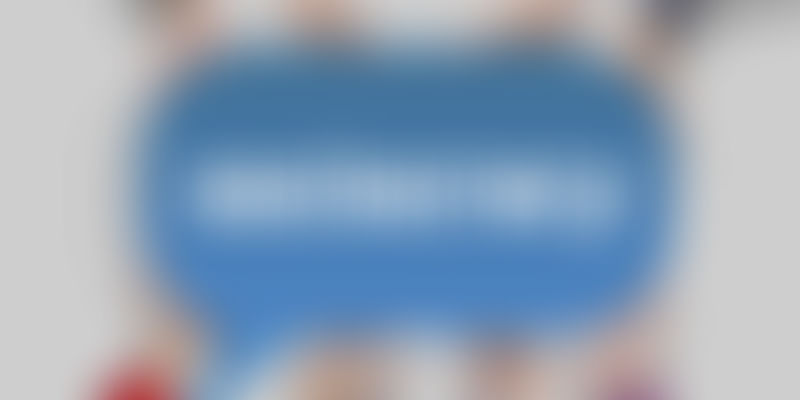 With a few thousand layoffs happening in various Indian startups in the last six months or so, shareholders have started wishing for a magic wand that can help transform their investments into fast growing sustainable ventures. The situation looks chaotic – in one case, one of the co-founders was reportedly taken hostage by the employees to demand a longer notice period and a good severance pay. Other startups have seen more “interesting times” – like Housing.com, after a long-drawn public spat between the iconic founder and exasperated investors, had to finally lay off a few hundred people to “revamp” its operations. Silicon Valley, the global mecca of startups, seems to be undergoing bigger churning with news of regular layoffs streaming in.

Amidst all this confusion, the popularity of the startup space still continues to increase. Recently, giants like Samsung and Infosys, each having hundreds of thousands of employees, have publicly declared that they want to work like a startup. On the other hand, many startups are dreaming of becoming the next multinational corporations but struggle to achieve sustainable growth despite a great product line-up and overflowing funds.

So, what is missing? Let us look at a typical startup story. There is no doubt that to create a successful startup, one needs grit, determination and perseverance. Often, this is achieved by single-minded focus of usually one or sometimes more co-founders, with the support of a passionate and loyal team. This core group endures and transcends it all - long working days and nights, low salaries, deeply frustrating moments, multiple pivots and so on. Most of the members of this core group are superheroes who singlehandedly take on innumerable complex tasks and complete them with scarce resources. This persistent hustling leads to that first big moment of success - either a multi-million dollar purchase order or the first infusion of big funds or, simply, reaching the threshold revenue level that holds promise of no looking back.

Once celebrations are over, a new larger office space is taken and new hirings done, and a new reality starts dancing in the organisation. New features need to be designed, new products need to be launched, new customer segments need to be 'acquired', and, to achieve all this, new teams need to be built. The 'new' organisation needs new infrastructure, organisation structure, policies, and so on.

Despite these daunting tasks, there is excitement in the air, after all, with new deep pockets, everything will work out perfectly, and it often does. However, for most startups, it is not so smooth - rather, the beginning of a “rapid growth” period is often the beginning of a new “perplexing” reality. Perplexing, because, things start breaking randomly with nobody ever getting time to get to the root cause, customers complaining, employees leaving and a general sense of chaos that does not seem alarming, as it appears to be a natural side-effect of sudden growth.

This is a stage that almost every business faces when it rapidly moves from being a startup to a new formal organisation. Initially, it might simply appear to be a problem of team size.

However, my conclusion after closely observing a wide range of organisations is that most entrepreneurs and investors simply do not think about proactively building an organisational culture that is most suitable to the values of co-founders and the long-term vision of the organisation. What is often missed is an attempt to address this question: while building new infrastructure, policies and systems, should the venture try to retain its original culture, or, realising that the rapidly growing organisation is taking new shape, consciously consider new ways to work together and, perhaps, design an altogether new organisational culture?

Instead, what often happens is that the old superheroes (including co-founders) do not want to let go of their control, even after realising that they lack certain skill-sets that are necessary to help scale up an organisation. The same skills and work habits that were an asset during the starting-up stage become big bottlenecks to the organisation’s sustainable growth. One symptom that indicates that the venture might not be effectively dealing with its rapid growth stage is when the original core team becomes the unofficial 'High Command' of the organisation. The ‘old circle’, in informal meetings, continues to discuss new hires and take strategic decisions that are later announced to the new members. While this might seem natural and harmless, it often alienates the new people who are never truly made to feel part of the organisation in the real sense.

Another symptom is the rise in blame-game – often about quality of new people. It is possible that the new hires are not of adequate quality, but if an objective assessment of the earlier core team has never been done then this could be a gargantuan blindspot, especially if only new hires are being subjected to scrutiny without any objective benchmark. Some ventures do realise this and I have worked with organisations simply to articulate the new skill sets that a growing organisation needs, and merge the old and new people in a fair and transparent manner.

In my opinion, the perplexing chaos happens because importance is not given to three fundamental issues:

Now, this is the classic easier-said-than-done situation. In recent times, the software development industry has tried to deal with this problem by using agile and related methodologies like Scrum and Extreme (XP) – however, these have been found to be tricky to implement in large projects. Much earlier, during 1970s, Gerard Endenburg, after many years of experimentation and application, developed a dynamic governance system using consent decision-making and an organisational structure based on cybernetic principles (a closed loop system with a feedback mechanism). This resulted in a formal organisational method called the 'Sociocratische Kringorganisatie Methode' (Sociocratic Circle Organising Method). By 1980s, Endenburg had founded the Sociocratisch Centrum (Sociocratic Center) in Rotterdam to help other organidations adopt the approach. Since then it has spread across the world with numerous success stories.

I am particularly finding sociocracy to be a near-perfect system for startups that are dealing with the 'rapid growth' phenomena. Sociocracy is just beginning to take roots in India. I have been part of sociocracy implementation at Digital Empowerment Foundation (DEF), New Delhi. John Buck and Shammi Nanda, along with many sociocracy leaners and practitioners, have formed a ‘Sociocracy South Asia Network’ in India to support organisations interested in implementing sociocracy.

As I see, sociocracy allows everyone in the organisation to have a say in decision-making without slowing down implementation – rather, many processes start moving faster. Any member of the organisation, at any hierarchical level, can propose new initiatives in their respective circles. Eventually, the organisation benefits from more participation and creativity, higher energy levels and enthusiasm, deeper commitment and happiness, longer retention and overall a much more adaptive, agile and effective organisation.

If your organisation is growing, then sociocracy might well be the magic wand you are looking for to achieve sustainable growth of your venture.