Those who can't own, rent - the dawn of e-commerce rental economy 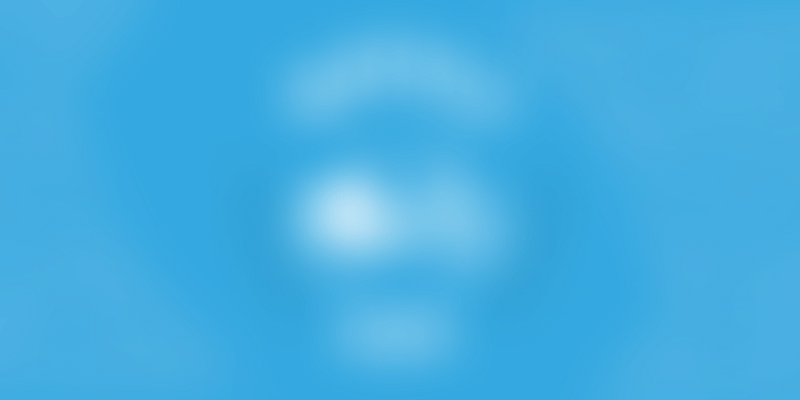 Hotel management professional Vijay R Varma moved to Bengaluru from Kerala a few months ago. He rented an apartment that came unfurnished, but unclear of how long he would stay in it, he found it unnecessary to furnish the house. A friend recommended Furlenco and Vijay rented all the fixings for a bachelor pad—bed, TV and beanbag— at just Rs 2,999 per month. “It would’ve cost me way more than that if I had bought these items, and the customer support and value for money made it worth it,” he says.

Vijay is one of the many urban youngsters nurturing a new business model. Four years ago, it was quite hard to imagine renting furniture or designer clothing online and getting it delivered at home without any hassles. But rental commerce has matured as a market for startups in India, thanks to digitisation and the e-commerce boom. Affordability for short-term utility requirements and luxury items, which would otherwise entail shelling out a small fortune, is creating more acceptance for rented goods amongst youngsters.

The new culture is shifting towards accessibility, as opposed to ownership. Getting what you need instantly and getting it for a fraction of the cost of ownership is the key. Gone are the times when a job-seeker would choose employment at his/her hometown. With a generation that is more mobile than ever before, purchasing is not a viable option. In verticals like bikes, cars, designer wear, adventure gear etc., it makes sense to rent the product if your need is for the short term.

The e-commerce industry is gaining trust, while breaking down the intrinsic distaste in our culture for using things that one doesn't own. Technology is giving a push to the supply, for an already existing demand. Ajith Mohan Karimpana, CEO and Founder of online furniture rental startup Furlenco, believes that traditional offline rentals were less about quality and more about facilitating short-term convenience. “We are more focussed on quality. As an online company we are able to leverage technology to understand our customers better,” he says.

As in e-commerce, fashion is a much-sought-after category in rentalstoo. Shikhar Khanna, Co-founder of on-demand fashion rental platform Blinge, says that they have seen six-sevenfold increase in the number of orders in the last six months. “For each product, we make a profit of over a 100 percent over the lifecycle of the product. We do not buy an inventory, but have collaborated with designers for revenue-share model,” he adds. Their average ticket size is Rs 600 for western wear, and Rs 1,700 for ethnic wear.

Sharing economy as a concept became popular in India with on-demand transportation platforms. Anupam Agarwal, Co-founder of online car-rental platform Revv, says: “In India, quite a large population has driving licence but no cars. We provide a service beyond cabs: use a car without owning one,” he says. From nine cars at their launch in July 2015, they have now grown to more than 300 in Delhi, Bengaluru, Hyderabad.

Rohan Arinaya, Co-founder of two-wheeler rental company iRYD believes that the online platform provides more possibilities for scaling. “We market only by brochures and social media. A lot of business is from word of mouth,” he adds. iRYD app lets users choose the Honda Activa bike located near their vicinity, scoot away to a location and drop it off at iRyd’s site close to the destination of the commuter. GPS tracker installed on each bike will track its location. Starting with 20 vehicles in January this year, iRYD has grown to 75 now and is hoping to expand to more cities. Its customer base includes students, professionals and tourists.

Online rental, as a concept, is very new and people are not aware of its existence in many sectors. Furlenco’s Ajith believes that the slower penetration is a challenge, because of having to first educate them on the rental concept and then the brand. “Banks and financial industry need to be aware and ready to fund this new asset class (furniture),” he adds.

Also, the regulatory environment is quite restrictive in India, slowing the growth of rental economy, says Anupam of Revv. “Although many want to rent out their private vehicles, they cannot do so due to a private number plate. Scaling is possible with private vehicles,” he adds.

Another problem in rentals is that the product condition may not be same even for a month-old product from the same manufacturer, as these items are used by different users for different purposes. Jithin Raj, founder of P2P horizontal rental platform Cocociti, says that once a rental period is over, the customer needs the refund instantly, while the product owner might take 24 to 48 hours to check for any damages to the product or any traffic rule violations or tickets in case of a vehicle rental. “Liquidity, demand prediction, substitute and contingency stock to replace a defective product even at peak demand times, like long weekends and festive/event based rentals, is important,” he adds.

Online commerce is highly capable of attracting demand; people are getting used to doing everything on the mobile phone. But customer retention works differently for rentals. Ajith of Furlenco says: “We have an ongoing relationship with our customers, unlike a marketplace. We invoice our customers monthly and our business model is closer to say a Netflix model than to an Amazon model. As a rental company we also need to invest in reverse logistics and do refurbishment, which is not the case of other e-commerce portals. Therefore, we are investing in them too.”

But, do horizontals have an edge over vertical platforms? Angshuman Bhattacharya, Managing Director at Alvarez & Marsal India, believes they do. “In categories requiring specialisation, localisation and supply-chain capabilities, vertical model would be in a better position to serve the customer profitably. In lower involvement categories, including peer-to-peer platforms, horizontal models could flourish,” he says.

Jithin of Cocociti agrees. “We are able to tackle the liquidity problem as listing from product owners of different verticals are leading to a higher liquidity on the supply side. So we have more variety of options and locations to select for a Cocociti user,” he says. But online rentals face more hurdles compared to offline counterparts. “In a physical store, they have ample time to convince a customer who can come and visit often and then decide to rent. Also, you can physically check the items before return,” says Shrawan Chhajer, Co-founder of online book renting portal IndiaReads. He adds that metro cities have 80 percent online payment while non-metros have only 30 percent.

None of the major mainstream ecommerce players have entered the rental sector yet. But it may not be off their plan either. Online marketplace for ethnic fashion Craftsvilla acquired clothing rental startup F2SO4 last week. Manoj Gupta, founder of Craftsvilla, said that the acquisition was aimed at integrating stitching service in their platform. He added that they are not considering rentals for now, as they are not sure about the business model. “But once the market matures, we might consider it a few years later,” he said.

Many online rental entrepreneurs believe that the sector has potential to beat online purchases. But Arvind Singhal, Chairman of Technopak Advisors, believes that the rental space is only a small market in India, and will not bother mainstream e-commerce. “Rental economy cannot overtake purchases, because the Indian mindset still leans towards ownership,” he says. But he adds that B2B rentals like farm equipment will have a better future than B2C ones.

Foreign markets show that vehicular rentals will be the first to make it in online rentals. In the US, growth began over a decade ago with CORT and RentTheRunway. In China too, China Auto Rental (CAR) started in 2007 when self-drive rental market was in its nascent stage. They went IPO in 2014 for $6 billion, and runs 150 lakhs cars today in China. Brazil has Movida, which went from 200 to 40,000 in two years, and Localiza which was founded in late nineties and currently runs lakhs of cars.

In India, the second car for a family might be substituted by rentals, and in a decade or so, online rental vehicles will change the sector for good. Rentals may not beat purchases, but the growth is definitely promising. Angshuman of Alvarez & Marsal says categories like furniture, vehicle sharing, books and music will grow in peer-to-peer platforms. Along with these, in rentals, durables and personal goods such as apparel work too. “In the first phase, horizontals would see traction. The challenge would be scaling up the service with an efficient inventory pool,” he adds. Unlike in any other sector, word of mouth is the most significant factor in growing these startups. The hope remains that a good number of early customers will influence the behaviour of the masses.