20 year old Farah, has been feeding the street-children of South Mumbai for a decade 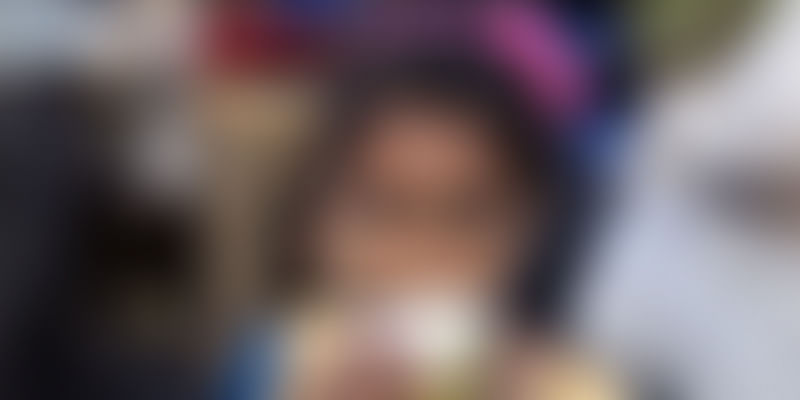 “It is under the greatest adversity that there exists the greatest potential for doing good, both for oneself and others.

They say that the stories about the unsung heroes, are the ones that always stick. Well, here’s the story of a 20 year old girl, who while suffering from her own disabilities, teaches us a thing or two about being selfless.

Farah Tafty has only one rule for her Birthday- to distribute food among the street children of Fashion Street, a famous by-road in South Mumbai. A resident of Colaba, Farah and her mother Morvarid Tafty have unfailingly kept to this practice for the past ten years.

As Morvarid recollects, Farah’s philanthropic zeal of life was visible to her parents, even as a child. The earliest instance of this took place when a seven year old Farah and Morvarid were returning home from the market, one evening. They had just bought a bucketful of mangoes which were kept carefully in the backseat. When they halted at a signal, a beggar-child came up to the window, asking for alms. Like most of us, Morvarid’s natural impulse was the standard ‘maaf karo, aage jao’. However, in that instance, she saw her reach out to the backseat, take out two mangoes and give it to the delighted child. At that point of time, Morvarid remembers saying, “Very good, Farah but why did you give it without asking Mummy?” At that, the seven-year old’s sincere and prompt reply was- “Because they are hungrier than I am. I will eat two mangoes less.”

The determination to help those less fortunate than her, stuck by Farah as she was growing up. Braving the 30 odd degrees of a sweltering Wednesday morning, the mother-daughter duo stacked up the back seat of their white Toyota and set forth to put a smile on the faces of the twenty odd children of Fashion Street.

As the car pulled up to the street, the children’s faces were to instantly light up in recognition and they dashed towards it, in anticipation of a grand feast. Morvarid made the children sit in a single line, while Farah moved from one to the other handing out food packets and Frooti. The children waited patiently with seemingly well-practiced discipline as they received their treat and then dug into the food with an animated gusto. Soon this gathering turned into quite the street party, literally. The excited children, happy and well-fed, sang ‘Happy Birthday’ and Mohammad Rafi’s ‘Tum jiyo hazaro saal’ for the Birthday girl at the top of their lungs. The party of twenty soon turned into one of forty, where the parents of the children were invited to join the feast, which they did excitedly. Naneshwar, who levels tars on the road and is the father to one of the children, said, “It’s not every day that we get such food.”

The Tafty’s won more brownie points with the fact that they had brought plastic packets for all the empty food packets to be thrown into, thus teaching the children not to litter and doing their part for a ‘Swachch Bharat’.

The little happy gathering, oblivious to the penetrating heat and boisterous traffic had their very own Birthday party on the streets of Mumbai, that Wednesday morning. This just goes to show that a simple gesture, consistent through the years of a young girl who has to face her share of difficulties every single day, does indeed go a long way.