After losing a close friend to wrong diagnosis, this trio starts a healthcare platform to ensure correct prognosis 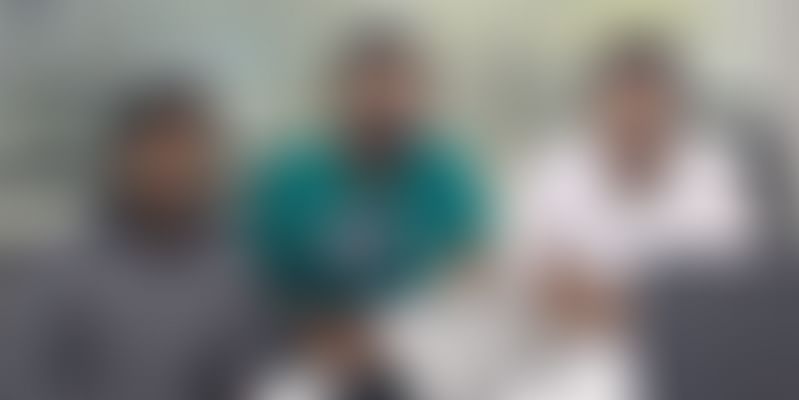 Often the simplest of symptoms and ailments can be a warning bell for something larger. In many cases, if these aren’t diagnosed properly on time, it can cause serious consequences. Something similar happened with Ashish Tiwari. An unfortunate incorrect diagnosis lost him his close friend.

He realised that his friend would’ve been alive if there was a platform that helped him and his family with options to make informed choices. This led to the birth of HealthKhoj, a condition discovery and management platform.

The aim of the platform is to help both sides of the healthcare system by providing a platform that helps detect symptoms and ailments, making it easy for the caregivers and families while consulting a doctor. This helps reduce the cost of care, time taken for diagnosis and treatment, and in some cases even effectively frees up the capacity and space utilisation in hospitals.

“Our focus is on health conditions, which have longer care cycles and require high involvement from the care givers, patients as well the as the healthcare provider,” says 38-year-old Ratnesh Pandey, Co-founder of HealthKhoj.

The team is focusing on cases where the patients have been suggested surgeries or procedures. HealthKhoj has partnerships with hospitals so that patients can chose the procedure and get estimates on the cost of care and facilities from different providers and make decisions based on that information.

Founded in 2015, HealthKhoj was started by Ratnesh, Ashish, and Prabhash Thakur. The three have been friends since their time at Sainik School in Rewa. Before starting HealthKhoj, Ratnesh, an IIM Lucknow alumnus,had worked for Wipro Technologies and headed marketing for CustomerXPs Software. Ashish,an IIT Kharagpur alumnus,had worked at Cisco Systems and as a Senior Analyst for AIG, and Prabhash, an IIT-B and XLRI alumnus, had work experience at TCS, Genpact, TPI, and IBM.

“As we understood the healthcare system more and more, the condition discovery and informed choices regarding surgeries and in-patient procedures, emerged as one area where people need a lot of help,” says Ratnesh.

During their research, they found that seven out of 10 patients go to the wrong type of healthcare provider in their first visit. The healthcare system in India is under severe pressure. Availability of only 0.6 doctors per 100 people, and 0.9 hospital beds per 1000 people tell the story.

“Over 70 percent of the time, they go to the wrong healthcare provider, thus elongating the care cycle, misdiagnosis, increased out of pocket expenditure, anxiety to the family, and loss of productive time,” adds Ratnesh.

When a person comes to the platform or the app, you need to input the symptoms on a symptom checker, an algorithm-driven tool. The symptom go as inputs and after three to four steps, it lists out the various possibilities. From there, you can see what kind of doctors you should meet. Another way is to go to the section of the website or app which deals in a particular condition, showing signs and symptoms, types of that disease, prevention, and management.

The third way is to directly select the kind of procedure one is looking for and fill out a simple form, from where they handhold the patient.

Apart from the funding and deals, the space is replete with players like Practo, Lybrate, Portea, Doctor’s Circle, and 1mg. All these platforms offer comprehensive focus on the segment.

HealthKhoj claims to be different as they state that they provide a guided journey to the patients. This is achieved through three steps that understands their health through a symptom checkerand directs the patient to the right kind of doctor.

If the doctor recommends any surgical procedure, the startuphelps the patients with making the right choice of hospital, understanding of costs, duration, and complications involved.

Ratnesh adds that there is also a very strong suite of content and tools which will help patients be more aware of the disease, thus helping in prevention and management of the disease.

The team has partnered with hospitals to bring in a clear view of the surgeries and their costs. “We have been witnessing a lot of stickiness on the website with as much as 40 percent return visitors,” says Ratnesh

On the Google playstore, the app is in the top 20 when you search for ‘symptom checker’ or ‘health checker’ and has close to 1000 downloads as of now. The team did not share their revenue and number of partner connections.

The startup is bootstrapped, but is in talks with investors for funding. The team soon intends to add different Indian languages on the platform and further develop the platform.