This Canadian spent 85 hours on the longest train journey in India, shopping at the bustling market on the train 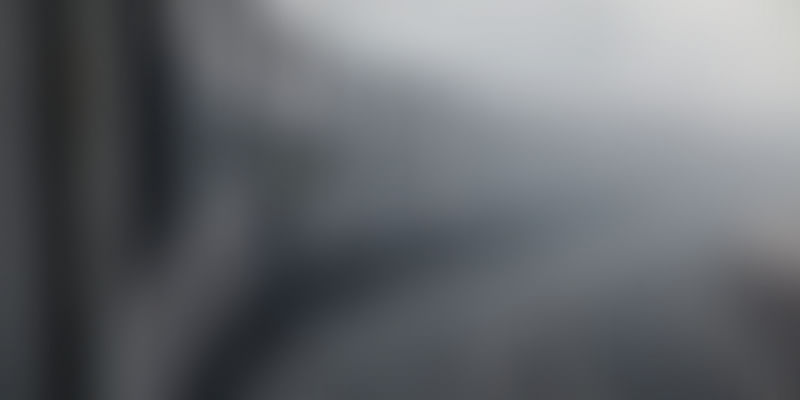 “Railway stations in India stand like fiercely independent states within cities and towns, insulated from the local flavour, as if they are territories of a common colonial master sitting in Delhi, which they are anyway. Such is their sameness that if you remove the yellow slab that identifies the station and all the other signboards, you will have very little idea where you are. All you will know is that you are in a country where tea is available round the clock and whose inhabitants have two primary occupations — travelling and waiting,” writes author-journalist Bishwanath Ghosh, in his book, Chai, Chai: Travels in Places Where You Stop But Never Get Off.

Train journeys have fascinated the intrepid traveller and children. Mostly. For the rest of us, especially in India, train travel is synonymous with crowded compartments, bad food, dirty toilets, and more crowds.

Yet, there is something magical, almost romantic, about train journeys. Its rhythmic chugging motion mimicking the heartbeat of a lover, whose forlorn sigh can be heard in the whistle as the train tears through the night.

So, while Ghosh chose to explore the towns which fall en-route important railway junctions, Canadian musician and traveller Ed Hanley choose to ride the train instead. And he took the longest train journey in India, which also features at number 10 in the world’s longest train journeys. Any guesses?

The longest train journey in India

The Dibrugarh-Kanyakumari Vivek Express, train #15906, which travels from the lush jungles of hilly Northeast India in Assam to the coastal city of Kanyakumari at the tip of India in Tamil Nadu, takes three days and four nights with 56 halts before reaching its destination. Billed as the longest train journey both in terms of distance and time, it covers 4,273 kms taking 85 hours to reach its destination.

Ed was the only passenger on the train who travelled the entire stretch. He says, “The romance of train travel is legendary, and while I think 85 hours might possibly be a tad long for a first date, the experience of Indian Railways train #15906 definitely has its moments. I watched the three sunsets from the train door (where I spent an inordinate amount of time drinking tea and taking photos), and none failed to impress.” According to him,

“The train travels so far south that the third sunrise is 42 minutes later than the first.”

The train has 21 boogies and carries over 1800 people, “perhaps equal to the population of a small town,” observes Ed.

In an email interaction, Ed told me that he loved train travel in India, and that “it's not always pleasant or comfortable, but it is always interesting, which is more important, I think.” Ed, who is a tabla player, has been to India 10 times over the past 25 years. He says, “I heard a recording of tabla maestro Alla Rakha, and found a teacher in Toronto, started taking lessons, and never stopped! I've studied in Toronto, California, Kolkata, Chennai, and Pune.”

Answering a question on his most memorable moment on the train journey, Ed says, “That's a tough one. I think generally morning was my favourite time. The chorus of vendors (and the food) at Vijayawada Junction was amazing. It was very interesting to see the variety of vendors on the train.” But what troubled him a lot was children begging in the trains, when they should be in schools.

Ed realised that the train was a veritable street market, as were platforms, which he says, “are street markets on speed. Vendors have only minutes to sell as many cups of chai, samosas, idlies, and vadas as possible, and the platforms are filled with as unique and varied a set of calls as any jungle.”

Ed spent a lot of time photographing hawkers in the train selling everything from peanuts to nail cutters. He tells me,

“I kinda want to do a project just on things you can buy on trains in India.”

The Indian Railways is one of the largest rail networks in the world employing 1.4 million people, and generating revenue of $24 billion. It has over 115,000 km of track over a route of 65,808 km and 7,112 stations, carrying 23 million passengers a day. Ed is surprised that it “has its own police force, the RPF, or Railway Protection Force.”

He cautions fellow travellers to keep their distance from the RPF, in half jest. “I’ve rarely felt unsafe on my 10 trips to India, but three soldiers toting sub-machine guns suddenly whipping back the curtains and stepping into my coupe to chat did give me a moment, I have to admit. Likely they were only there to quell the growing unrest due to the late appearance of the morning chaiwallah. Tip: photographing the RPF is frowned upon,” he says in his blog.

Ed told me that he was unable to book his tickets on IRCTC and used Cleartrip instead. “IRCTC has changed online booking procedures though, so I think it's a bit more difficult for foreigners, which is unfortunate.”

For those interested in taking this long journey, Ed took the train from Dibrugarh at 10.45 pm on a Saturday and arrived in Kanyakumari at around 11 am on a Wednesday. “The first part of the journey is in darkness, and making your bed and meeting your neighbours are the only activities. When the sun rises, the lovely hill station of Diphu, Assam, slides by shrouded in a light fog.”

On the third morning, he lunched near Nellore, and crossed into Tamil Nadu in time for afternoon tea. “The final sunrise of the trip arrives about 6.30 am as you pass Thiruvananthapuram, and the almost empty train crosses back into Tamil Nadu about 8.15 am for the final push south to Kanyakumari, finally gliding to a stop around 11am,” he says.

Spending 85 hours on a train is no joke. Besides stiff muscles, one is at the mercy of dirty toilets and unpalatable food. But Ed says, “The food from the pantry car on the train was pretty good. I mostly ate egg curry for dinner and bread omelettes for breakfast. I bought food from vendors on the train and platforms as well.”

However, “little cups of chai” was the nectar that kept him recharged and re-energised. “Tea is a ritual in India, and doing garam garam chai shots on the train and platforms is a vital part of the experience.”

For that’s how all of us remember our train journeys as well – infinite cups of chai as we rock with the train and wait to arrive.

(Images by Ed Hanley. You can reach him on @talawallah on Twitter)