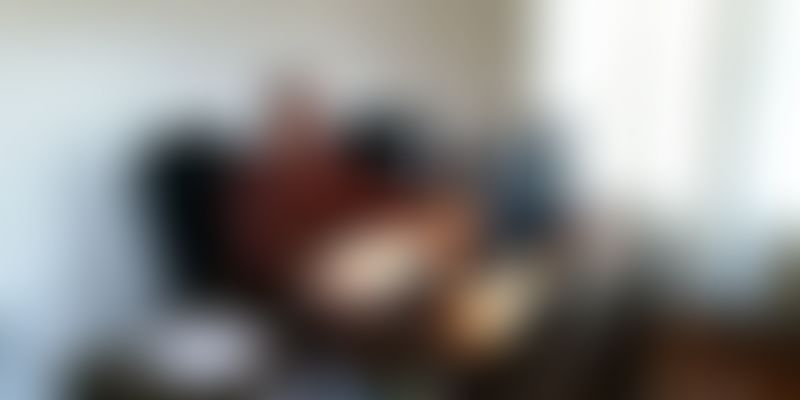 Krishna Kumar, Ashok Reddy, and Rohan Rodrigues were colleagues at a global IT services firm when they began talking about starting a company. They were looking at various software services ideas, in 2011, when suddenly an idea popped. They decided that advanced analytics was going to be a revolution as its applications were vast and the rewards are massive.

The three of them realised that IT services was losing its relevance and was becoming more of a commodity rather than value-add. Today, software products make it all the more difficult for companies to build sustainable differentiators and most often it leads to margin erosion.

iQGateway came into being after more than six months of discussion and deliberation in 2012 between the three colleagues. The market was also in their favour. Advance Analytics is nothing but a solution that automates decision making. The machine learns from massive patterns and predicts future outcomes for business.

Gartner Inc. says that advanced analytics is a top business priority to broaden insight into the business. Advanced analytics is the fastest-growing segment of the business intelligence (BI) and analytics software market. Global revenue in BI and analytics market is forecast to reach $16.9 billion in 2016, an increase of 5.2 percent from 2015, according to the latest forecast from Gartner Inc. According to Gartner, the BI and analytics market is in the final stages of a multiyear shift from IT-led, system-of-record reporting to business-led, self-service analytics. As a result, the modern business intelligence and analytics (BI&A) platform has emerged to meet new organisational requirements for accessibility, agility, and deeper analytical insight.

"The shift to the modern BI and analytics platform has now reached a tipping point," said Ian Bertram, Managing Vice President at Gartner. He says that organisations must transition to easy-to-use, fast and agile modern BI platforms to create business value from deeper insights into diverse data sources.

In 2012, the iQGateway team then brought on board Praveen Koduru, a stalwart in the area of advanced analytics, as a co-promoter of the company. Praveen’s passion for analytics and the shared vision with the team began the building blocks of the company. The founding team decided that Rohan should stay back in India and build the business here while the rest of the them would move to the USA to win clientele in that country.

“During the initial days there was a lot of debate internally as to whether iQGateway would focus on products or solutions,” says Rohan, Co-founder of iQgateway. He says that the only way to succeed was to create intellectual property. The team also realised that since advanced analytics was pretty much the last bastion in the technology evolution cycle ‑ for the foreseeable future ‑ having a product-based strategy would limit the company from venturing into different industry verticals and tackling different types of problems.

“We decided that we will become a business solution provider using advanced analytics in the areas of image, text, and data, while ensuring that each problem we solve will lead to the creation of new IP either in terms of a new method or as a reusable component,” says Rohan.

Today, business leaders are looking at solutions to problems either from a perspective of decision making or efficiency improvement. Importantly, they were looking at an algorithm that could give them a completely different perspective of their business. An “alternative perspective” as we call it leads to a new business idea or a service that allows them to leverage their existing customer base for more revenue. The first 12 months of iQGateway were really very disheartening. Coming from an IT services background, it was natural for them to reach out to our contacts in the IT department. Most of their conversation with folks in IT revolved around technology implementation, whereas iQGateway folks were discussing problems and solutions. Even corporates wanted to see actual problems getting solved with tangible outcomes rather than theoretical concepts. “We then decided to focus on building a repository of solutions based on actual industry problems and real data,” says Rohan. In 30 months, they built a repository of more than 20 proprietary techniques and two patents across a host of industry verticals using real business data and solving actual business problems in the area of image, text and data analytics.

They got lucky with a Fortune 500 company giving them an opportunity to understand their business processes and come up with outcomes. That experience made them understand how solutions should be built for a large organisation.

The users and the future

The company has worked with everyone from banking to retail to manufacturing. Its pilots have proved successful over the last two years.

“We selected iQGateway as they were one of the top performers in a proof of concept Knowledge Discovery in Databases exercise that we conducted. They were also very easy to work with, notwithstanding the time difference between UK/USA and India. They used simple technology language and terminology to explain complex content to senior management. The benefit was better predictive accuracy of bad debt. We predicted a two percent reduction in bad debt, which would have equated to around over a million pound benefit over a three-year period,” says Ashutosh Bhatt, of Head of Risk at V7 Limited UK. He had engaged iQGateway while being Head of Risk at Compu Credit UK.

“They had the data scientists. The types of problems that the team had solved and their track record indicated a high likelihood that could predict problems before hand. The main benefit was also defining what the necessary inputs were to solve the prediction problem,” says Nithin Rajan, VP and Co-founder at Performance Athlytics, LLC.

Intellectual property is the key to success of any company. The iQGateway team has invested close to $100,000 of their own money on seeding the company. They did not wish to disclose their revenues or the total number of clients that have signed on. The team believes that if they get five anchor customers by the end of next year then they could build a very reputable technology business. Their competition in India comes from another startup called Xurmo Technologies. Globally there are companies like Confluent and H20.ai. Both of these companies have raised more than $30 million in venture capital. India does not have a good band of advanced analytics technology startups. May be its time we had some coming out with IP.

“IP is the only thing that will get funded over the next five years. It is what will also command good valuations if companies have corporate customers that are paying for the solution,” says Naganand Doraswamy, CEO of IdeaSpring Capital.