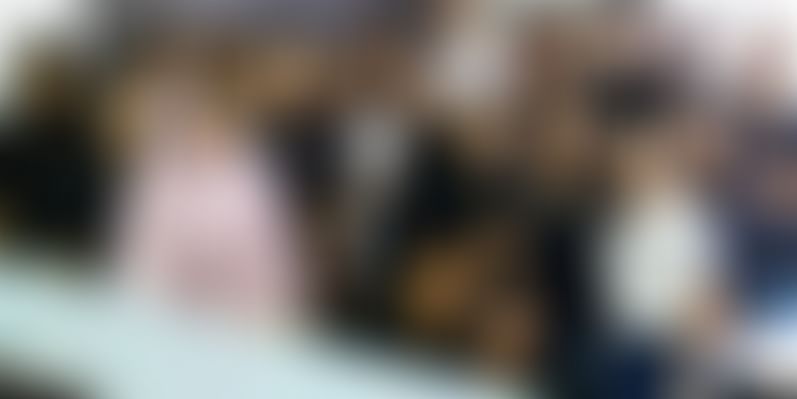 During the early years of this decade, there was a surge in e-commerce, hyperlocal commerce, and on-demand services where a lot of startups and even large companies jumped in. But, companies failed to perform well and incurred huge losses because of high logistics cost, uncertainties, and frequent delays.

Dhruvil Sanghi and Manisha Raisinghani decided to build a product that most companies in this segment could utilise to cut down their cost while providing the best customer experience.

It aggregates the location data from multiple clients with similar delivery networks, anonymises it, and then use the power of real “Big Data” to generate insights. This information helps companies predict delays, save costs, and provide reliable customer service.

In two years’ time, it claims to have 75 large companies and 150 SMEs in its client list, which already includes Mahindra Logistics, Paytm, Reliance, Adani, Maruti Suzuki, and Myntra among others.

It also claims 300 percent year-on-year sales growth. And it has now been observing 10 percent month-on-month growth on the customers’ side.

“The average ticket size per customer is Rs 50 lakh per year. On current profitability, we are making 30 percent EBITDA margin, which is the company's operating profitability as a percentage of its total revenue,” says Dhruvil, Co-founder and CEO, LogiNext. A graduate of Carnegie Mellon University, he has more than five years of experience in the technology space with a strong interest and expertise in Big Data.

The startup follows an SaaS-based model where it charges clients per transaction or per asset.

For a year, the two co-founders had been bootstrapping the platform until it raised two rounds of funding on the trot.

In April 2015, it raised around Rs 3 crore of seed round from IAN (Indian Angel Network). In September 2015, it announced it had secured $10 million Series A from Paytm.

There were also plans for global expansion, with an eye on markets in China, South East Asia, and the Middle East.

In January 2016, it kicked off the business with a few customers in Singapore, Hong Kong, and Dubai.

“We have leads from 10 more countries at the moment, and will be closing on those customers by the end of this year to leave our mark on those markets as well. Being an enterprise software company, we do not advertise directly to business users but we do our marketing only to C-level execs, which is a very niche audience; and hence it does not become obvious how well or how frequently we are marketing ourselves,” says Dhruvil.

He adds that the venture has grown double speed in South East Asia, the Middle East and the European markets than they did in India in the last six months. The revenue split is 70 percent India and 30 percent outside. LogiNext claims to be successfully replacing large tools like JDA Software and Oracle Transportation Management, which are 100 times bigger, with products that are 10 times more expensive.

IAN was the first investor in the startup where the seed round was led by Sanjay Mehta, Member, IAN.

On his decision to fund LogiNext, Sanjay says, “It was the first analytic solution startup in the logistics business in the country. Using data points, it offered some breakthrough solutions to logistic companies. Besides, the founding team, graduates from Carnegie Mellon, was also impressive to be the part of our investments.”

Paytm plans to invest Rs 500 crore in the coming fiscal compared to the Rs 200 crore it spent this year to increase its logistic network across the country for it merchants.

According to a study named ‘Logistics Market in India 2015-20’ by market researcher Novonous, the country’s logistics industry is worth $300 billion. The report further predicts this number to grow at a CAGR of 12.17 percent by 2020.

In this space, Bengaluru-based Locus.sh is another platform that provides a similar service. In May 2016, the platform announced $2.75 million in Series A funding. The round was led by Exfinity Venture Partners, with participation from Blume Ventures, BeeNext, Rajesh Ranavat, MD, Fung Capital, and other existing investors.

Regarding the competition, Dhruvil says that he saw a huge startup fad last year, when everyone was coming to market and starting logistics services or logistics software businesses and selling it to customers for free. Customers have burned their hands with poor products and services being given at lower rates and they are now happy to spend some more but get better returns.

Talking about the drop in funding and consolidation, he adds that consolidation has been very helpful for his venture as silly startup ideas are no longer getting funded, and customers are again taking startups seriously.

“Last year, we also saw some startups offering tools to enable 20 minute last-mile delivery, which is practically impossible. Now, even customers are aware and interested in joining hands with mid-stage startups like ours. From a consolidation point of view, it helped us because we were able to acquire a couple of startups and their awesome business and teams,” says Dhruvil.