They are not just great cooks, but great entrepreneurs too! 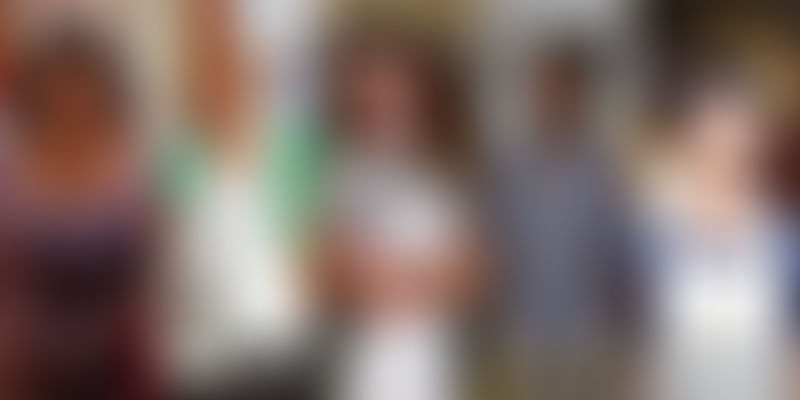 No matter how long a day you’ve had at work, and how much you’ve been waiting to kick off your shoes and pants and fall into a Cinderella kind of sleep – you will find yourself planted in front of your Television at 9pm, salivating with an untouched bowl of soggy cereal before you. This is what Masterchef Australia does to you and Season 8, which is currently being aired on Star World – is no exception.

Well, while you’ve been drooling over dishes that look like heaven on a plate, our favourite Masterchef contestants from the seasons of yore have been busy following the gold mines to build their independent businesses. Some have climbed, some have fallen- and some have the stories. The stories that are written to inspire.

Carrying half-filled suitcases, sparkling eyes and their hearts in their mouth- our favourite Masterchef stars were soon to embark on a journey with only one aim driving them forwards: to be remembered.

The first ever Masterchef Australia winner, Julie Goodwin truly set the bounds high for all her successors. After her big win, Goodwin went forth to star in another famous reality series- “I’m a Celebrity, Get Me Out Of Here”, where she had to battle it out against legends like Barry Hall for a good three and a half weeks in a South African Jungle. She also opened an independent cooking school called ‘Julie’s Place’ which is based on the New South Wales central coast. In addition to this, Goodwin hosts a breakfast show on Star 104.5 on the Central Coast. Her book ‘Our Family Table’ published in 2010, has become a mandatory purchase for all food-enthusiasts globally. Her other books ‘Heart of the Home’ and ‘Gather’ have also been widely circulated and celebrated. Goodwin also involved herself in ‘The 7PM Project’ where families entered contests to have the winner have Goodwin cook at their house on live television. Married to Micheal Goodwin and mother to three delightful children, Goodwin states that all she looks forward to coming to coming home after a long day of work and cooking her family their favourite meal- pork roast. Give us a bite, Julie!

The winner to the Third Season of Masterchef Australia, Kate Bracks went from School Teacher to Cooking Maestro. The mother to three, Bracks is a strictly-professed Evangelic and refused to call even the Dalai Lama ‘Your Holiness’, because to her ‘God is the only one that is perfectly holy’. Bracks released her cookbook ‘The Sweet Life’, which offers a collection of mouth-watering desserts of the author’s best. She is also embarking on an entrepreneurial journey by working towards building her own Kate Bracks baking brand, which will offer services of delivery her custom-style home-made cakes as per order in her hometown of Orange. From School-teacher, to Masterchef, to Entrepreneur- we wonder what’s ‘cooking’ next!

Once a bob-cat driver and local scene footballer, Owens is now $250,000 richer. His story from rags to riches is an inspiration to all the young avid followers of the show, to remind them that hard work and passion can bring them into the limelight, in any which way. Unlike the other boys his age, Owens joined the work force at only 18, where he began to work for an excavation business led by his high school sweetheart-Madison Ancrum’s father. Being driven for success at an extremely early age, Owens managed to save up enough to buy a house for himself at only nineteen. It was on Madison’s convincing that he even considered signing up for Masterchef and boy, should he be glad he listened to her! Owens won the Masterchef Title in 2014 and launched his own cookbook ‘Dig In’ that contains quick and easy to make recipes. Owens has also scored brownie points by promoting Masterchef in India and has been doing cooking demonstrations at a hardware store Bunnings as part of a campaign to get men into the kitchen. Feminists love him!

From Media Lawyer to Television chef, Adam Liaw’s journey to success is quite the inspiring story. Liaw had a pretty rocky family life, being the second out of three kids and having his parents divorced at an early age. Once his mother left them for New Zealand, Liaw moved in with his paternal grandmother Kwei-Eng Chew, who he credits for everything he knows about cooking, family and support. Liaw graduated with a double degree in Science and Law from the University of Adelaide at only 21. He worked corporate law at Kelly & Co Lawyers in Adelaide and was also the Legal Advisor to the Hong Kong Business Association. He even worked in Media Law for Walt Disney in 2004. The radical shift to Masterchef came when his buddies realised that he belonged in the kitchen (no pun intended) and convinced him to ‘throw his hat in the ring’.

“There’s the cliché ‘I hate my life and I need to do something new,’ so you go on MasterChef, but we were happy with our lives. I wouldn’t look at going back to my legal career as failing in any way,” says Liaw, when asked about his decision to give up his legal career for one in food and nutrition.  (as stated in the Daily Telegraph)

Liaw won Season Two of Masterchef and since then hosts a food show called Destination Flavour on SBS and is the proud author to two well-circulated cookbooks- ‘Asian After Work’ and ‘Two Asian Kitchens’. He has also written columns for The Wall Street Journal’s Scene Asia and Good Food and is UNICEF Australia’s National Ambassador for Nutrition. Liaw is the perfect example of the saying ‘It’s never too late to follow your passion’.

The ‘Dessert King’ of the Masterchef series, Reynold’s story is one of the most applauded across the world, as there aren’t too many twenty year olds who’ve had the reach or success he can claim to his name, in a mere short one year. Reynold comes from a family of celebrity chefs, with his mother being a certified trainer in Commercial Cookery for over twenty years and his older brother being the global celebrity chef- Arnold Poernomo. Although he didn’t manage to bag the title, Reynolds has been given the opportunity to work at Grant King’s Gastro Park in Potts Point, one of the most revered restaurants in the world. He launched his own dessert café Koi Dessert Bar in January of this year, and which has been referred to as the ‘Sugar Mecca’ in Rosebery.

So the next time you tune into Masterchef, don’t just look at the food- look at the people behind it and let them inspire you to become bigger and better than yourself. All of these sparkling personalities, who are now big names on both the worlds of internet and television, were once sitting around in front of the television and convincing themselves, that tomorrow they would become somebodys. And the next one, could be you.