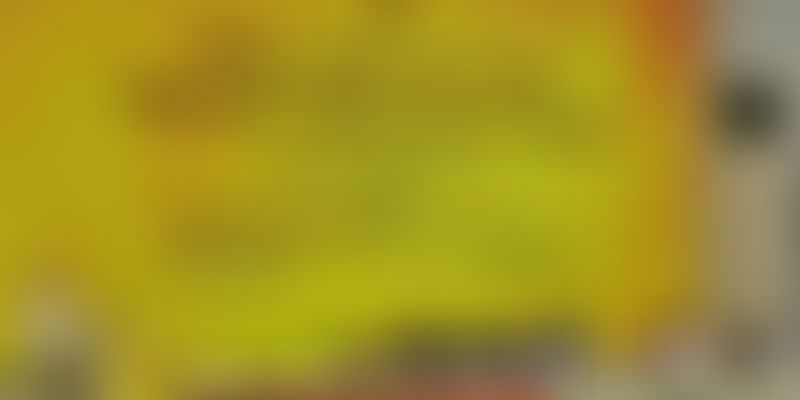 “An ideal Indian village will be so constructed as to lend itself to perfect sanitation. It will have cottages with sufficient light and ventilation built of a material obtainable within a radius of five miles of it…The village lanes and streets will be free of all avoidable dust. It will have wells according to its needs and accessible to all. It will have houses of worship for all; also a common meeting place, a village common for grazing its cattle, a co-operative dairy, primary and secondary schools in which industrial education will be the central fact, and it will have panchayats for settling disputes. It will produce its own grains, vegetables and fruit, and its own khadi. This is roughly my idea of a model village.”

These were Mahatma Gandhi’s words on how he envisioned an ideal village. An ardent follower of his, Narendra Modi has set out to bring it true in India, by launching Saansad Adarsh Gram Yojana(SAGY) on October 11, 2014, within a few months of becoming the prime minister.

SAGY was launched in an effort to develop the rural areas of our country at the same pace as that of the urban areas. “Each member of parliament needs to choose one village from the constituency that they represent, except their own village or their in-laws village and fix parameters and make it a model village by 2016,” the programme states. By SAGY’s guidelines, all the members of the parliament should work to develop physical and institutional infrastructure in villages and convert them into ‘Adarsh Grams’ or ‘Model Villages’. This programme has three phases, with each MP adopting a village and developing it in each phase. The third phase is said to conclude in the year 2019, by the time the next general elections come.

“The model of our development has been supply-driven. Schemes are made in Delhi and Lucknow and are pushed further. We want to change it from supply driven to demand driven. MPs can select a village in their state. This is not a rupiya-paisa yojana but a demand-driven, people’s participatory scheme. It is people driven and guided by people’s participation, guided by the MPs.” quotes Narendra Modi

One of the distinct features of SAGY is the switch of the development strategy from supply-driven to demand-driven. Rather than banking upon the resources available, this programme aims at undertaking development procedures depending upon the demand from the villagers’ side. This shall tend to form a sense of unity among the villagers and give them the vigour to improve their village. With three Adarsh gramsto be formed by the conclusion of the third phase, these villages shall become the nucleus of growth and governance serving as an inspiration to other gram panchayats. While the MP who has adopted the village makes vital use of government schemes and designs initiatives with local context, the ultimate motive of this initiative is to make the villagers both independent and be able enough to make their own choices to develop their village.

One of the key points addressed by SAGY is the strengthening of the gram panchayat and creating a positive synergy among its people. This problem can be resolved by improving peoples’ institution and fostering good local self-governance, in terms of transparency and accountability. This scheme also aims to provide accessibility to basic amenities and services, including pucca houses for all, a proper sewage system, village markets, telecom connectivity and the like. Some of the other common problems identified were socio-cultural backwardness and voluntary participation from villagers. Activities such as conducting cultural festivals, honouring village elders and women,and setting up youth committees to resolve their problems are undertaken to instil a sense of pride in the minds of villagers.

How did the first phase fare?

One such success story is that of the Laderwan village situated in Jammu & Kashmir. Adopted by Muzaffar Hussain Baig, this village’s main source of income is agriculture. To increase their productivity, Muzaffar has linked the mobile numbers of 379 farmers with Krishi Vigyan Kendra (KVK). The KVK sends SMSes regarding weather forecasts and messages on the recommended package of practices for specific crops at particular stages of crop growth. Now farmers get regular inputs on how to grow their crops effectively and their productivity has also increased considerably.

Another such village to bask in the limelight of developing into an Adarsh gram is Bangurda, located in Jharkhand. Observing the village to be devoid of proper healthcare facilities for adolescent girls, Bidyut Baran Mahato set in motion a series of health camps addressing the problems they faced. Anaemia and other ailments were also found to be existent in high numbers. In the health camp, 188 girls were tested and many were found to be suffering from gynaecological diseases, urinary tract infection and skin diseases. And due to the social stigma attached to these diseases, most of the girls hadn’t consulted any health specialist. Most of these problems were due to poor sanitation. Awareness programmes were held among adolescent girls and women of the village about the importance of healthy hygienic practices.

However, the second phase, having been launched on January 31st, has received a poor response from the parliamentary members. Only 23 out of 543 Lok Sabha members and six out of 252 Rajya Sabha members have shown interest in the further progress of this program. A senior rural development ministry official attributed this poor response to dearth of funds to develop a village. As there are no specific funds for SAGY, MPs have to tap into other resources like funds from existing schemes, the gram panchayat’s own revenue, CSR funds and the like.

As ambitious as this initiative sounds, it is equally arduous. With things not proceeding at the required pace, SAGY’s future seems to be unclear.