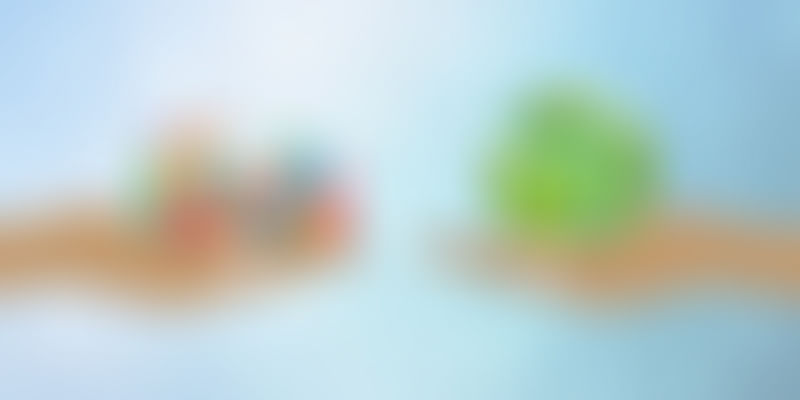 With fundamental societal issues, large inequalities and often little government provisions to address them, Asia is considered to be a region of current and future growth for social entrepreneurship. Social incubators have emerged as the intermediary that can help social startups build and grow their solutions.

Out of them, four incubators supported idea-stage enterprises, while seven focussed on entrants with prototypes. Two had social enterprises in all stages and another two served post-revenue ventures. Here are some of the top highlights from their findings.

There is increasing funding interest for social investors, companies, foundations and philanthropists within Asia to invest in social enterprises, but there appears to be few ready investment targets. Selective incubators have been found to get a higher average enterprise survival rate. Careful selection helps focus limited resources on the strongest business models.

In terms of selectiveness, Asian social incubators (22.4 percent of application pool selected on average) are in line with social incubator peers from other regions (21 percent), but less selective than international commercial peers (below 2 percent).

However, the concept of social incubation is fairly new globally, with relatively fewer applicants than commercial incubators. Hence, the study estimates that a higher rate of acceptance, such as 10 percent, can be considered selective.

DBS and AVPN found that three selection criteria mattered most to the incubators they studied. Selected enterprises must have:

3. Potential to benefit from incubation.

Show me the money!

Among the eight incubators that provided information on their total operational budget, the budgets ranged from $32,000 to over $6 million. In general, there are three broad categories of operating models that incubators adopt to generate revenue to fund their operations, as summarised by Nesta:

• Growth driven: Generates revenue from equity, share of earnings, or by appealing to business angels and venture capitalists.

• Fee driven: Charges a fee (such as rental) from incubatees.

The study found that majority of the incubators seem to be funding operations via independent sources, as they operate under a not-for-profit model. All of the 13 incubators received some form of grant funding, making up 5-100 percent of their total funding budget.

DBS and AVPN note that while securing grant funding is tedious and may contradict the mission of most incubators to build revenue-based social enterprises, in the commercial space, a non-profit model for incubators seems to be more successful.

Incubators shared the various ways in which they support incubatees to reach out to external funders:

• Introducing and connecting them to investors and grantmakers.

• Preparing them for pitching to the funders.

The extent of the success of this depends on the breadth and depth of the network and partnership of the incubators.

To overcome the funding challenge, UnLtd India’s study suggests that new financing models are emerging. As incubators mature, they can look towards consulting and finance-related activities as well as a more intentional focus on assessing corporate funding to supplement their revenue base.

The study found that a graduation policy needs to be applied, both to encourage incubatees to plan for the future and to release resources for the next generation of incubatees. In the sample, DBS and AVPN found that the balance between time-bound and performance-based graduation was almost equal.

Time-bound programmes are useful for incubators to plan, allocate resources in terms of time, budget, human capital requirements, and enable incubators to serve their cohort well. But they may not always be the best choice for enterprises as the progression of each enterprise towards scale may differ.

If supporting individual progressions is the priority, then performance-based graduation policies are more effective and such incubators should be required to align selectiveness, their own funding and finally human capital to be able to assist incubatees in their growth journey.

While it is difficult to pinpoint the most effective ways to support incubatees post-graduation, the time after graduation is estimated to be the most vulnerable time for social enterprises, as they venture out alone and rely on their own networks.

To aid their graduate social enterprises, most surveyed incubators helped and supported their graduates well beyond graduation. Though this is beneficial to the graduates, this support can distract the focus and resources away from the existing incubatees.

Some incubators adopted a methodology where they used their alumni to provide coaching and experience sharing with the existing incubatees in return for coaching and mentoring of alumni. This had the effect of creating a peer group across cohorts and adding to incubator resources rather than detracting from them through post-graduate support.

1. The strength of an incubator lies in its mentor network, who are enthusiastic and available to offer regular advice, guidance and create further access to outside resources for the incubatees.

2. Mentors are usually more numerous than full-time staff and should be selected based on skills and commitment. To make the most of mentors, incubators should know skills and purposes of individual mentors and match them to needs of the incubatees. However, mentors need to be committed, spending enough time with the incubatees to develop a trusted relationship that makes a difference.

3. Good mentorship is dependent on certain criteria. For one, mentors need to have entrepreneurial experience. Others emphasise that strong links are crucial: either to the local community, government or business community, as these ties would prepare organisations for the future.

4. Some mention that adequate pay for mentors makes a difference to the quality of the mentorship. However, this can also backfire, as mentors may just serve themselves rather than their incubatees.

Overall, it appears that good mentorship is still not well-defined. It depends on the type of enterprise and their needs and the incubation manager’s gatekeeping role for the mentoring services offered.

Read the full report and portraits of all 15 social incubators from DBS Foundation and AVPN here.

Related read: How corporates and governments can use new approaches to help social enterprises

How an engineer’s one-cow revolution is transforming Indian agriculture