[App Fridays] With 3D avatar animations and emojis, Qugo is going after the holy grail of messaging

Written channels of communication have seen a variety of changes and growth in the last few decades. From handwritten letters, the world moved to emails and instant messengers with the arrival of computers and Internet. At almost the same time, mobile phones brought in the era of SMS and messaging apps.

Messaging apps are among the most popular apps with the highest engagement on smartphones. The industry though is still seeing a lot of innovations and we are seeing a gradual shift to more visual tools. Qugo, based out of Bengaluru, aims to go after the messaging segment by letting users express themselves through custom 3D animations that mimic real-life gestures and emotions.

With Qugo, users can create their own animated emojis using avatars and customise communication by adding voice to make chats more personal. The app also includes other popular features like the ability to text, share photos and videos and create groups. Some of the other important features include,

Security and privacy- Qugo claims to use 256 bit encryption for the message content to ensure security. It also ensures that messages are deleted from their servers after delivery and phonebook contacts are not stored in their servers too.

Social features- Qugo’s friend finder lets users chat with contacts, and even share contact info with friends. Users can also add their own voice to the 3D animation to send animated voice messages.

Based out of Bengaluru, Qugo is a product of parent company Mobigraph. Currently consisting of an 11-member team, the startup was co-founded by Udayakumar Kadirvel, Sujith Kumar, Subrhmanaym A.S, Siddhartha Vinnakote(CTO), Rakesh Nanda, (Creative Art Director) and Palanikumar Thangapandian, in 2015. Having previously worked at companies like Samsung and HP, the team consists of experts in mobile graphics software, cloud computing and creative arts.

Uday functions as the CEO of Mobigrapgh and has over 16 years of experience in design and development of components for Samsung and Motorola Mobiles. He earlier headed Graphics Software Group in Samsung India R&D, Bengaluru. He noted that the startup is currently seeing good traction, with over 4,000 monthly active users (MAU) per month, with loyal users spending 30 minutes on the app per day.

Qugo adds that their growth so far has been organic, through word of mouth and referrals. Going forward, they aim to focus more on couples, ‘friend and family groups’ and other emotionally-connected groups that they feel is their ideal target market. Qugo also added that they have got a lot of feedback from users through email and app stores reviews that is helping them further enhance their app. Talking about their most touching review, Uday said,

Qugo was highly appreciated by National Association of Deaf (NAD). Their project director said the app is like a light to hearing-disabled people. Its animations and expressions helped to bring the deaf closer to their hearing-enabled friends and family.

Qugo currently has active users in about 100 countries, but India, USA and Brazil are currently its top three markets. It also has a patent pending for its concept and technology stack.

Qugo is currently free to download for Android and iOS users. The team aims to keep the app free and monetise through custom 3D animations for brands. It also plans to release a software development kit (SDK) layer to deploy its technology for other apps and platforms to leverage and consider this to be another revenue channel.

Qugo’s future plans include adding more more avatar accessories and 3D animation and including a feature titled ‘Share your chat as a story’. The startup had raised an angel round of funding from investors in Silicon Valley last year and now aim to raise a larger round for further expansion.

The messaging app market has seen a lot of growth in the past few years. Facebook had acquired WhatsApp for a record $19 billion in 2014 and the platform recently crossed 100 million voice conversation a day. Meanwhile, Japanese messaging app Line is in the process of filing its IPO. Ephemeral photo and video messaging app Snapchat recently raised a $1.8 billion Series-F funding round, in May 2016. In March, Snapchat had spent an estimated $100 million to acquire Bitstrips and then launched Snapchat 2.0 with video, audio, GIFs and stickers.

With multiple messaging apps out in the market vying for user’s attention, the ones with the most features, integrations and most engaging interface will likely command the mindshare of users. 3D emojis and filters seem to be the obvious choice and it will be interesting to see how this sector plays out.

Qugo has an appealing user interface and well-thought-out features, such as the ability to create custom avatars, follow channels of interest, and create custom stickers with chat bubbles. Users can also download animations of their choice and it gets added to the Qugo keyboard, which allows quick access to different categories.

While Qugo has a ‘group messaging’ feature, it is not very easy to find or locate. Improving the user interface to make it more discoverable would be useful. Also introducing the ability to view previews of animations before hitting send would add value and possibly avoid awkward situations where one uses an animation inappropriate for the situation.

On the whole, Qugo provides a unique messaging experience that is visual and engaging. It will be interesting to see what further features are added and how the experienced team goes about marketing their product and reaching out to their target audience.

You can download the app here for Android and iOS

Harshith Mallya
Harshith Mallya has been tracking the Indian startup ecosystem for about four years. You may find him at startup events, sticking his nose in other people's business, looking for his 'next big scoop'. An alumnus of Manipal Institute of Technology, Manipal, he is a keyboard warrior and a fitness enthusiast. You can connect with him on LinkedIn, Twitter,
or Facebook… 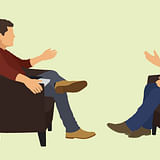 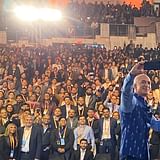 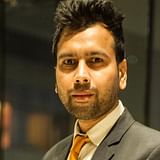