Have we become immune to farmer suicides? 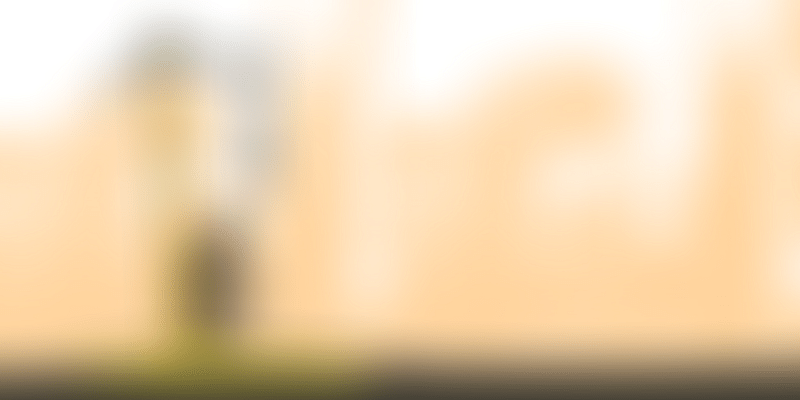 It’s uncanny how the concept of ‘farmer suicides’ has become synonymous with Indian agriculture, with 2015 witnessing the highest rate of the same in the past decade. In Maharashtra especially, farmers are pushed into a tight corner where they are made to choose between selling their land and ending their lives. Unable to face the humiliation of losing the land they spent their entire lives nurturing and working upon, they turn to the noose. Ever since the drought that hit the state in 2012, the numbers have just been on the rise.

Zooming in on the despair that abounds Marathwada, a drought-prone region in Maharashtra, the number of farmer suicides numbered around 1,200 in 2015 and about 273 in the first 90 days of 2016. The casual way these numbers have been tossed by the government is just astounding.

With various channels and industries singing praises of the Modi Government and its vision to turn India into a superpower, why has this ‘Achche din’ philosophy not been extended to the agricultural classes? Why are the farmers still being exploited by money lenders who charge exorbitant interest rates (which range from 48 percent and 100 percent per annum)? Why hasn’t the ‘Swaminathan Commission Report’ on Agriculture, which has been pending for ten years and sworn to be implemented by Modi during his 2014 Election Campaign, not been implemented yet? Who is responsible for these devastating conditions that the farmers are resigned to, making them believe that death is the only option?

These atrocious conditions aren’t limited to just the farmer, but also to their respective families. Here’s an example of how negligence by the Government has wreaked havoc in the lower agricultural strata of our economic society. A young girl called Mohini, hailing from the Latur District, was on the brink of embarking on a bright future as an auxiliary nurse when she overheard her parents speaking about how, in order to afford the sufficiently large donation and fees as well as her upcoming wedding, they would have to sell their only asset – their land. Unable to put her parents through this desperate situation, she hanged herself in January of this year, ending her chance at a happy life.

So what is the cause for these despondent conditions? The Intergovernmental Panel on Climate Change (IPCC) in its fifth assessment report in 2015 attributes it to global warming, stating that “it is not just about melting ice, threatened animals and plants. It is about the human problems of hunger, disease, drought, flooding, refugees and war, becoming worse.” According to Michel Jarraud, chairperson of the World Meteorological Organisation, by 2050, South Asia would witness a significant drop in production of major crops like rice, wheat, millet, maize and sugarcane and an outbreak of some serious epidemics.

Others like Vijay Jawandhia have attributed it to mal-governance and faulty administration. To him, the agricultural crisis arises due to the accelerating cost of cultivation, farm labourers being paid minimum wages while government employees receive wage hikes at their expense, and an increase in the cost and price of industrial production with no subsequent rise in the price of the agricultural produce.

Whichever way one will opt to look at, the truth of the matter is that several regions in Maharashtra, such as Marathwada, are currently undergoing depletion of forest lands, severe droughts, dry borewells and are still being called ‘home’ by hundreds of starving families who face acute water shortage, stagnant economic activity and consistent migration. Here, the standard rainfall of 780 mm during monsoons has dropped to less than 260 mm. More than 70 percent of the kharif crops have failed, leaving farmers with nothing. Marathwada has seen more than 250 farmer suicides every year since the drought of 2012. Reports show that since 2014, the state has witnessed a nearly 40 percent drop in rains as a result of which, thousands of Marathwada farmers lost nearly four to five crops one after the other.

A big part of the blame is also to be aimed at the Indian Meteorological Department for releasing faulty reports containing incorrect weather accuracies in the past couple of years. What India needs is an integrated cloud modification technology, the impetus for which was undertaken by a committee of eminent scientists led by the late APJ Abdul Kalam back in 2004. However, nothing really came out of this. A few years ago, the International Center for Agricultural Research in the Dry Areas (ICARDA) had developed a heat resistant wheat variety which sustains itself even in at 50 degree celsius.

Despite India ranking second on the Climate Change Vulnerability Index, neither the central nor the state governments have any plan or design in place for India’s agriculture sector regarding climate change mitigation and adaptation, which includes developing new varieties of main crops that could withstand water stress.

With the high pricing of urea in the country while it de-valuates in the international market, an increase in the cost of potash and phosphate fertilisers and a mere increase of four percent of minimum support prices of agricultural produce in contrast to the fifteen per cent increase it had previously garnered, the farmer finds a drop in his income and a rise in the cost of the cultivation process. Seeing no respite from this, the farmer chooses to end his life and free himself from the burden of his living. In the face of such glaring atrocities, the question we need to ask ourselves is – do we, the people of India, still care? If so, then maybe it’s time to become the change.

Some individuals like P. Sainath are doing their part to bring this crisis to the attention of the masses. P. Sainth has often been considered the modern day champion of rural affairs. A revered Indian journalist and photojournalist, Sainath focuses on social problems, rural affairs, poverty and the after-effects of globalization in India. He has written many books and maintained many archives on the same. Sainath is currently the founding editor of ‘People’s Archive of Rural India’.

Coming back to the matter at hand, to understand a bit of the kind of depravity these farmers are being subjected to, watch P. Sainath’s ‘Nero’s Guests’.

Although it is easy to shift the blame towards the authorities in question, we should understand that we, as individuals, are responsible for the same apathy that is shown to these poor farmers. Today, we are scattered across all kinds of professions that are catering to current needs by fostering new technologies and laws as we speak. When access like this exists in the world, why is it that it is limited only to a certain class of people? Why are we, as educated individuals who are aware of these disastrous conditions that are plaguing the rural economy, not doing anything to help these drought-stricken regions using the same available methods?

As the saying goes, change will only arise when it comes from within, and it could begin with even one individual making it their mission to help.