Cervical cancer is preventable, but not prevented 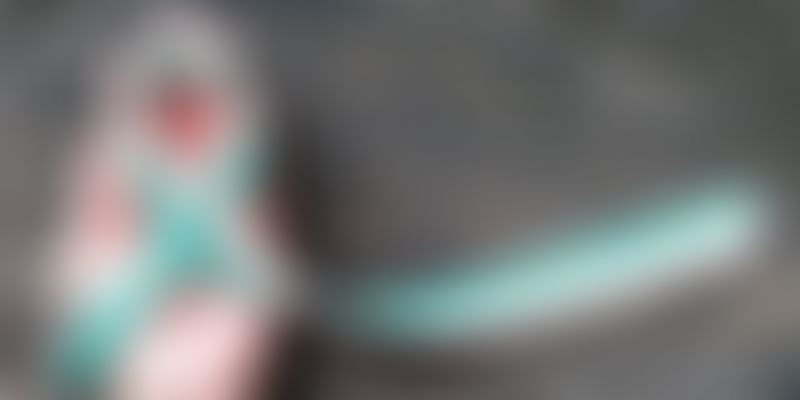 Cervical cancer can easily be diagnosed at the pre-cancerous stage before it becomes a full-blown malignancy and can be cured with 100 percent success at this stage. Importantly, this disease has a long pre-malignant stage (10 years on an average). This period offers a golden window of opportunity to diagnose and cure the disease in its pre-malignant stage.

Cervical cancer remains a major public health challenge in India. India has the highest number of women afflicted with this disease – 28 percent of all cases across the world are diagnosed in India. Each year, 1,32,000 new cases are diagnosed and 74,000 deaths occur annually due to the cervical cancer. This accounts for one-third of all cervical cancer deaths in the world. Every seven minutes, one woman dies of cervical cancer in India. The incidence of cervical cancer in Indian women varies between 30.0 and 44.9/100,000 (WHO, 2010), accounting for 20 percent of the global disease burden. Indian women face a 2.5 percent cumulative lifetime risk and 1.4 percent cumulative death risk from cervical cancer. According to the World Health Organization (WHO), the annual burden of new cases in India will increase to nearly 225,000 by 2025 at current incidence rates, in the absence of systematic prevention efforts.

The prevalence of this disease is higher among rural women and those of low socioeconomic status. Lack of awareness and lack of proper screening protocols are at least partly responsible for this alarmingly high prevalence. Despite the considerable prevailing burden of disease, there are few organised cervical cancer screening programmes in the country. This means that the majority of women are diagnosed when the disease is at an advanced stage, when it is no longer curable.

Developed countries have been able to bring down the prevalence of cervical cancer by adopting effective mass screening programmes. Primary prevention involves vaccinating young girls with the HPV vaccine – this is available in India. Many countries have incorporated HPV vaccine in their routine vaccination schedules for young girls. Secondary prevention involves screening of healthy women to detect the disease in the pre-malignant stage when it can be cured. Studies have demonstrated that screening techniques such as visual inspection of the cervix using acetic acid or Lugol’s iodine, the Papanicolaou (Pap) smear and DNA testing for human papilloma virus are all effective in diagnosing the disease at early stages and reducing mortality.

The need of the hour in India is two-fold – programmes to improve awareness among women and effective screening programmes.

Awareness regarding cervical cancer and its prevention is very poor among both educated and illiterate women in India – and to a certain extent, even among health care providers. Awareness-creation strategies are inadequate in our country.

Compliance with screening is poor – both because of societal factors and because women are asymptomatic until the disease progresses to an advanced stage.

In the rural milieu, preventive practice is unheard of and women are reluctant to submit themselves for a gynecologic examination when they are asymptomatic. The main challenge, therefore, lies in creating awareness about the need for screening among both rural and urban women and health care workers.

The fact that this cancer is indolent and provides a large window of opportunity for early diagnosis and effective therapy is itself becoming a challenge for motivating the women to come for the screening. The tendency to seek health care as a remedy for disease rather than for prevention of disease has become a huge obstacle to screen the community at large. A fundamental alteration of how we perceive our responsibility towards our own health is required. We recognise that awareness creation is the only way to change this mindset. We often use social gatherings that women frequent as venues to deliver short talks about the disease, prevention and the necessity to undergo regular screening tests.

In rural areas, women are apprehensive of the results of a screening test and fear of the consequences of a positive test. The health of the woman occupies the least priority in many rural households. We have had several women refuse to come for the screening test, despite being symptomatic. These women later developed frank cancer and were thrown out of their houses and abandoned by their families, since their presence was so unbearable to the rest of the family due to the foul odor associated with the later stages of this disease. Cervical cancer is one of the worst cancers to affect human beings – in the later stages of the disease, the patients have severe pain and emit a foul odor due to the tumor.

Co-work with Systems/Agencies and the government to continue and increase the pace and reach of the screening programme.