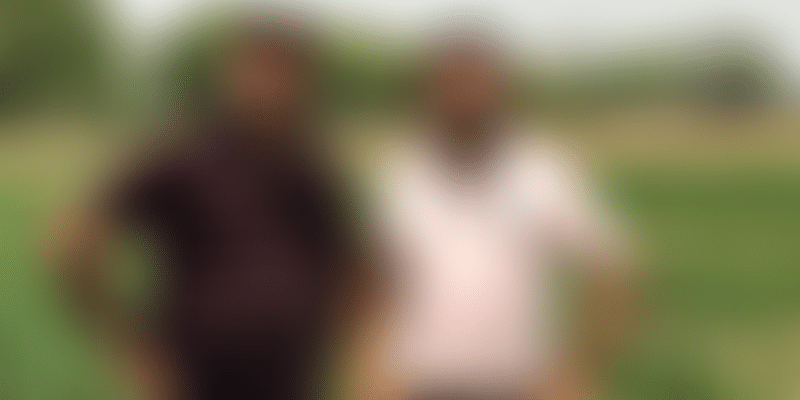 Mukul Singhal and Rohit Jain, former SAIF Partners principals, along with a couple of angels have invested about $1.5 million seed fund in Crofarm. This is the maiden investment from the unnamed fund announced by the former SAIF duo in January this year. Sources from YourStory confirmed the investment and the aforementioned amount. “The duo led the round in Crofarm almost a month ago,” says sources, who did not wish to be named.

YourStory has sent an email to Rohit; however, it didn’t elicit any response at the time of writing this post. The co-founders of Crofarm declined to comment about it. Sources add,

Two angels also participated in the round.

YourStory couldn’t identify the angels who participated in the funding round. Mukul and Rohit were leading seed investments at the venture capital firm SAIF Partners and their new fund is slated to be invested in 15-20 startups (approx $500K each) in a year. However, the sources say,

The duo invested a little over a million in the Gurgaon-based company.

Interestingly, as of now, Mukul and Rohit haven’t disclosed the name as well as the size of the fund. “At the time of announcing Crofarm funding, the duo will also reveal the name of the fund. The deal is slated for announcement in a fortnight,” reveals sources.

Launched in April this year, Crofarm is changing the way businesses procure the agricultural produce by essentially weeding out intermediaries. Currently, it works with Metro, Jubilant Foodworks, Bigbazaar, Grofers and Big Basket among others.

Crofarm is a brainchild of serial entrepreneurs Varun Khurana and Prashant Jain. The duo previously sold MyGreenbox to Softbank-funded Grofers. In February this year, the duo moved on from Grofers after a year-long stint at the Gurgaon-based company.

Selling crops at decent price-point is the biggest headache for farmers. We often see how farmers are forced to sell produce at cheap prices, while intermediaries hoard it and make a killing when demand soars and supply plummets. Crofarm aspires to bypass multiple layers existing between the farmers and the markets.

The company competes with Bengaluru-based Ninjacart, an online B2B marketplace that connects farmers and brands to retailers. It secured $3 million in its Series A round led by Accel Partners with the participation of Qualcomm Ventures, M&S Partners (Singapore) and Zop Smart.

So far, agriculture is one of the most neglected sectors by technology. However, things are now looking bright for the sector, as startups and investors both have started showing interest in one of the largest unorganised sector in the country.

Existing supply chains in agriculture sector require a lot of work. The produce spends too much time in transit, with multiple loading/unloading causing wastage, and with several intermediaries involved a lot of money ends up going to entities that don’t add much value.