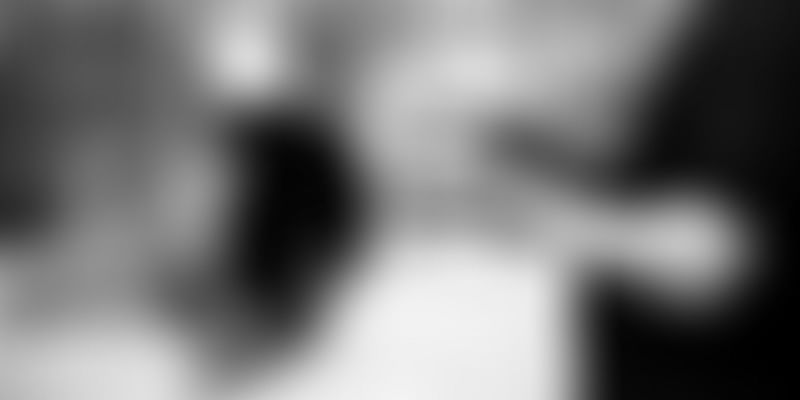 Anita, 27 years old (name changed to protect victim’s identity), lives with her parents and siblings in a small town in West Bengal. She was married at the age of 19. In less than two years, she filed a police case against her husband, mother-in law, sister-in law, and brother-in law as they were demanding a hefty bribe and gold jewelry from her. They also physically assaulted her and threatened to kill her.

Two years later, Anita was trafficked. She was living with her parents. During one of her frequent follow up visits to the district court, she met a woman who gave her a lucrative job offer. After discussing with her parents, Anita decided to accept the offer. The woman called her for a meeting and tricked her into a train to Mumbai, where her husband and her sister-in-law’s husband were already present. Her husband threatened her to withdraw the case. She agreed to do so after she gets back home. To this her husband promised that as soon as they reached Mumbai, he will ask his brother – who lived in Mumbai – to escort her back home.

After they got down in Mumbai, Anita was taken to a building and kept in a small room where she saw many other girls trafficked from various parts of the country. Her husband told her that she can never go home and this was Anita’s punishment for filing the case against him. She spent her next seven days in that building, before Rescue Foundation – a local NGO – came along with the police and rescued her. After filing a case in the Police Station, Anita, over the next few months, stayed in different shelter homes before reaching home. Anita wanted to drop her case but after being encouraged by a local NGO, she decided to pursue it.

Human trafficking is a serious issue in India

Anita’s story is not a one-off story. Human trafficking is a serious – but seldom acknowledged – issue in India. According to The Global Slavery Index, 45.8 million children, women, and men are engaged in some form of modern slavery. Out of them, almost 18 million live in India. Even by the percentage of population trafficked, India ranks fourth, behind North Korea, Uzbekistan, and Cambodia. Most trafficked individuals are exploited sexually while others are used for bonded labor. According to NCRB data, 5,466 incidents of human trafficking were reported during the year 2014 alone, which is a steep increase of 60 percent over the 2010 data. According to the same report, 46,683 cases of human trafficking were still pending in different courts. According to a social worker of a West Bengal-based NGO GGBK (Goranbose Gram Bikash Kendra),

Currently, there is no community-based rehabilitation service. Victims neither get any protection nor security. There is no scope of vocation training learning for survivors at shelter homes. The legal process is lengthy. Traffickers are rarely arrested as they roam freely within the community, threatening the victims to withdraw the case, spreading rumors. All of this while the survivors continue to live in financially bad conditions, fear, trauma, depression, anxiety. Add to it the social stigma and accusations they face, making them extremely vulnerable of being re-trafficked.

On May 31, Maneka Gandhi, Minister for Women and Child Development, released a draft of the country’s first-ever comprehensive anti-human trafficking law. According to the ministry, this bill aims to unify all existing anti-trafficking laws, treat survivors as victims in need of assistance and protection rather than as criminals, focus on the rehabilitation of survivors, and provide speedy investigations.

The bill’s greatest strength lies in recognising rehabilitation as a right of the victim. It also has provisions for cross-border repatriation of victims in case they come from countries like Nepal and Bangladesh. The bill aims creation of shelter homes in every district, and emphasises on medical checkup and treatment of the survivor after returning home. The bill draft also has a provision for special court and special public prosecutor, which will help the victims in getting quicker justice. According to a survivor,

“Previously, traffickers used to get no or very low punishment. In this bill, the punishments are stricter. Also, earlier, when a victim’s family went to the police to file a complaint, the police wouldn’t accept, claiming the case might be of eloping, or just abduction. But now, we think the new law will be helpful as even someone who was attempted to be trafficked will be considered as a victim of trafficking.”

The bill, however, falls short in more than one ways – the most crucial aspect being the ambiguity surrounding the word ‘rehabilitation’ itself, which is not clearly defined in the bill’s draft. It lacks clarity over the end goal and parameters of rehabilitation. The bill does not define when a person will be considered rehabilitated, and fails to cover all victims. According to Roop Sen, a researcher with a Calcutta-based NGO Sanjog,

“The bill indicates that to receive rehabilitation services, the victim must have been institutionalised and rescued by the police. Given that there are survivors of trafficking who attempt at escaping from trafficked situations, and many succeed – either by themselves or with help of allies including their clients, this provision or restriction will eliminate them from accessing rehabilitation services and opportunities that they may require for their health recovery, fighting poverty, and stigma.”

In 2014, Sanjog had conducted a study with 100 survivors of trafficking who had returned to their families in West Bengal. Eight-seven percent of the survivors were suffering with chronic depression and anxiety disorders. The psychiatrist inferred that lack of identification or treatment of post-traumatic stress disorder (PTSD) in the course of the rehabilitation resulted in their trauma leading to chronic health conditions.

According to the new bill, the survivors will receive healthcare facilities at the shelter homes but not after the victim reaches home. According to Uma Chatterjee, a Psychologist with Sanjog,

“For recovery to be ensured, the law needs to ensure that survivors are tested for psychological and physical trauma and their treatment and assistance is based on a recovery plan. Rescuing survivors, putting them in shelters and sending them back home doesn’t work. Therefore, the Bill must ensure trauma assessment and long term health treatment, even after they return home.”

Raids are not always helpful

In the past, raids and rescue operations have been the center of debate surrounding human trafficking in India. Raids were often means of police conducting mass arrests, thereby abusing its power, threatening sex workers on a regular basis, and claiming bribes. The current bill does not clearly define the process in which these ‘raids’ will be conducted in the future, leaving ample opportunity for witch hunting and moral policing. It merely mentions that the investigation will be conducted by a gazette officer.

“In the past, poor rehabilitation services and forced incarcerations in ‘protection homes’ have been a strong argument against the state conducting rescues of women or children who may not want to live in shelters or even return back to their families in villages for reasons of poverty, fear of stigma, and violence. Consent, argue activists, should be at the heart of rescues, and the police should be authorised to rescue only those persons who wish to be rescued.”

Overall, the bill is certainly a step forward to bring justice to the victims of human trafficking. It acknowledges rehabilitation as their right and paves way for faster justice. However, there are ambiguities and loopholes which need to be addressed. The bill was open for suggestions till June 30, and various social workers and NGOs have shared their concerns. We hope the bill in its final form is more robust and goes a long way in uprooting the inhumane practice of modern-day sex slavery in India.

A revised bill with the required changes as mentioned above would certainly empower trafficking victims such as Anita and help in their successful rehabilitation. However, the utility of a new trafficking law depends not only on the number of victims rescued from trafficking but on their status post an effective rehabilitation process.