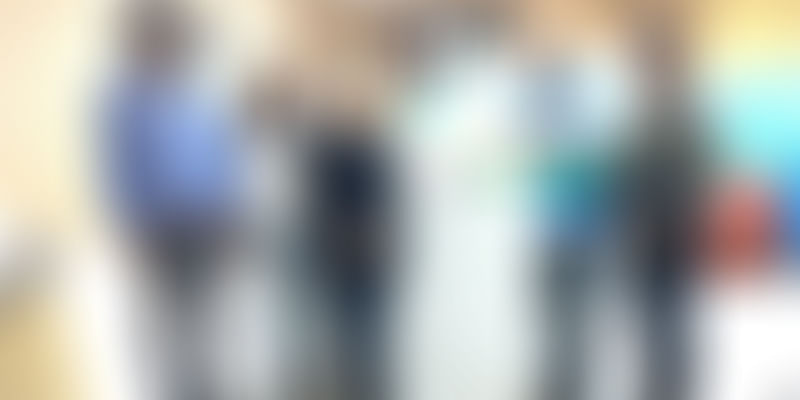 Children as old as one show breakthroughs in growth. They can crawl. They start uttering words like Dada or Mama. During this period, they also learn gestures like waving or shaking the head.

When Poonam Chaudhary’s son turned one, he didn’t show any of these early signs. Some more months passed, and she still waited. Poonam, however, didn’t worry too much as she wasn’t aware of the milestones which come in a kid’s life — and how their absence can be an early symptom of illness.

One day, Poonam’s neighbour, a pediatrician, enquired about her child’s health and noticed that the early signs of growth were missing in the kid.

When diagnosed, it was found that the child had autism. Thanks to the disorder having been caught and treated early, the child, now aged three, has recovered immensely.

Father of two Anurag Sharma read a US-based study on autism which said that most physicians depend on clinical judgments rather than screening tools to diagnose the illness. But research shows that clinical judgments manage to detect fewer than 30 percent of children as having mental disorders, language impairments and other learning and developmental disabilities.

He observed that he himself didn’t have any systematic record of the growth and development of his kids despite having concerns about it.

Despite the fact that pediatrics clearly suggests the need to regularly monitor children’s health and behaviour, he felt it was missing both from the parental and doctors’ side.

He thought of working on it.

Two years ago, Anurag started working on the product. And after a long process of conceptualiing, creating prototypes and running beta versions, he launched KidNurture in December 2015.

KidNurture is a software framework for ensuring timely detection and early intervention in child health issues. In its different versions, it is available for parents, medical professionals/hospitals and agencies involved in child healthcare.

“As child growth and developmental issues (delays, behavioural issues, autism, ADHD, and LD) as well as other health issues require constant monitoring and screening, we felt a strong need for some helping tools which can work towards simplifying the process. At the same time, we believed that this process should be addressed from both sides ‑ doctors as well as parents. Therefore, we at KidNurture aggregated standard and advanced pediatric screening tools/scales and presented them in a software form to both," says Anurag, 38, CEO and Founder of KidNurture.

Anurag is a biotechnology graduate and has a post-graduate degree in IT and is a C-DAC alumnus. He has 14 years of experience in software product development and technology leadership.

This bootstrapped venture, which has so far seen investment of Rs 30 lakh, has been able to convince both parents and doctors about the need for continuous assessment and keeping the health record of children and patients, respectively. It also offers solutions like online appointment with pediatricians and keeping record of immunisations.

The platform is free for parents and so far claims to have touched a user base of 5,000. Besides, it adopts a SaaS-based model for doctors and has been able to draw doctors from different cities on its platform. It claims it also has leading hospitals such as KEM Pune’s child development centre using the product.

The platform managed to get Akanksha Foundation as its client, through which it aims to help 5,000-10,000 children yearly for assessment.

“Medical professionals, institutes and agencies are paying us for annual subscription of the software. In this area, we will be expanding and we believe this sort of product could be of help in other geographies as well in different forms,” says Anurag.

He adds that he is planning to monetise the parental community through other means such as online consultation and targeted content.

All eyes on child care market

Over the past few years, startups and mature companies have zeroed in on the healthcare segment. Practo ray and Lybrate, among others, are targeted towards online appointments. In the child healthcare segment, BabyBerry offers a constant monitoring and screening solution, besides other offers.

In February this year, BabyBerry secured angel funding of $1 million from a group of investors, led by Nitin Bagamane, Chairman, Tanglin.

Anurag says adoption of technology in day-to-day practice of doctors is a challenge.

“We are aiming to overcome that by trying to make this product in a way that not only gives them benefits in terms of better standards adherence and excellence, but also in better management of patient engagement and interaction,” he adds.

The parental side requires better and standard content, more clear and precise way of tracking children’s health. One problem he notices is lack of awareness about the importance of regular monitoring; and he wants to overcome that by implementing better growth hacks in his marketing strategies.

“On the doctors’ side, we are making the product more robust and appealing to normal pediatricians; technology adoption in practice by doctors is very difficult unless the product doesn’t put extra burden on them and on their time. We are working on that aspect of the product along with having a strong sales team in place for that,” says Anurag.

On the parental side, their first version of an android app is ready. He plans to beef it up with many features based on feedback, and strong content for their needs will be provided.