What we should learn from the 'pink autos' of Ranchi 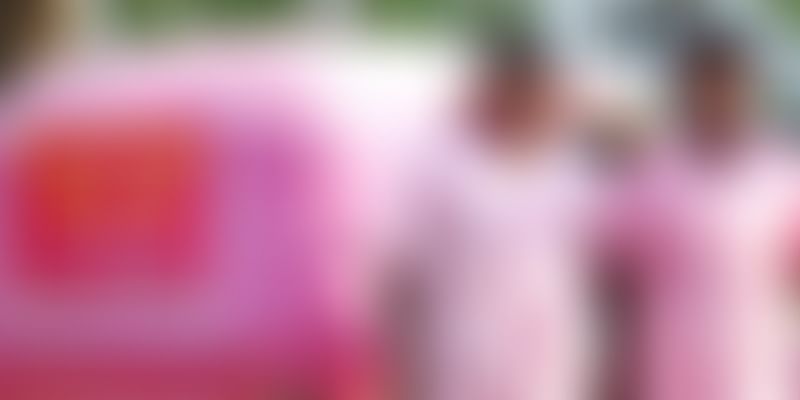 After Ranchi, Gurgaon, Bhubaneshwar, Ghaziabad and Rhotak introduced “pink autos” driven by women, Mumbai and neighbouring cities will soon join the elite club, only if auto unions resolve their curious opposition to the “salmon orange” colour that the state wants to introduce for women’s special autos.

A report in Scroll states that, in January, Maharashtra’s transport department issued auto driving permits to 548 women across the state, of whom 465 were from the Mumbai Metropolitan Region. The women drivers are to predominantly serve women commuters, although there is no bar on male passengers using these autos.

The state hoped to launch the coloured auto services in February, and expected to get many more women drivers applying for permits. But nearly six months later, women-only autos are nowhere to be found on the streets of Mumbai, Thane or Navi Mumbai, because unions and drivers are uncomfortable with the vehicles being painted salmon orange.

“Unions say that women drivers would be unsafe if their autos are painted a separate colour, because then they will stand out,” said Hemangini Patil, the Deputy Road Transport Officer of Thane. In Thane district, 156 auto driving permits have been on offer to women for the past few months, and so far, 76 women have applied for and received permits.

“According to the rule, if a woman is given a permit for driving an auto, then that vehicle can only be driven by her or another licensed woman – never a man,” said Prakash Penkar, the Konkan region president of the Thani Zilla Rikshaw-Taxi Mahasangh. “But lady drivers are not easy to find, so if women drivers fall sick or take maternity leave, the coloured autos will just be lying idle.”

In Ranchi, where pink autos by women drivers have been plying for three years, the issues raised by Mumbai unions have never been a matter of concern. “We love the fact that our autos are pink,” said Shanti Lakra, a driver in Ranchi who has been ferrying women and “families” in her pink auto for nearly two years. “The distinct colour helps us build our identity – passengers know from a distance that these are autos run by women, so they feel safer riding with us.”

Drivers like Lakra have faced little harassment as female drivers themselves, and have never given a second thought to the fact that men are not allowed to drive pink autos under any circumstances.

“If any of us is on leave for a while or can’t drive because of pregnancy, we simply find another woman to drive our autos for a while,” said Devi Diras, 32, one of the first women to sign up as a pink auto driver in Ranchi. “Women drivers are few in number, but why should that be a problem?”