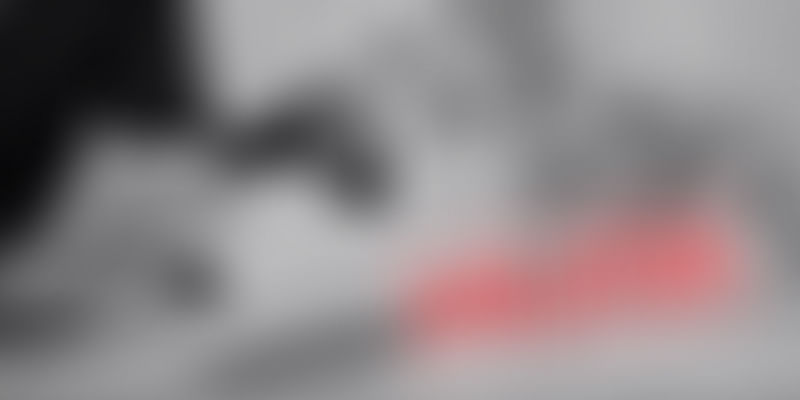 Praveen Sinha, Co-founder and former Managing Director of fashion e-commerce portal Jabong, who has been accused of violation of corporate governance at Jabong, has said that whatever has been reported in the media has been a misrepresentation of facts. “I have done nothing wrong,” he said.

Rocket Internet, the parent investor in Jabong, is said to have done a forensic audit on the transfer of Jabong’s captive logistics arm GoJavas to an outside entity Quickdel Logistics. Quickdel Logistics is now run by Praveen and a board of directors including Abhijeet Singh, Ritu Madan, Hardeep Mohinder Singh, and Jayant Sood.

In an email, Praveen, who was Managing Director of Jabong from its inception in October 2011 to September 2015, told YourStory:

I have never been informed by Jabong’s investors of any PWC report that you’ve referred. I came to know of it recently through a media query, to which I was not even given a day to respond.

While it is very easy for any person/media to speculate and make false allegations, it is equally difficult for the subject of such allegations to prevent the damage and reputational loss he/she suffers on account of the same. Post the report, I have called many people to get more information, and I have come to understand that though there was indeed an investigation, however, nothing had come out of it to conclude any personal gains, etc., as is being alleged by certain quarters.

As regards the timing of the release, it is indeed extremely unfortunate that this issue is being sensationalised at a time when multiple positive developments were shaping up for the companies in question. I hope these developments will not be adversely impacted by the false and baseless news reports.

The timing could not be more wrong for Jabong or GoJavas. Right when they are in talks for acquisition by Snapdeal, the new controversy surfaced following a PwC report. The Economic Times has reported that Jabong’s main investor Rocket Internet had commissioned this forensic audit – whereby the external auditor examined the firm’s financial data to find out frauds if any.

According to the report, Rocket Internet is investigating Jabong’s Praveen, Jabong Co-founder and former CTO Arun Chandra Mohan, and former Managing Director of Rocket Internet India Heavent Malhotra “after allegations of financial impropriety were made by a whistleblower in August 2015.” Praveen left Jabong in September 2015, soon after Arun’s exit.

The report accused Praveen of "conflict of interest" – saying that Jabong's logistics unit [then called JaVAS] was transferred for no value to an entity which he controlled – Quickdel Logistics, which now runs it as GoJavas. Reports suggest that after Praveen became a 50 percent shareholder in Quickdel logistics, the company also started picking up business from other e-commerce players. The company grew rapidly. Jasper Infotech, which owns Snapdeal, invested and now has a majority stake in GoJavas.

After resigning from Jabong, Praveen took full-time charge at GoJavas. Vijay Ghadge, who was COO, left GoJavas earlier this year. Vijay was head of GoJavas’ operation from the start. According to a source, “Vijay was driving GoJavas, but direct interference by Praveen and Ashish in day-to-day operations made the former to hang his boot at the logistics company.”

Citing reasons of Vijay ouster, sources say, “Both founders had divested some equity through secondary sale, however, Vijay wasn’t allowed to divest. Vijay holds little over two percent via ESOP pool. This was the basic premise of differences between Vijay and the duo.” YourStory was not able to identify independently how much equity Vijay owns through ESOPs.

Interestingly, the sources claim, “Snapdeal (an investor in GoJavas) didn’t want Vijay to leave Quickdel Logistics, but the founders made him to leave.” Praveen has denied these allegations.

Snapdeal invested over Rs 240 crore across two rounds in Quickdel Logistics last year. Snapdeal was apparently impressed by Vijay’s style of working and recently hired him to be the COO of the company’s in-house logistics division, Vulcan Express.

The recent reports of Snapdeal-GoJavas deal failing is said to be a direct consequence of these investigations and allegations. “Based on PwC internal audit report, Quickdel Logistics is likely to face legal action from Rocket Internet. Consequently, Snapdeal will stay away from acquiring it,” says a source.

“The truth will come out only if the details are examined by the Board of Directors who are responsible for running the company,” said a financial advisor who did not want to be named. If any of these individuals are found guilty, he said, corporate laws will determine the course of action.

Due to the sensitivity of the matter, two industry experts YourStory spoke to did so on condition of anonymity. They said that most companies just maintain silence about corruption, because otherwise a lot of information will become available on the public domain, and it is bad publicity for the person or the company. One of them said: “This [corruption] is increasing, with so much money coming into these companies and practically no audits. There must be internal audits. There is no public scrutiny of their financials.” Whether or not this case is proven, the GoJavas instance highlights the issue of financial impropriety that sources say is rampant at privately held companies but is rarely spoken about.

YourStory has independently not verified the veracity of the report. Rocket Internet has not replied to YourStory's queries till the time of publishing this article.