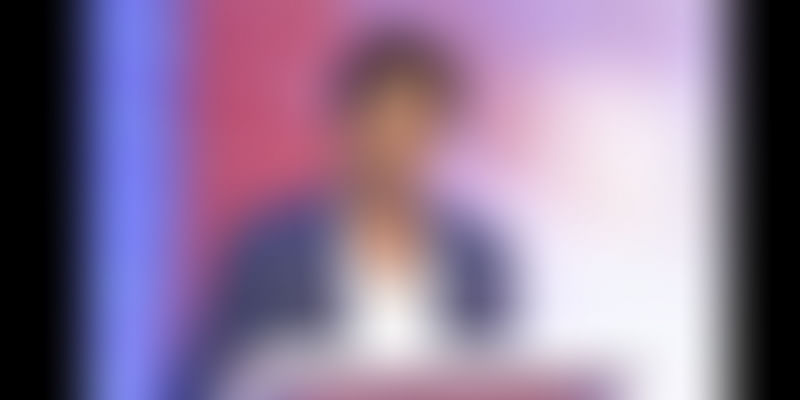 With our favourite actors letting us down by deriding feminism with their thoughts, words, and actions, the past few months have been bleak. When Lisa Haydon denied she was a feminist, and Salman Khan downright denied rape victims the degree of their suffering, Bollywood’s social and humanitarian ratings took a beating. But then, at the book launch of Gunjan Jain’s She Walks, She Leads, there emerged a ray of hope from an unlikely quarter. At the gala celebrating the 24 women chronicled in the book, Shah Rukh Khan also took the stage, and, candidly speaking on the night’s theme, confessed that he would not have been half the man he is today had it not been for the women in his life.

“My life has been shaped by women — my grandmother, mother, and now my daughter…I would not be even half a man without them,” he said, to thunderous applause.

“In a world where women are given a tough deal, the book is a testimony of their fight for their life,” Shah Rukh said.

He said that a recent encounter with British pop sensation Zayn Malik in London, when the singer said something amazing about girls, inspired him to pay an ode to the women of the world, too, and read the following poem he had penned down.

This is for girls who stay up all night,

This is for you who are willing to fight,

Under the smiles, laughs, and giggles we hear.

Let your hair down, straight or curls,

For girls who wear short skirts,

And their heart on their sleeve,

For girls who know how difficult,

It is to believe,

The girls who scream and cry,

Into their pillows and tell them their goals,

For girls who have a secret,

But can’t tell a soul.

Let your eyes be your diamond,

Make them your pearls,

For girls who have made mistakes,

And have regrets galore,

For the girls who love with all their heart,

Although it sometimes gets broke,

To who think it’s over,

To real girls, to all girls,

Who have tears to soak.

You throw, you pick up, and fall,

But just tell the world,

In an age where doing anything ‘like a girl’ is a mark of inferiority, Shah Rukh attempted to highlight how it is, in fact, the opposite, for girls undergo layers and layer of struggle. Just the fact that they put on a brave face, manage to wear a smile and do it all again, over and over, is a valourous feat.

Shah Rukh speaks of those girls who bottle up that ‘secret’ for decades until it destroys them on the inside; he salutes those girls who are compelled to smother their ambition, and let it out into a pillow in the form of uncontrollable tears. He applauds girls who have the courage to be ‘real’, and to the others he wishes luck, to find it in them to soak up the tears and embrace their real sides.

The evening also saw the who’s who of India share their thoughts on womanhood. While Nita Ambani pointed out the dilemma between motherhood and career, and noted that “motherhood is just a comma and not a full stop,” Adi Godrej, Chairman of the Godrej Group, presented the hard facts, and shared how having a gender balance in their workforce has immensely benefited their success rate. Author and consultant Suhel Seth also opined that women “have no ego at play,” “are considerate and compassionate,” and “provide greater attention to detail,” often making them better managers. Shah Rukh’s poem however, had a lucid kind of candour that seemed absolutely heartfelt and real, and struck a chord.

Thank you, Shah Rukh, for turning another mindless stereotype on its head. He makes it a matter of pride to be a warrior like a girl; and a mark of excellence and true beauty to fight like a girl.