Influenced by critics? This platform claims to give the most unbiased movie reviews and recommendations 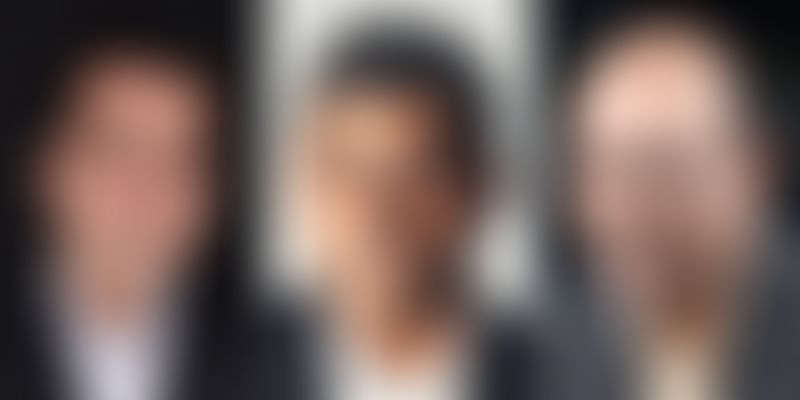 With the advent of multiplexes, watching a movie in India is no longer a cheap outing. People are looking out for that right movie recommendations which suit their tastes. Two friends Ajay Reddy and Kumar Ramachandran observed that a movie critic’s opinion is just one opinion and is not necessary to be matched with the viewer’s opinion. Unless a viewer and a critic have the same taste, the latter’s recommendation is unlikely to be trusted. Based on an idea to offer a crowdsourced movie reviews, the duo decided to launch CineBee.

Before moving to the US to pursue their masters, Ajay and Kumar completed their engineering at SJCE in Mysore. Ajay returned to India to pursue his business interest in construction, while Kumar pursued entrepreneurial career in the US and helped start up four companies.

After many years, the two friends met over dinner in Bengaluru. They discussed that except Netflix there is no product that tries to understand user’s movie taste. Amidst the rumination, discussion and recounting of old movie days during the college years, they decided to start a movie recommendation platform ‑ CineBee.

from friends and strangers with similar tastes in movies and gives them recommendations.

The app was first launched as a beta version in December 2015 and the final version was introduced in April 2016.

“Our core is how we connect users with similar movie taste using reviews as the scale. Unlike traditional review system, ours is a multidimensional review framework including categories such as star performances and crew performances,” says Kumar, 48, CEO and Co-founder of CineBee.

CineBee is Kumar’s fifth company and the first in India.

He adds that using machine learning, the platform understands the users’ tastes and star affinity and compares the tastes with their friends to unearth movie friends (tribe) who happen to have similar taste. Your tribesmen are your true movie soulmates ‑ what they like you will like and what you like your tribe will like.

Picking up the pace

The co-founders had initially invested a few hundred thousand dollars of their own money. The investment went into product design, technology infrastructure and machine learning algorithms to better understand and help the movie buff.

The platform claims to have 35,000 app downloads, with 20,000 monthly unique visitors. It has partnered with INOX and sells INOX movie and food vouchers at a discount of 10 to 20 percent.

“In spite of being a B2C company, we spent very little on conventional marketing. The traction we have gotten so far is due to the product focus and organic word of mouth marketing from our strong customer base,” says Kumar.

An idea backed by biz model

CineBee is in its early stage and devising various revenue models.

According to Kumar, as a B2C player, there are some tested revenue models including analytics and movie advertisement platforms. “But at this moment, we are mainly focussed on offering solutions to movie buff.”

CineBee’s potential market is the entire movie watching population in the world, with emphasis on the Indian movie going diaspora.

The market is not restricted to just the theatregoers, but also people who movies on TV and online.

“We are focussed only on movies and are generating interesting movie interest data that has never been captured at this scale and in such a refined manner. We see tremendous growth opportunities in movie analytics, movie advertising, movie merchandising and other interesting movie watching experiences,” says Kumar.

What’s happening in this category?

According to the DI International Business Development (DIBD), a consulting unit of the Confederation of Danish Industry, Bollywood generated revenues of $3 billion in 2011, which has been growing by 10 percent a year. By 2016, the revenue is expected to reach $4.5 billion.

However, experts believe the revenue number is undermined and has much more potential. A recent article published in Forbes stated that the industry has a potential to clock revenue at $10 billion — more than thrice the current size.

However, CinBee’s focus on Indian language movies does give it an edge over others.