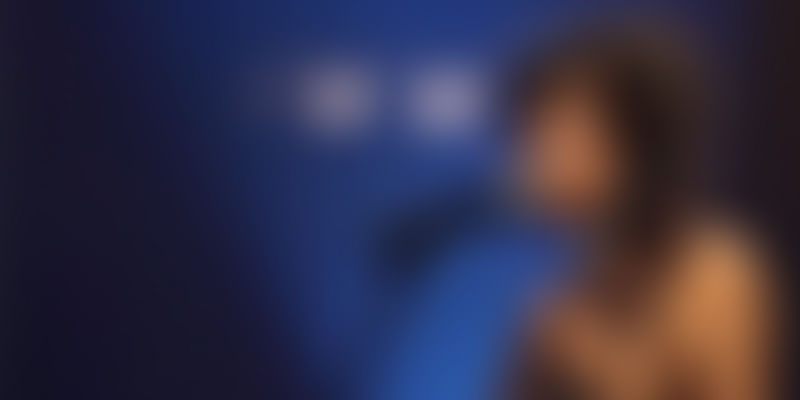 How often do you aimlessly stare out of your office window and think about all the other things you could have done with your life? The enticing urge to follow one’s passion despite all the insecurities that come with it is something we all experience at some point in our lives, but only a few manage to break away from the shackles of a secure, well-paying job. And the ones who do will tell you why it is worth every sacrifice. Independent singer-songwriter Gowri Jayakumar, 30, is one of them.

After being a journalist for seven years, she set out to become what she really dreamed of — a musician. After months of hard work and training, today she is one of the most exciting artists on the Indie scene with a major contest win and advertisements, movie music projects, and international gigs in her kitty.

Growing up with music

I was promised an electric guitar if I did well in my boards,

Born in Trivandrum and brought up in Delhi, Gowri was born in a family that let her do what she wanted provided she did well in her studies. She did manage to do well in her boards and get the guitar she always wanted, and that marked the beginning of her musical journey. After finishing her schooling in Delhi, Gowri moved to Pune for further studies and went on to become a journalist.

No matter what I was doing, I always tried to make time for music by playing gigs over the weekends and collaborating with other musicians.

But juggling a demanding job with music was getting increasingly difficult, and Gowri had to make a choice.

I was in between jobs and there came a point where I had to make a choice. It could either be a high-paying job or a career in music. I chose the latter.

She went on to study bass and guitar performance at Swarnabhoomi Academy of Music. This opened doors for a life immersed in travel, music, and adventure.

But the first few months were anything but easy.

It was difficult getting accustomed to a life where I had no fat pay check to look forward to at the end of every month. Those months taught me an extremely important life skill — to live with very little — and since I was doing what I truly loved, I was happy.

She then worked at a music studio in Mumbai for a year, to get hands-on training in production.

Gowri's music is largely a culmination of a need to express life, sonic, and visual experiences, a subconscious vent for conditioning and influences.

Call me an acoustic singer-songwriter, folk, country, acoustic rock — I don’t really limit my genre to anything exclusive. I sing and write mostly in English; that's pretty much where genres or distinctions can be made.

Although Gowri is predominantly an independent singer-songwriter, she loves doing commercial work.

It is the only time I am not left to my whims, and it pays!

She has sung for music director Sneha Khanwalkar of Gangs of Wasseypur fame on the theme track for Bach Ke Bakshy, and also for a few television commercials. As much as she loves conceptualising her own acts, Gowri also loves composing for her clients as she feels there is a certain freedom in working for others.

The pressures I put myself under while I write my music do not apply in a commercial space. There are other kinds of pressures, though.

While the indie scene is becoming quite a force to reckon with, is it suffering due to the blurring lines with commercial music?

A lot of people use indie as a method of moving into the mainstream, and a lot of mainstream artists who were erstwhile indie fellas try to get back on the indie scene. In my honest opinion, a lot of artists take the risk of spreading themselves super thin sometimes, but as long as it works in their favour in the long run, it's all good.

One of the highlights of Gowri’s musical career has been winning Project Aloft Star 2015, a competition for independent artists by Aloft Hotels and MTV with her band Run Pussy Run, and taking home $10,000.  Such competitions are a boon for indie artists, who otherwise have a tough time financing their projects.

It was the first time we ever participated in a competition, and winning was the most encouraging and rewarding experience so far. It equipped us to release our debut album and perhaps a video too! Kudos to Aloft and MTV for supporting and paving pathways for independent artists!

When she is not in the studio, Gowri is on the road collaborating with musicians from all over the world, playing gigs and collecting memories and experiences.

“When I travel I have to survive, which is why I look for more gigs.”

But does she face specific challenges as a woman travelling to new cities every year?

All the challenges and advantages I have ever faced have always been as a female, since I have not known any other way of being. So I can't specifically say my experiences had anything to do with just my gender.

Gowri is working on three acts at present and with each of these acts she intends to explore different aspects of her personality. ‘Kozmi Cow’ is her acoustic songwriter avatar while ‘Pulpy Shilpy’ is her work-in-progress electronic avatar, or just a well-rounded musical entity that isn't afraid of most things. She doesn't shy away from decisions concerning production, arrangement, marketing etc. Her third project was Run Pussy Run, her "freak-funk" band which she formed in 2014 with a bunch of close buddies.  While she does regularly collaborate with musical folks, her projects are mostly solo and this is something she is looking to change.

“Although it gets logistically difficult, I look forward to performing more with Run Pussy Run, especially after winning the Aloft contest.”

And as she goes about making more people fall in love with her music, she has something to say about the decision that changed her life.

I don't work well under authority. Sometimes I feel that I simply told myself this is my passion, because I needed one. I could have been many other things other than a musician. But then I realise how sweet the taste of freedom is and how much of a better way music is to employ my time and space, and I love it!