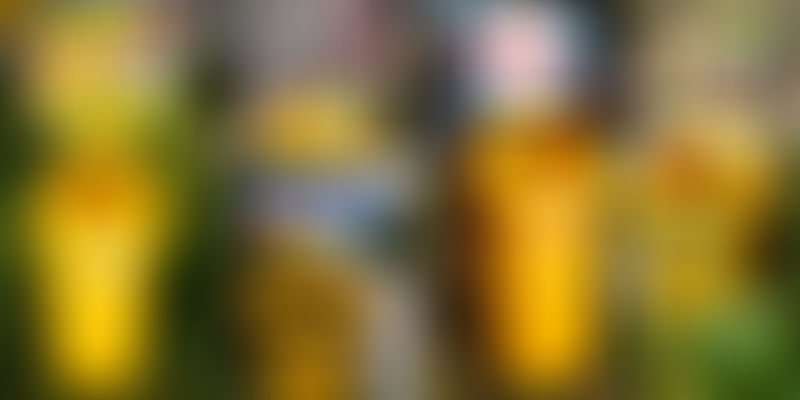 Since the official launch of Swachh Bharat Abhiyan on October 2, 2014, by PM Narendra Modi, a new wave of social entrepreneurship has been unfolded. Innovative technologies and new age solutions have further strengthened the mission to make India a cleaner and greener place.

Based out of Kolkata, Joy Pansari and Ankit Agarwal observed that the major problem that the society faces is lack of adequate dustbins. Influenced by the startup success in the country, the duo stumbled upon the idea of solving this problem by creating a scalable revenue model with dustbins.

Thus, the duo launched Green Clean Media Works (GCMW) in November 2014 with the idea of installing free Adbins with advertisement hoardings in apartment complexes across Kolkata.

With this initiative we have succeeded in creating an innovative revenue generating business model and brand – ‘AD MY BIN’, which provides an eco-friendly and economical advertising proposition for our clients. Through this initiative, we have come forward with a drive to install Adbins in every corner of the city. Adbins can be used not only just to throw garbage but also to advertise,” says Ankit, 26, a CA and a graduate from St. Xavier’s college, Kolkata. Prior to staring up, he worked at Ernst and Young for three years.

Combination of social and economic activities

Kolkata-based GCMW claims to provide an innovative advertisement solution, wherein the ads are placed directly into the residential complexes by putting up dustbins at a strategic location.

GCMW has installed 80 Adbins in 15 residential complexes catering to more than 2,500 flats across Kolkata. It operates with two advertising products ‑ a traditional vinyl print and a backlit advertising.

The simple vinyl sticker model is used to advertise for clients on the advertisement board. There are three kinds of boards ‑ 18*12 inch, 24*18 inch, and a flipper that has both side advertisements. The backlit Adbins comes with an in-built LED lights and are mostly placed during events.

Ankit says that since it’s a new form of advertisement, unlike in the US or UK where Adbins adverting is very much prevalent, they faced challenges in terms of convincing the clients to get advertisements. He further recalls that many brands would hesitate or expressed unwillingness to get associated with trash Adbins because of its stinky affair.

Adbins that comes with a stand and free maintenance for life. The team maintains the dustbins by washing them every week, and this is how the startup managed to onboard clients like United Bank of India, Gupta Brothers and Phantom Productions. GCMW put up these dustbins for free in the society.

The company is currently bootstrapped with an initial capital of Rs 2 lakh invested by the co-founders. They are currently growing by 60-70 percent and generates revenue of around Rs 80,000-1,00,000 a month.

GCMW aims to install Adbins in colleges, schools (already in talks), railways, metros, roads and expand to other cities like Hyderabad, Pune, Bengaluru and Mumbai. They will soon be launching WiFi Adbins, which will have hash tag of #throwfi. The concept of WiFi Adbins will be to reward the person throwing trash with free internet service along with free discount coupons.

They are also developing a product for waste segregation at source, which can solve the problem of landfill and recycling and upcycling of garbage. This is a highly scalable model and they are looking forward for potential investors for the project.