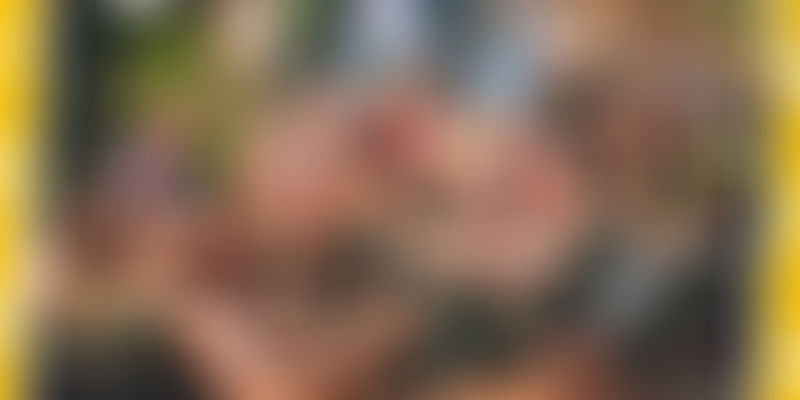 The aim of a backpacker is to experience the unknown, learn about new cultures, meet new people and gain a better understanding of the world. But, the journey of backpackers is not that easy and there are various challenges they face. Living on a strict budget and at the same time finding the right place to stay are the main problems they encounter.

Uday Jhamb quit his job and took the plunge into the travel sector to provide solutions to backpackers. A traveler himself, Uday always wanted to work with the travel industry. However, he started his career in the IT sector and worked there for a few years till he finally decided do something that he really wanted. After quitting the IT industry, he moved to Dubai and worked in a hospitality company for a few months and came back to India.

After returning from Dubai, Uday was sure that he wouldn’t work anywhere. He wanted to see India. He packed his bags and travelled the length and breadth of the country. During this time, he realised the problems faced by backpackers. He wanted to follow his heart and thus decided to launch hostels for backpackers.

Since he didn’t have much money to launch a travel startup, he contacted some of his schoolmates and asked them to help him launch a travel-centric startup and join him as co-founders.

In November 2014, Uday, with Rajesh Borah and Shubham Garg, kicked off Roadhouse Hostels in Goa, their first property. The trio started the platform with an initial investment of Rs 20 lakh, which was spent on setting up the first hostel, launching the product and building the brand through social media and marketing.

“We provide a mix of shared and private accommodation to majorly solo travellers and offer an experience different from all presently available accommodations,” says Uday Jhamb, 29, Co-founder of Roadhouse Hostels.

A different kind of experience

He emphasises that Roadhouse Hostels provides an entire experience to solo travellers and helps them smoothen all aspects of travel across India. It takes care of safety and comfort and also focuses on keeping the property social to enable people to interact and bond.

We provide an environment which encourages equality and respect and also introduces travellers to local cultures and practices to raise awareness.

Currently, Roadhouse Hostels is a chain of backpacker hostels with properties in Goa, Jaipur, and Varanasi.

It claims to have served 14,000 travellers from more than 45 countries. By the end of this year, it says it will serve over 20,000 travellers through five properties. It plans to launch two more properties in Goa by next month.

Early this year, the company had raised seed funding from Indian Angel Network. The funds are being used to set up properties in different places across India, enhancing technology and expanding the team and brand.

“Indian Angel Network with its mentorship has helped us improve our execution style, clarity on business plans as well as transform our working styles and growth aspirations,” says Uday.

“We are different in a way that we emphasise on providing the most authentic yet budget experiences in a city. We have tie-ups with the best places, be it restaurants or massage parlors, where our guests get a certain percentage of ‘Roadhouse Hostels discounts’. This helps in making the overall experience affordable, enabling them to save money and giving them that extra room to experience the city a little more than what they had planned in their budget,” says Uday.

According to United Nations World Tourism Organisation (UNWTO), the value of Youth Travel in 2007 was estimated as $143 billion. At the end of 2012, this had risen by 28 percent to $183 billion, with young people accounting for nearly 20 percent of all international arrivals.

“We are looking to tap into the hostel and accommodation space, which is roughly 30 percent of the travel market in India. We generated approximately Rs 40 lakh in the last financial year, and are looking to increase the turnover to Rs 1.50 crore this financial year by adding more properties,” says Uday.

Besides, he is also trying to create a community of travellers who are positive about exploring new places and adventures. Strategically, he is also tapping into the most visited route/destinations of backpackers by expanding into those markets.

“We want to open 20-25 hostels and enhance our presence and sale through technology. We are presently coming in places which are already on travellers’ routes. After this phase and after gaining a larger market share, we will get into offbeat locations and thus provide a medium for travellers to explore more places and cultures,” he adds.

A look at the sector

Zostel is the known name in the space, which provides hostel facilities for backpackers. There are other smaller players such as Moustache Hostel, Stops Hostel and Le Pension that offer similar hostel services.

With young travellers making up one in five international arrivals, there is clearly a significant market share already existing – allowing design-and-value focussed hospitality brands to use this new math to thrive with updated, modern products.

If your one such backpacker planning to embark on a trip, find your way to Raodhouse for an entire experience.