SportsKPI to find the next future sporting great from your street 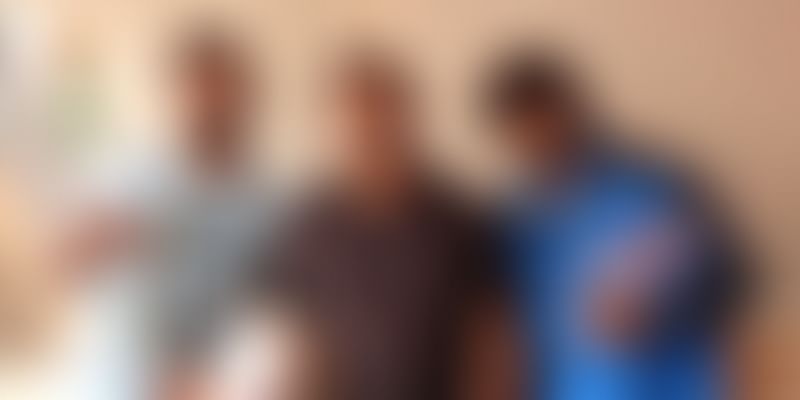 In an era when every major global sports team is investing millions of dollars in data analytics, there is a tendency to go easy on local-level competitions. Very often, local competitions are fiercely fought and players are only as good as a club. And statistics help a club in understanding the strengths and weaknesses of a sportsman. Since many sports are managed as businesses that are sponsored by corporates the accountatbility of a team is only measured by the number of fans the teams players can draw to the stadiums. The team managers need the best team to take the field. With this as the narrative Naveen Ningaiah, a 32-year-old IT engineer, plunged deep into using technology to provide insight on sportsmen and women.

Naveen was not a sports enthusiast by any means. Like a typical South Indian, he went on to finish his engineering degree and found a job in the corporate world. But he harboured a desire to move in sports circles. The Indian Premier League had plunged the nation in a sever bout of cricket fever then and Naveen realised that there was potential in using the same formula for local leagues and competitions.

"Every State-level sports team invests in data tools. But interpreting data is a problem," says Naveen, adding that his company, Sports KPI, was born in the strangest of ways.

In 2013, Naveen was in Amsterdam on deputation for a project when he decided to take a look at the hockey talent in the area. He walked into a club and introduced himself as a sports scout wanting to take young players to play in India. He was having a bit of fun and just wanted to know what the management of the club thought about coming to India. The coach of the hockey club invited Naveen for dinner and wanted to discuss the terms of sending professional youngsters to represent clubs in India. "I was shocked that they really wanted to take it forward. They told me their requirements and I realised that there was a business here," says Naveen.

He returned to India and began to chalk out all his ideas. But he was still not sure how tech can play a major role in bringing players to India. However, things took a different turn in India when he asked the coach of the Bangalore Football Club if there was a data analyst for the team. The word "data" caught the attention of the coach and Naveen quickly began to draw out numbers on the plays of the game. He showed him numbers on how many tackles, passes and assists were delivered by his players. Luckily for Naveen the Bangalore Football Club was buying an international analytics tool and Naveen was called in as an expert. This set the ball rolling.

He became a part-time data analyst for the club and that year the club won the national championship. Naveen soon became popular among clubs, and it started him out on a path to building a platform for many local Indian clubs to use data efficiently. In April 2015 Naveen set up SportsKPI and the company has already signed up four football clubs and a couple of kabbadi clubs. The revenue of the company is around Rs 30 lakh over the last six months. The company has invested Rs 5 lakhs and is a four member team.

Naveen works on any third-party sports data analytics platform. A typical club would ask for a service for six months. Naveen would buy an analytics tool, take all the raw data from the club and churn it on the data platform. Most clubs would want to know if the price paid for a player would be effective based on the available budget. They would like to know cheaper alternatives of players who can perform the same tasks more effectively. Naveen and his team would also provide cameras for a game to assess player moves and finishes. Then they would combine all this data and analyse the entire team's strengths with individual merits. They would also compare data with players from the competition. For this, the company charges a fixed sum per season.

Experts opine that such platforms as Naveen's are just figuring out their way. "These sports analytics platforms are still in their infancy and need to flesh out a business model based on long-term contracts," says R Natarajan, CFO of Helion Ventures.

"Sports is a great business and technology is yet to play a major role in making it meaningful for clubs and players," says Mohandas Pai, MD of Aarin Capital.

SportsKPI is now focussed on building a complete data platform. It hopes to eventually compete with users of platforms like SAP and Oracle's Ruckus. The company believes that there are enough clubs in the world that cannot afford analytics and technology, but have some of the best talent to offer. SportsKPI wants to become the bridge between the local, state and national leagues. According to PricewaterhouseCoopers, the sponsorship spend on sports globally is worth $145 billion and even a five percent spend on analytics and technology makes this a $5-billion business globally. Naveen seems to have hit the ball in the right trajectory. He only has to reach his goal to become a valuable startup.