Can technology intervention quench the thirst of India's drought-hit areas? 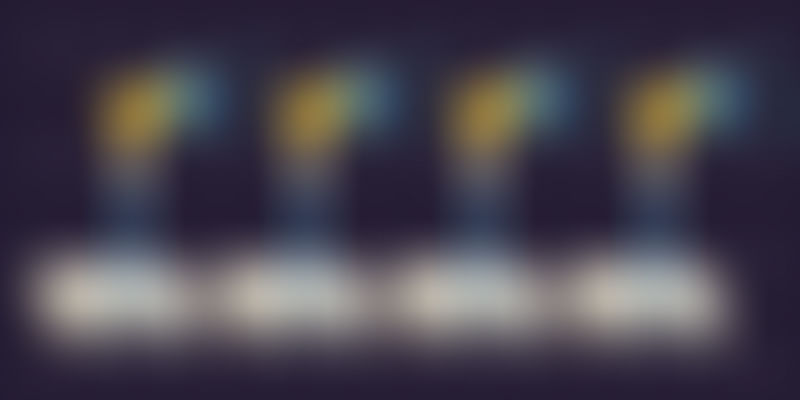 Before the invention of micro-irrigation techniques like drip irrigation and the sprinkler, full flooding and furrow flooding of the field were the primary methods of irrigation. Water (for flooding) is primarily sourced from canals, ponds, bore wells and deep wells.

Experts are of the view that traditional methods of irrigation not only waste water, but result in the loss of top soil by way of erosion, significant increases in energy use, weed problems, and increasing salinity levels of the soil.

Water use efficiency in the flooding method is 40 percent, which means that 60 percent of the water is wasted in distribution or evaporation. On the other hand, the drip and sprinkler methods can increase the water use efficiency to 60-70 percent, and when it is controlled electronically to regulate timing and quantity, water efficiency goes up to 80 percent.

The prevailing issue of unirrigated land

By leveraging innovative methods of irrigation, water consumption has reduced by 35-45 percent, productivity increased by 20-25 percent, energy consumption came down by 45 percent, the cost of cultivation reduced by 10 percent and overall income increased by about 30 percent. Capital expenditure in micro-irrigation is to the tune of Rs 30,000-75,000 per acre, and with government subsidies and extra income, pay back periods have reduced to one to two years,” says Ashutosh Sinha.

A Masters in Agriculture sciences and business management from MANAGE, Hyderabad, Ashutosh brings with him 18 years of experience in agribusiness, energy and retail industries. He is also the former CEO of Villgro Marketing.

He added that in places like the Vidharbha region of Maharashtra, North Karnataka and parts of Telangana, where ground water is not available, technology adoption will have to depend on water conservation methods and ground water recharge methods like check dams and field ponds.

Across the country, several ventures have come up, all with the aim of introducing technology into the irrigation process. Bengaluru-based FlyBird Innovation has developed affordable irrigation controllers for farmers to irrigate water as per crop needs, and improve crop yields.

FlyBird Agri Innovation’s technology helped farmers save 25-30 percent of water and improve crop yield or productivity by 10-15 percent. So far, we have installed 65-70 controllers in 60 villages in Karnataka and Tamil Nadu. The price of our irrigation controllers starts from Rs 12,000,” says Satish KS, Co-Founder of FlyBird.

Ossian CEO Santosh Ostwal stated that after Nano Ganesh C, which costs Rs 2,800, gained significant traction during the period from 2009 to 2013, the mobile phone was then replaced by a GSM module, which is tailored for any type of irrigation and various industrial applications. Priced at Rs 7,500, Nano Ganesh M2M is an improved version of Nano Ganesh GSM, specially built for controlling and monitoring the drinking water supply systems in rural and urban area.

RobotiX can also be used to automate irrigation, fertigation, fumigation, sprinklers or any other electronic equipment at a remote field,

Started in 2007, Bengaluru-based Vinfinet Technologies delivers Mobile Irrigation Pump Controller solutions through its flagship brand, KisanRaja. A farmer needs to call KishanRaja, selects the options provided by interactive voice response (IVRS) in the local language and chooses a command. Then, a confirmation message is sent with a status of whether the water is being pumped or not, and alerts are also generated for faulty power supply, lack of water in the well and device theft.

Before the implementation of eXabit solutions, farmers were solely dependent on the weather forecasts of the India Meteorological Department (IMD). Moreover, reaching out to crop experts for procuring data sometimes becomes a difficult task for farmers, leading to an asymmetry of information about different crop cycles and weather conditions,” says Satyajeet.

eXabit has so far has served farmers in Bhopal, Hassan (Karnataka), and Kuppam (Andhra Pradesh), and is claimed to have digitised the data of hundreds of farmers. eXabit solutions enabled farmers with updated information on local weather forecasts, hyper-local or farm micro-weather details, along with crop advisory three times a day. It claims that their technology helped farmers increase their overall gross margin by 25 percent.

Fluctuations in the power supply, difficult terrain, fear of animals on the way to pumps, hazardous locations of the pumps along the river or water storage beds, shock hazards and rains are some of the problems farmers face while operating water pumps. Ossian has reached almost every state across India, with more than 50,000 installations of different types of Nano Ganesh models. The Karnataka government has signed an MOU with Ossian under the m-Governance programme and the Maharashtra government has advanced in digitalising their drinking water supply systems with Nano Ganesh devices. Santosh says,

He further added that optimum use of water by monitoring the levels of the water tanks helped villages save water to the tune of one to two tankers per day, which cost between Rs 500 to 1,000.

The pain points addressed by KisanRaja are- erratic power supply, wastage of resources, high maintenance and overheads costs to farmer, poor yield of crops and the unpredictable failure of pumps.

We have installed more than 20,000 pump controllers in more than 1,000 villages, increased farm productivity through water monitoring by 12-15 percent, reduced carbon footprint through conservation of resources, saved power by up to 40 percent, thus helping reduce annual burden on Govt power subsidies by up to Rs 20,000 crore. And our technologies can lead to a reduction in costs and maintenance on pumps by 30 percent,

Given the significant contribution of the agriculture sector in the Indian economy, the Government of India in Budget 2016–17 proposed a number of measures to improve agricultural productivity and the lives of farmers. The initiatives include irrigation of 2.85 million hectares of land, grant of Rs 287,000 crore to gram panchayats and municipalities, and 100 percent village electrification by May 01, 2018.

Since micro-irrigation is key to enhancing agricultural output, the government has allocated Rs 5,300 crore under the Prime Minister Krishi Sinchayee Yojana. Power Minister Piyush Goyal, in January this year, had announced to invest Rs 75,000 crore in an energy-efficient irrigation scheme over the next three to four years. The scheme will see the procurement of 30 million sophisticated pump sets for farmers.

Apart from the central government, the state government also seems to be very agile in taking initiatives conducive to irrigation improvement. The Government of Telangana has announced its intention to invest Rs 81,000 crore to accomplish ongoing irrigation projects and shoulder a few new projects.