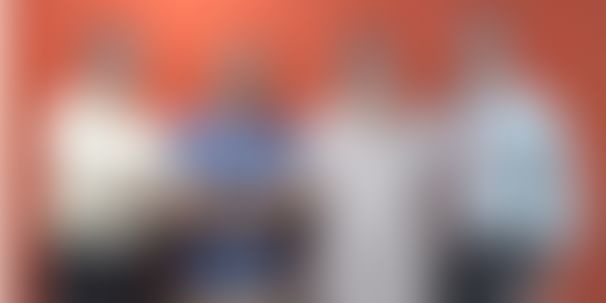 The raised funds will be used to further develop technology and also to expand its reach in the market. Tricog will be expanding to cover all major cities and towns during 2016-17.

The startup was founded in January 2015 by Dr Charit Bhoraj, an interventional cardiologist by training, Zainul Charbiwala, an electrical engineer and researcher by training, Udayan Dasgupta, an algorithms expert, and Abhinav Gujjar, who is Chief Software Architect at Tricog.

The platform helps healthcare centres in installing a cloud-based ECG machine. So at the time a doctor takes a patient’s ECG, the information is sent to their centrally located hub where a qualified expert is available 24/7. The Tricog specialist interprets it and sends back a report through an SMS as well as a message on their mobile app. This increases the speed of the diagnosis.

According to Dr Charit Bhograj, DM (Cardiology), CEO of Tricog, “In India alone, 5 million people suffer heart attacks every year and 3 million of those don’t survive. The average time it takes to diagnose a heart attack in urban India is 360 minutes. The chances of survival with this delay are a mere 20 percent. If this delay were reduced to 90 minutes, the survival probability jumps to 80 percent. Tricog’s aim is to change that patient’s 80 percent chance of death to an 80 percent chance of staying alive.”

Till date, Tricog has expanded to close to 250 clinics, nursing homes and hospitals in 12 cities and towns, both urban and rural, and claims that around 100,000 patients have been diagnosed.

“Advanced algorithms and data visualisation help our expert doctors, ensuring accuracy and speed. The next step will be to unleash the potential for the algorithm to be used in personal health devices and wearable devices,” added Dr Charit.

Sanjay Nath, Managing Director of Blume, said, "We were impressed by the very real pain point the experienced team at Tricog is solving- using technology to help save the lives of patients facing cardiovascular disease. Tricog's deep data and algorithm-driven platform, augmented by a communicator (a proprietary hardware device manufactured by them) can reach patients in urban areas as well as remote locations."

The entire healthcare market in India is estimated to be worth around $80 billion, and the online market is estimated to grow to over $42 billion in the coming years. But not many core healthcare players are entering the analytics part solely; they usually provide overall healthcare services like booking appointments and facilitating video chats.

Among the major players in the heathcare segment, Tencent-backed Practo and Accel-backed Portea secured $37.5 million and $90 million respectively in funding last year. Lybrate had also raised $10.2 million in Series A round from Tiger, Nexus and Ratan Tata in the same year. A number of early-stage deals were also closed including Healthenablr, Tiyo and DocsApp, among others.